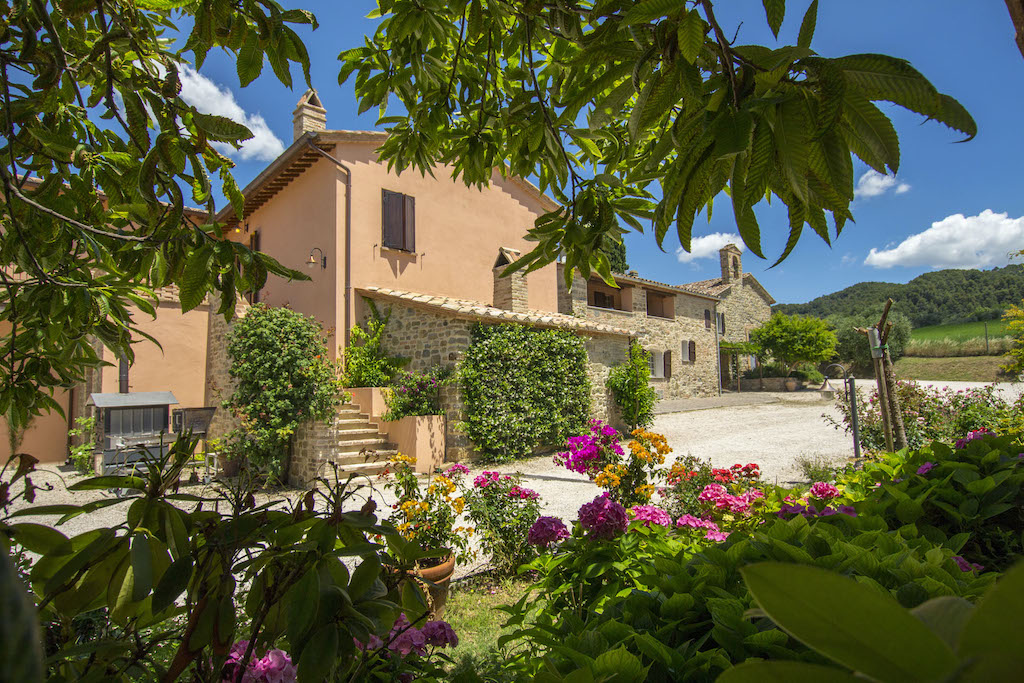 FINE ARTISTIC VILLA IN
THE HEART OF UMBRIA 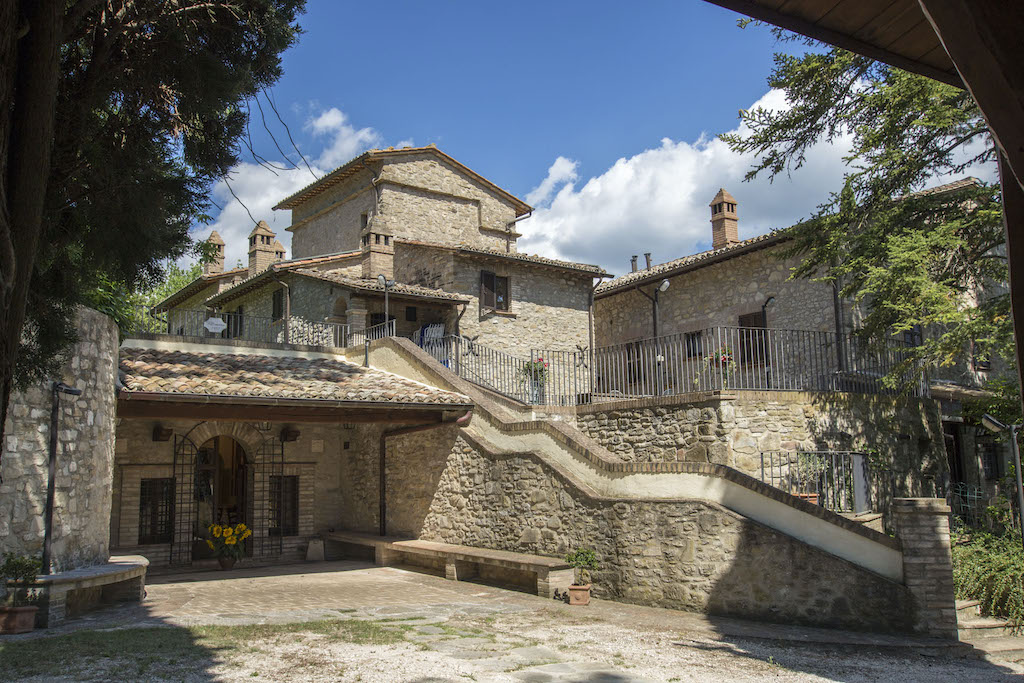 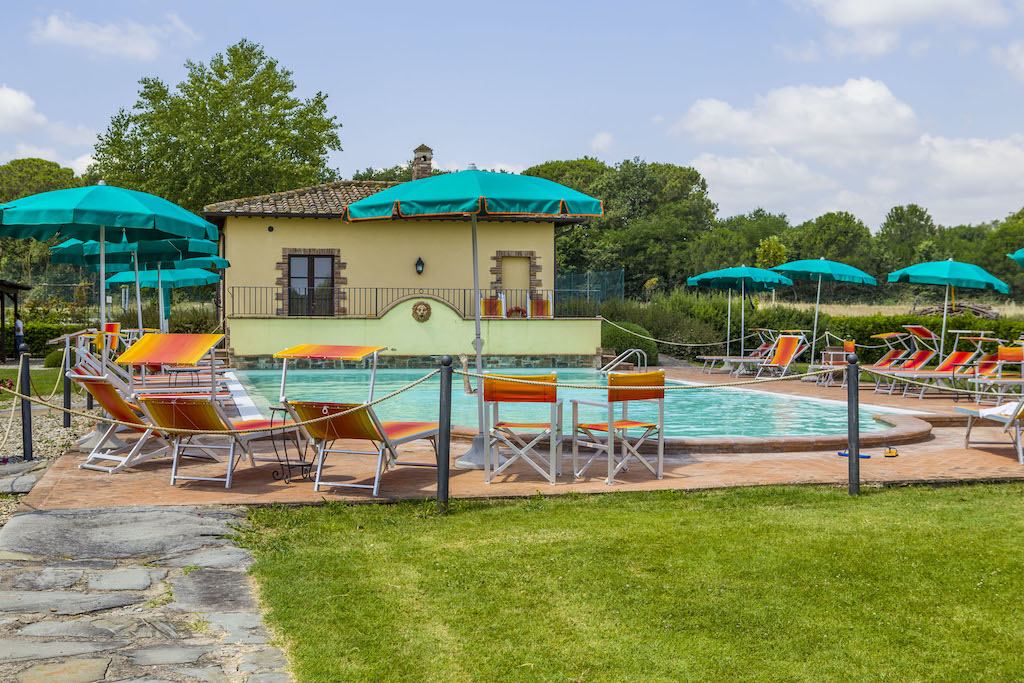 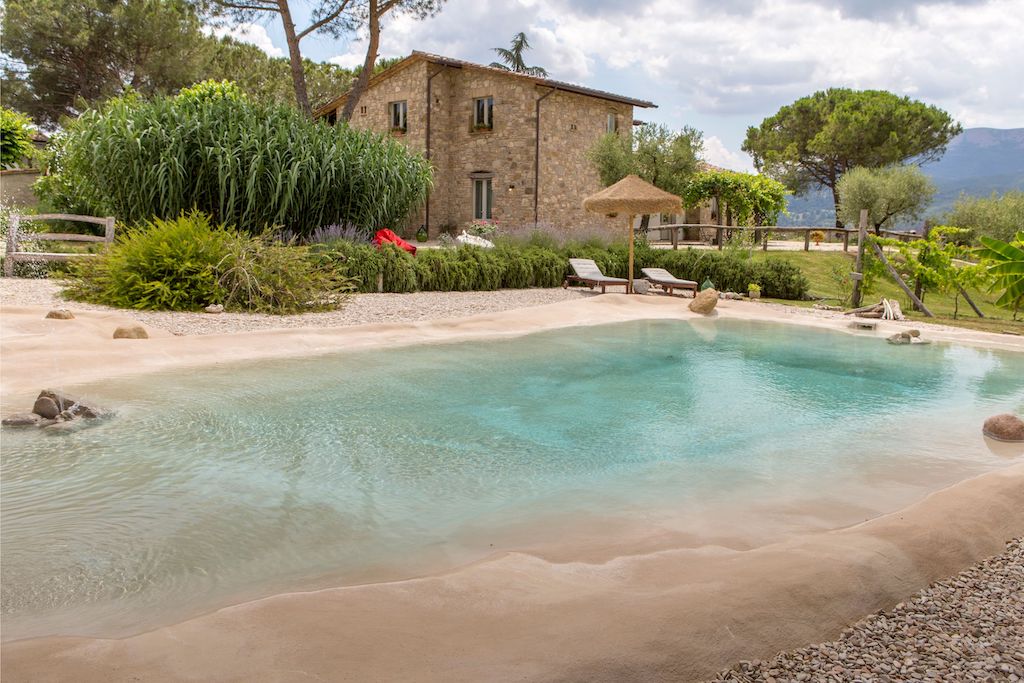 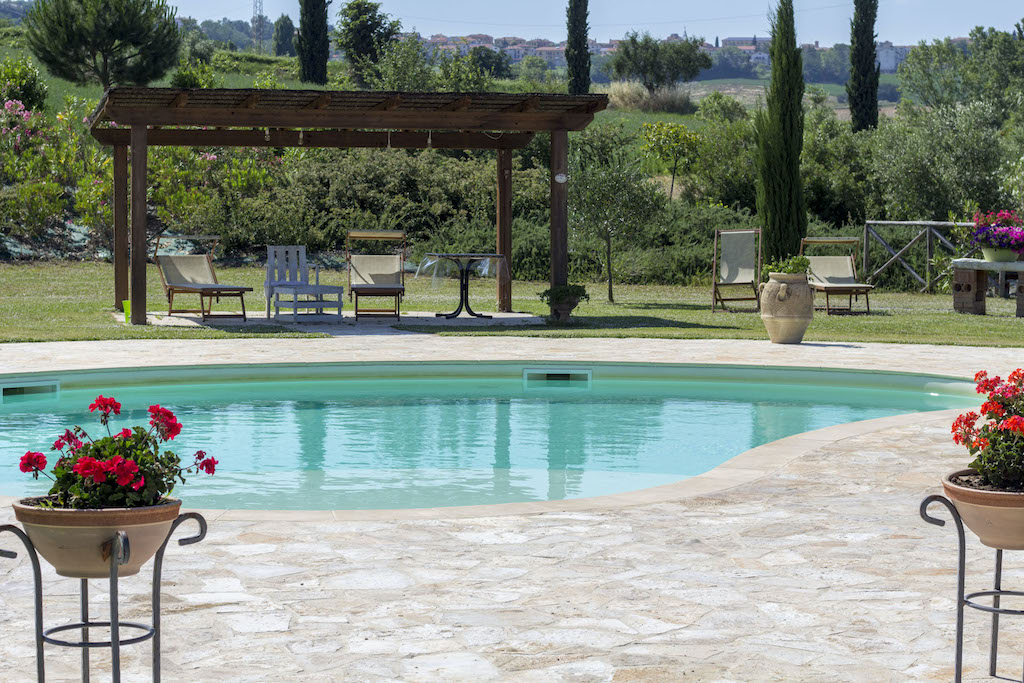 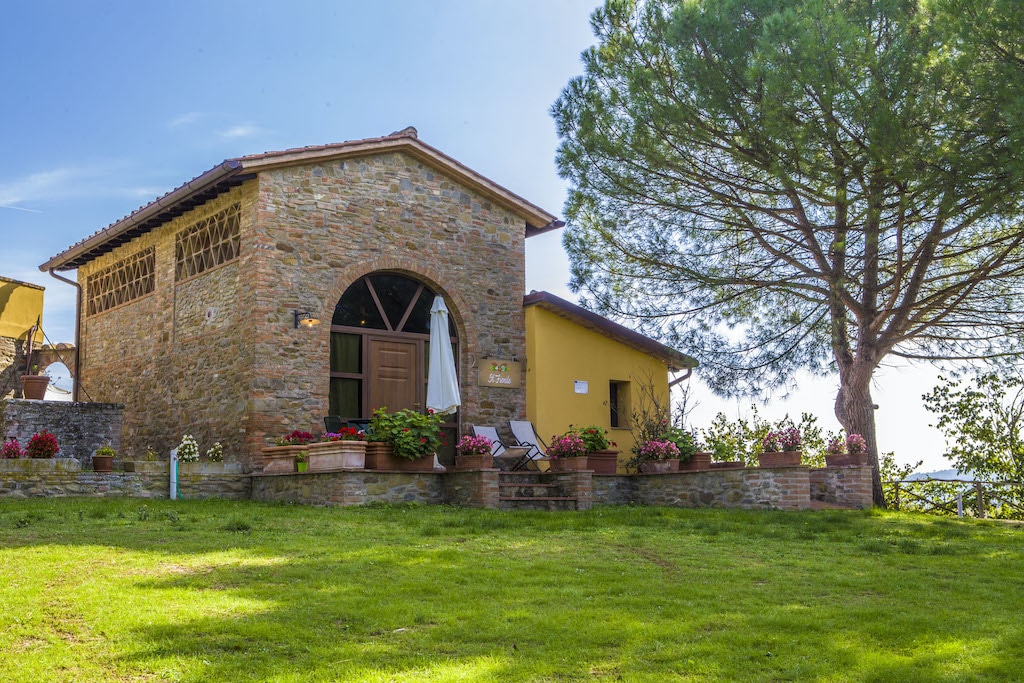 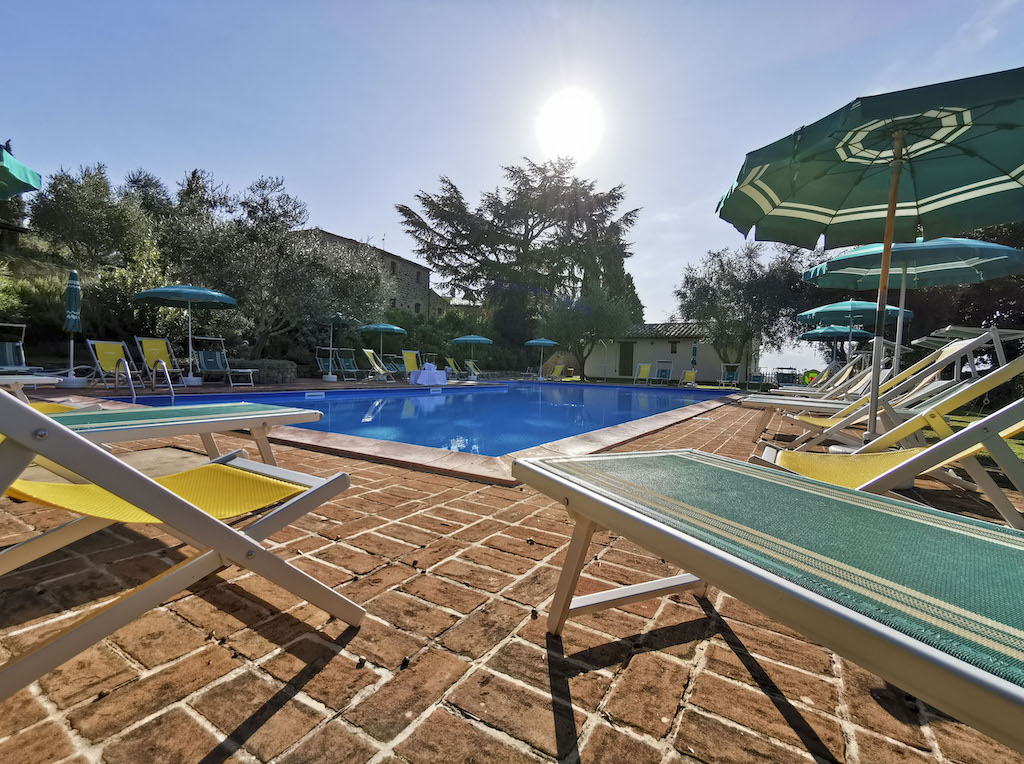 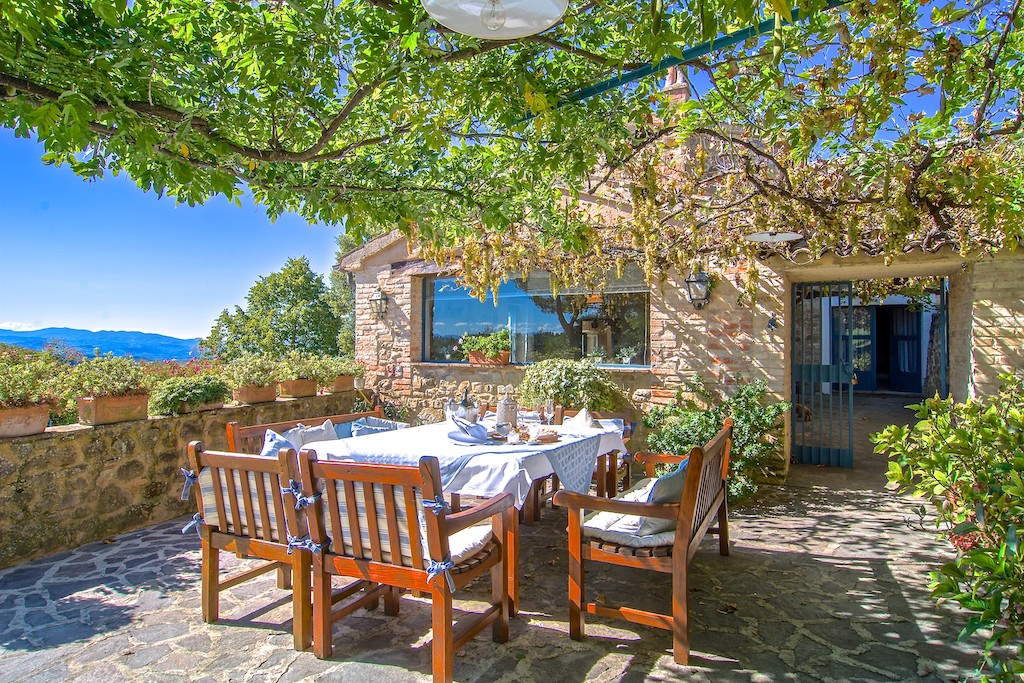 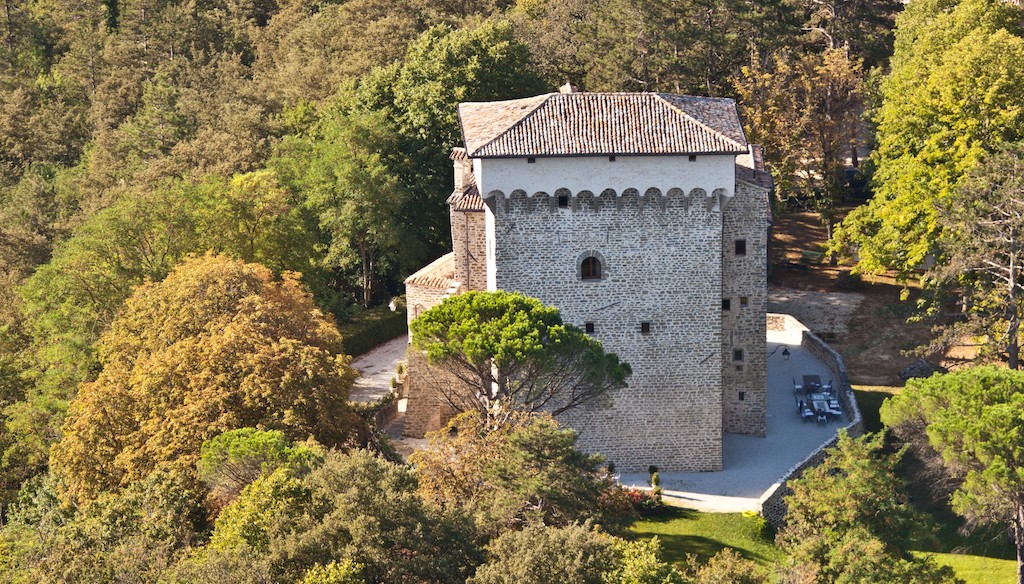 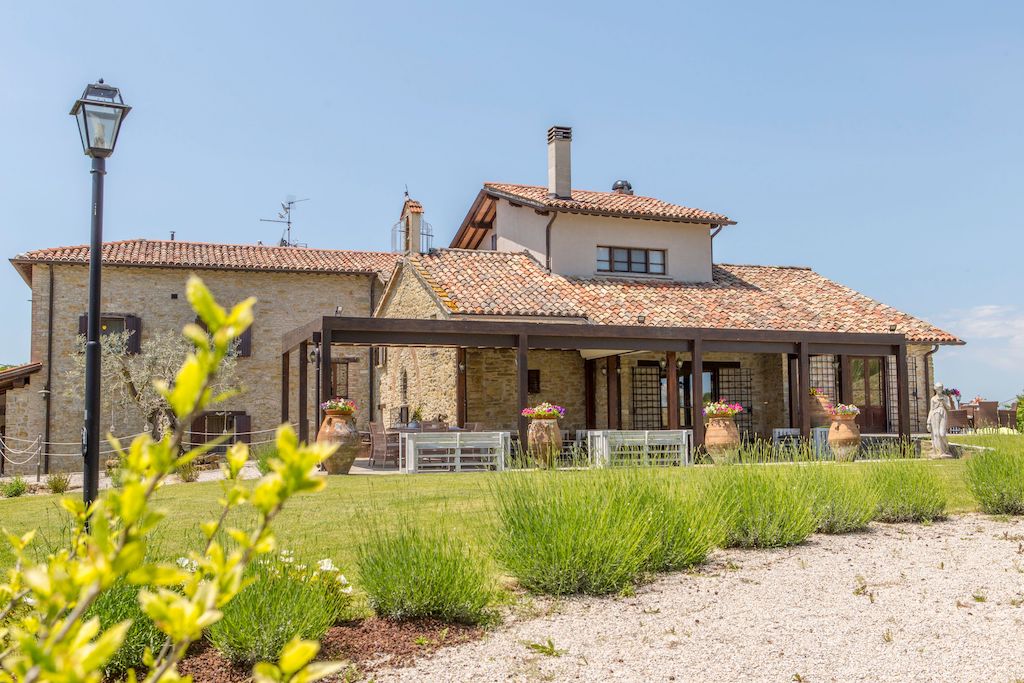 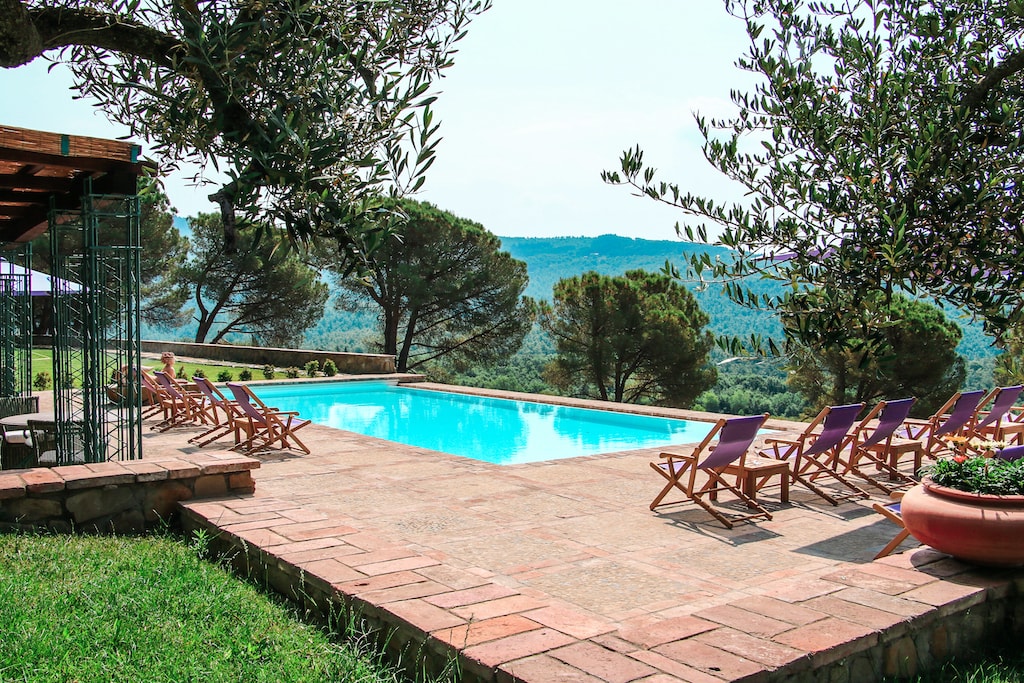 THE VILLA OF AN ARTIST WITH
TUSCAN CHIANA VALLEY VIEW 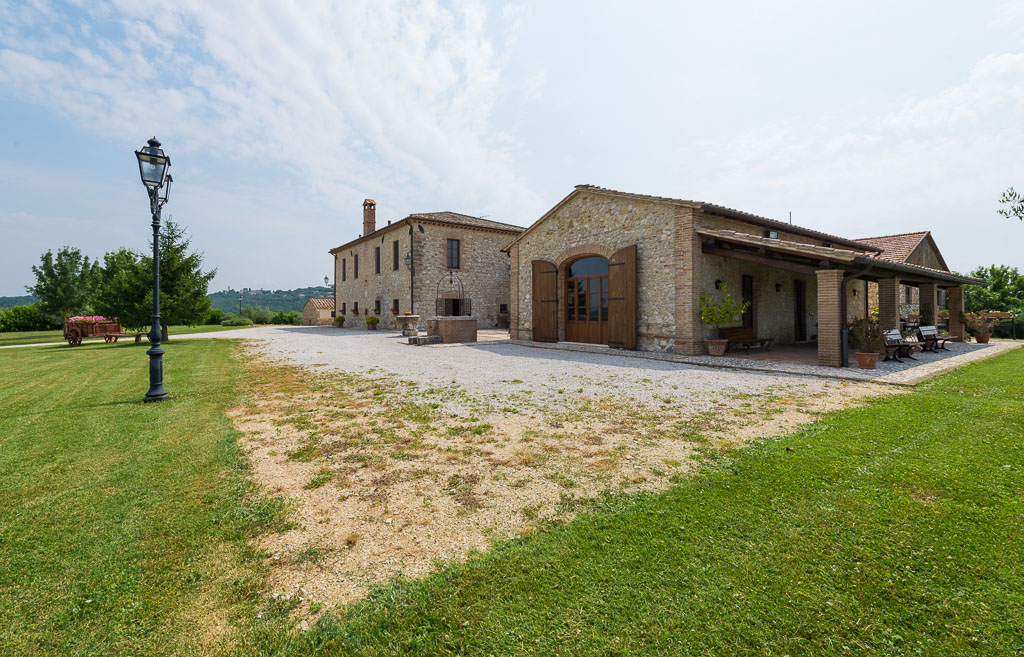 TRULY ENCHANTING VILLA
NEAR FROM AMELIA 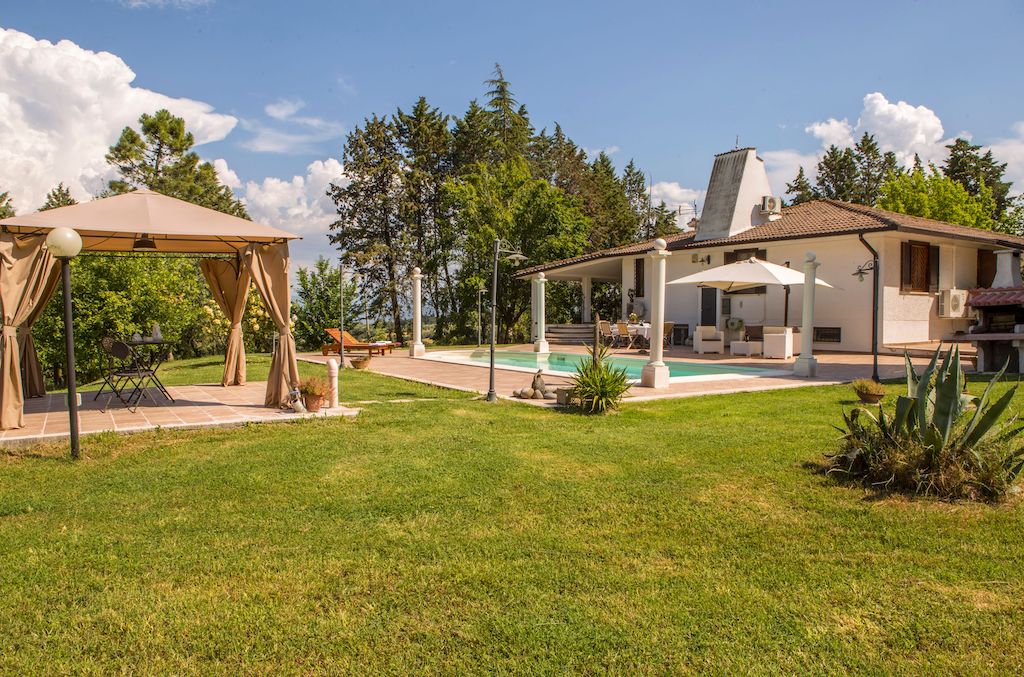 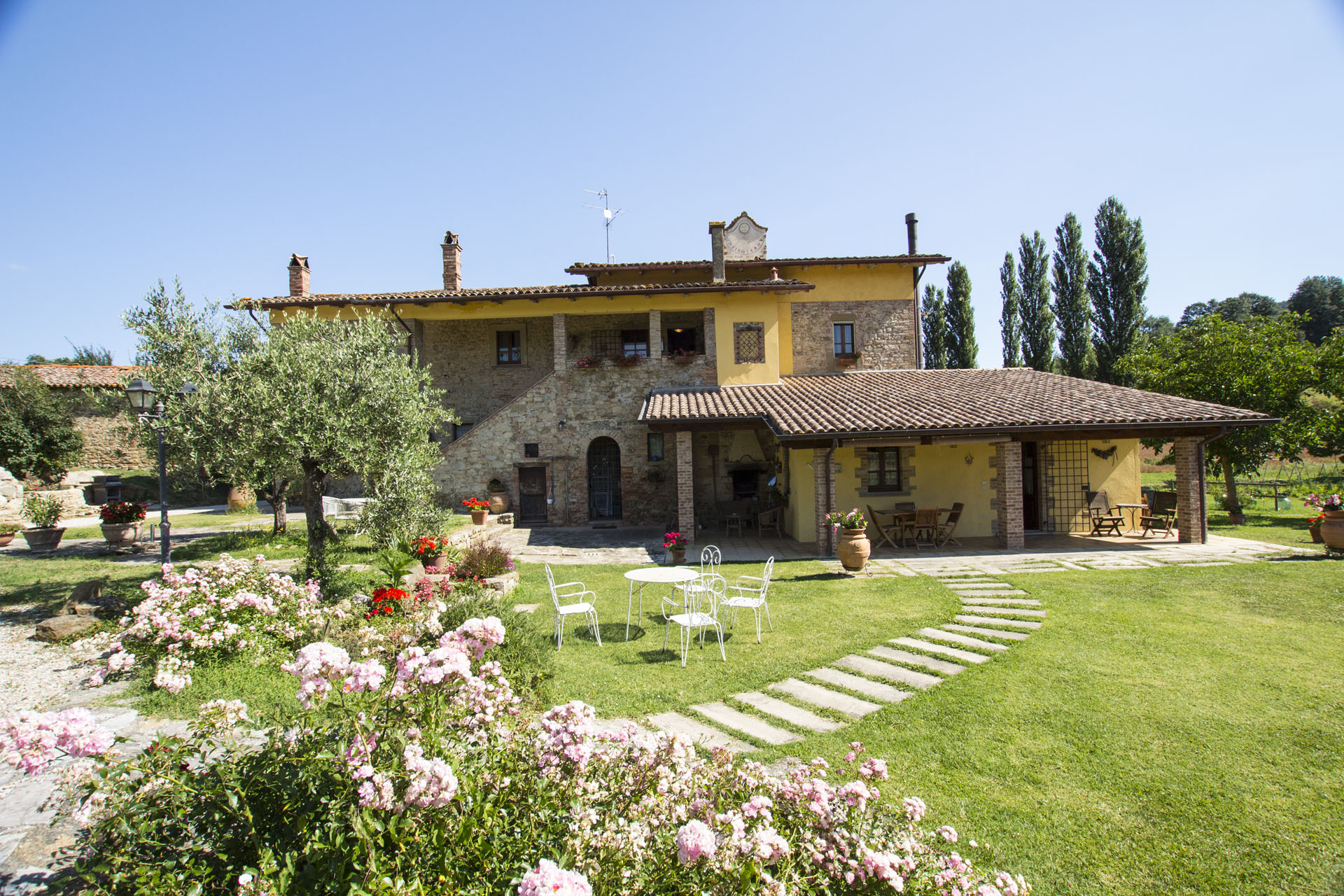 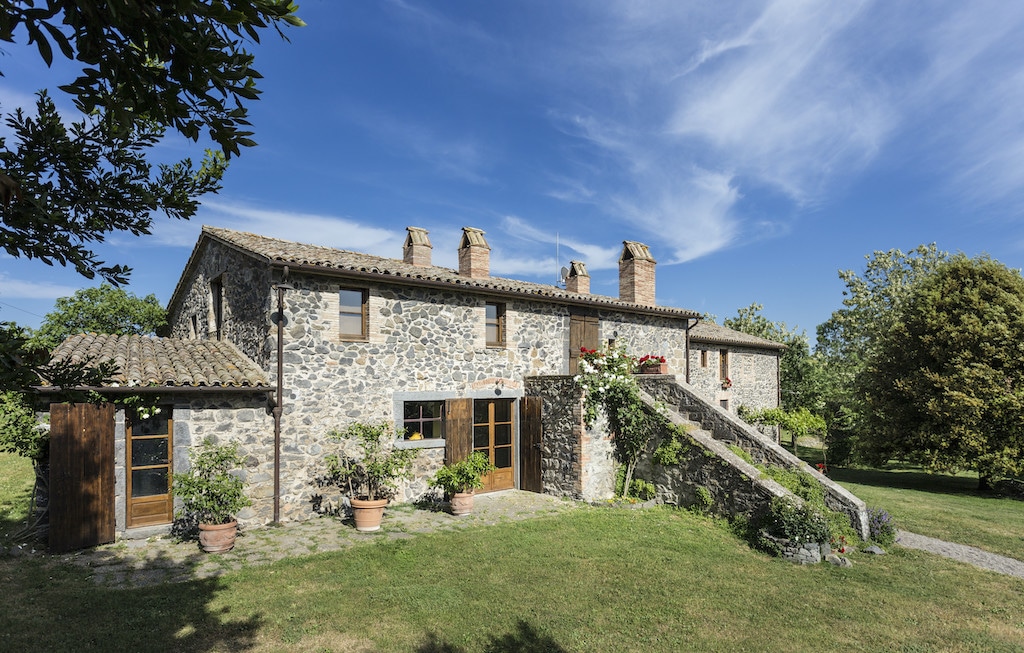 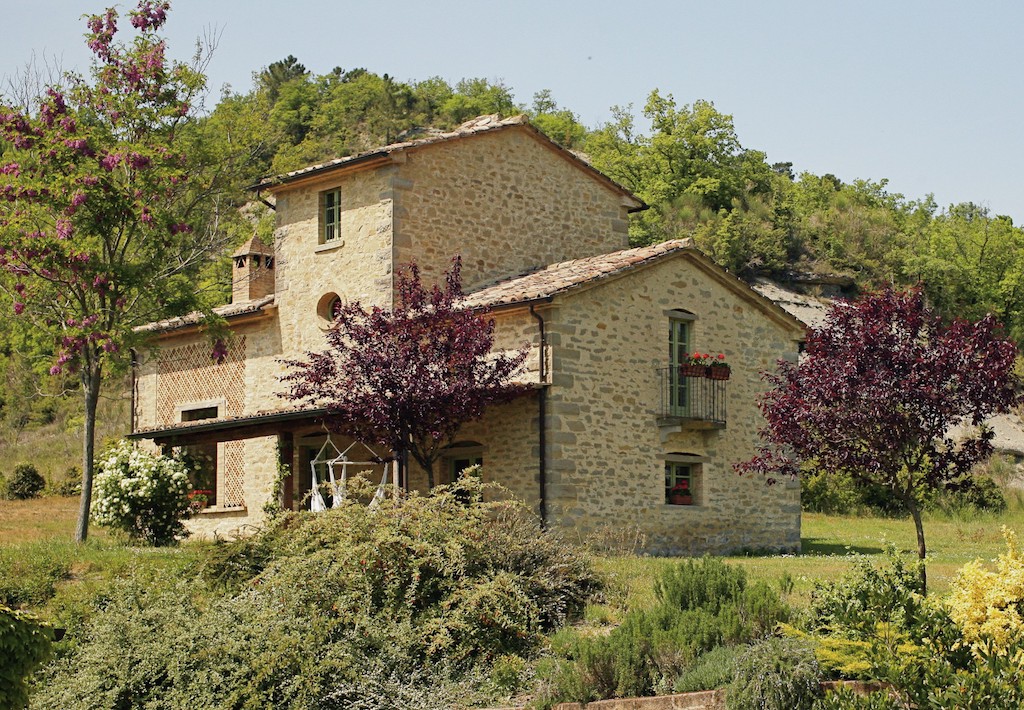 OPULENT ESTATE WITH
VIEWS OF THE ENTIRE VALLEY 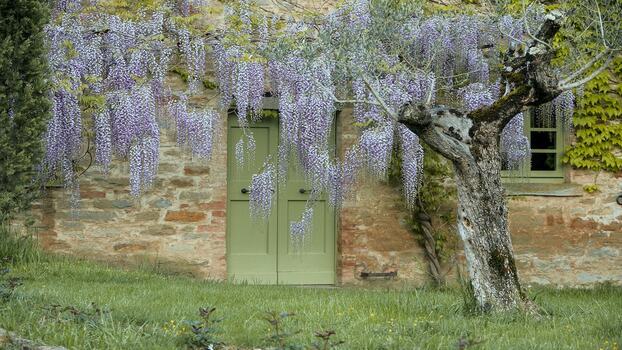 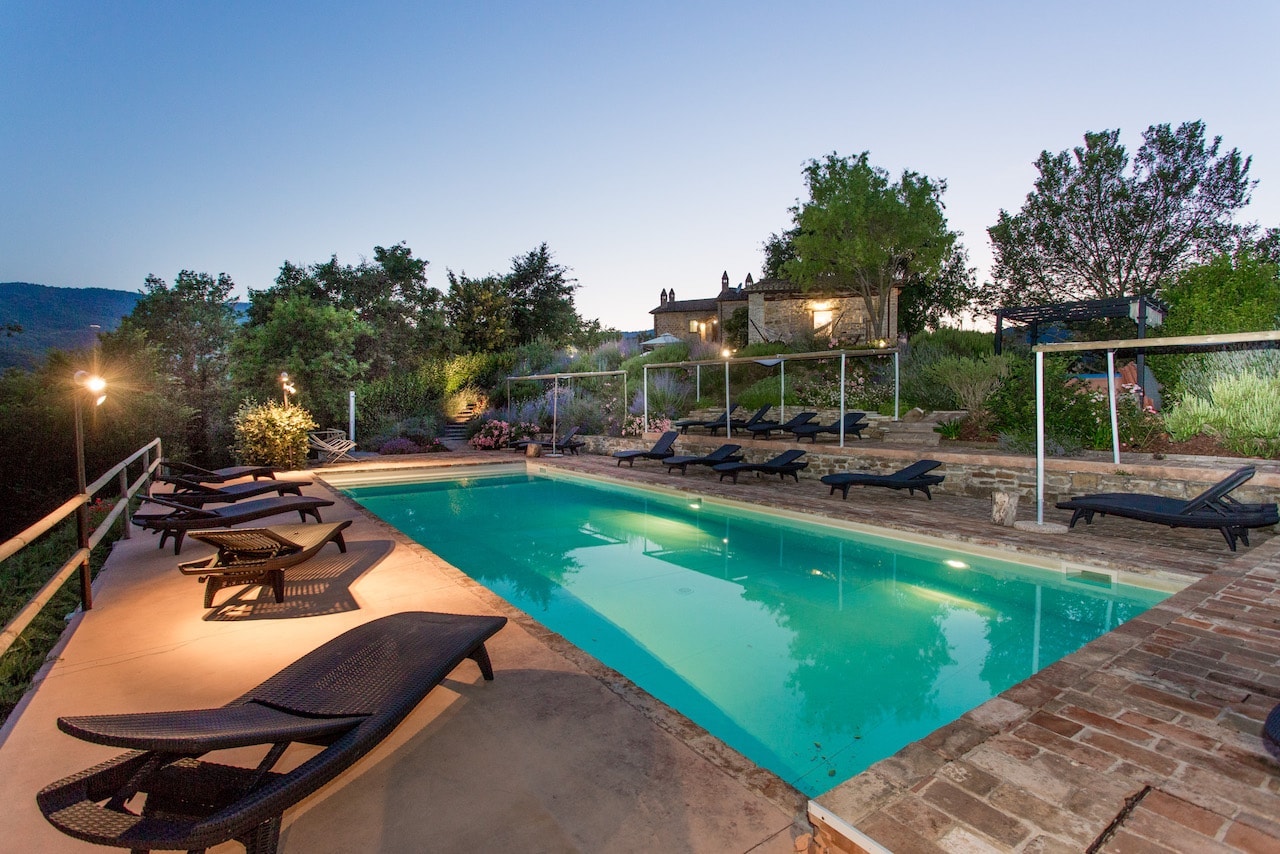 A PIECE OF HEAVEN VILLA
WITH POOL AND JACUZZI 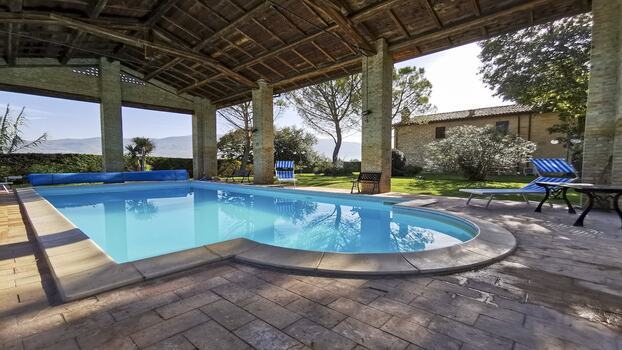 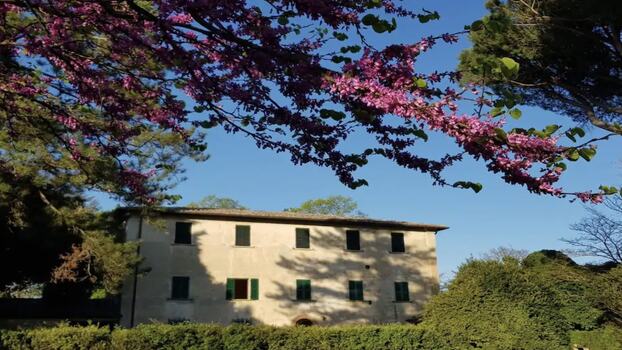 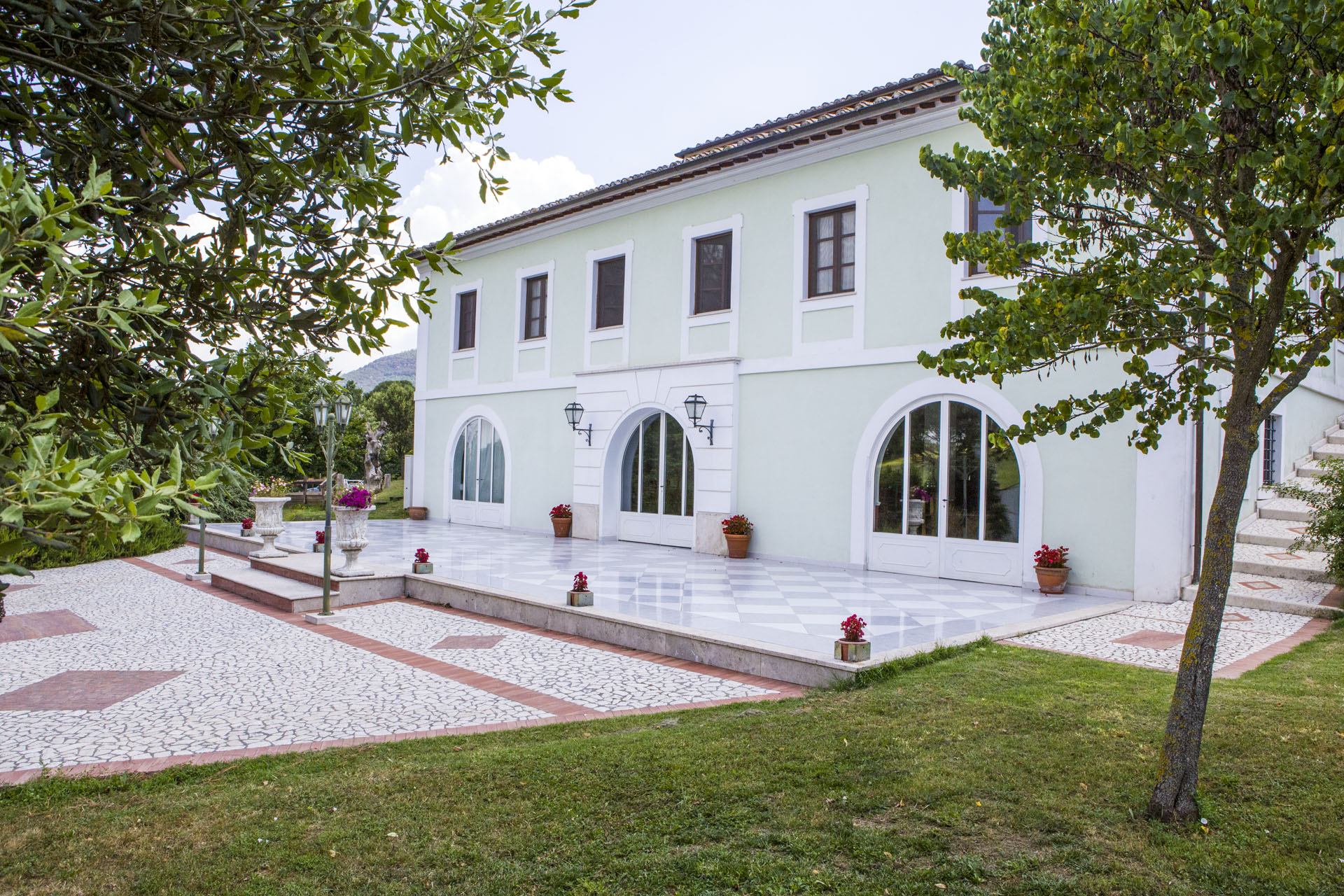 A SPLENDID FAMILY VILLA WITH
LARGE POOL AND PANORAMIC TOWER 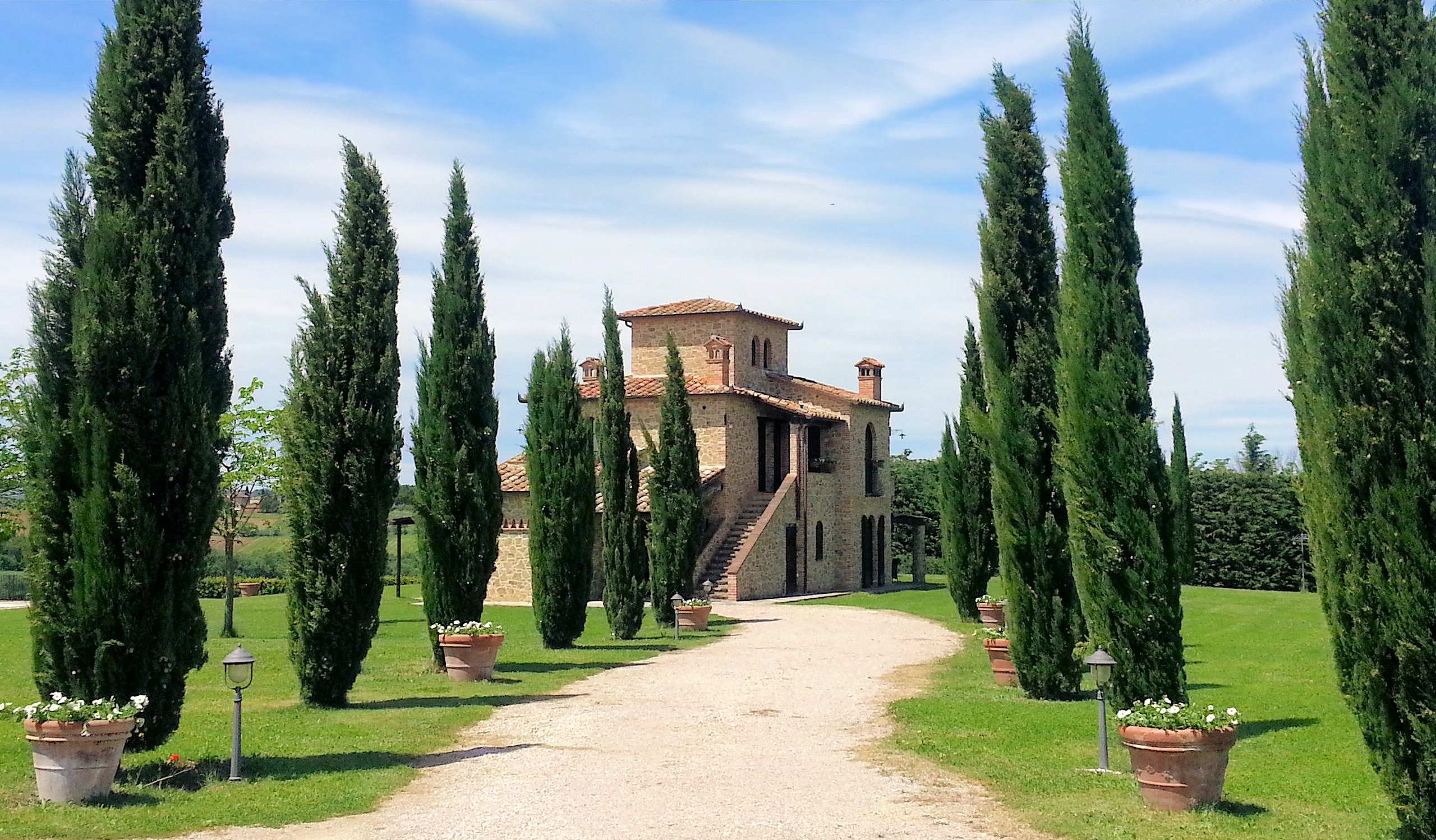 FABULOUS VILLA NESTLED AMONG
THE VINEYARDS AND CYPRESSES

NATURE AT ITS FINEST

Umbria has been called "Italy's Green Heart." It is green, mainly agricultural, and more sparsely populated than its western neighbor, Tuscany. Umbria has no access to the Mediterranean but is home to one of the largest lakes of Italy. Umbria is for the laid-back traveler, one who would perhaps like to sip the uniquely Umbrian wine called Sagrantino in one of the many Umbria Wineries. There are plenty of interesting and historic towns to discover; the regional capital Perugia, Saint Francis's town of Assisi, or the Etruscan city of Orvieto.

There are interesting places to stay in Umbria. There's a restored Monastic outpost in Umbria called La Preghiera that hosts guests. Another place to consider is Fontanaro, a collection of houses forming a sort of rural cooperative where you can learn about Umbrian cooking, wine, and the making of organic olive oil. If you love to eat well and stay in a rural B&B, the Casale di Mele might be the perfect place to stay. This short account provides a thread to guide you through the labyrinth of this complex story. You'll find more detailed local history in the individual town pages.

Umbrian cuisine is best described as farm-to-table. Foods change with the season and, when in season, you can enjoy dishes made with the highly prized truffles of the region. Deborah Mele's introduction to the cuisine, The Foods of Umbria, will give you all you need to know about the food and food traditions of Umbria.

Italy’s green heart, Umbria is a land unto itself, the only Italian region that borders neither the sea nor another country. This isolation has kept outside influences at bay and ensured that many of Italy's old-world traditions survive today. Travel here and you’ll still see grandmothers in aprons making pasta by hand and front doors that haven't been locked in centuries.

Assisi is a captivating commune. With its medieval streets, sacred shrines, entrancing churches, and a spellbinding castle, it’s no surprise it’s Umbria’s most famous town for tourists and pilgrims alike. It was the city where Italy’s Patron Saint, St. Francis, lived and prayed, so it’s a spiritual experience for many. Admire the views from the fortress of Rocca Maggiore and get great shots of Basilica di Santa Chiara and Santuario San Damiano. The two-thousand-year-old ancient Roman Temple of Minerva is also a fantastic photo opportunity. Take a moment to reflect at Eremo delle Carceri, where St. Francis prayed in isolation. Explore the Roman Forum, stroll along Via San Francesco, and see St. Rufino Cathedral, the church dedicated to Assisi’s Patron Saint, Rufino, which is home to the 12th-century crypt of Basilica Ugoniana.

Perched dramatically on top of enormous tufa cliffs, the hillside town of Orvieto is picturesque. Easily reached by train or car, it’s the perfect day trip from Rome. But, there’s so much to see and do that you should allow plenty of time. Dating back to Etruscan times, Orvieto is split in two: the old-town hilltop and the new town at the base, connected by escalators and elevators, as well as a cable car (the most scenic form of transport).

Nestled within central Umbria, Perugia is the region’s thriving capital. This picturesque Etruscan town is charmingly medieval, with a backdrop dominated by Italy’s largest fortress, the Rocca Paolina. Believed to be older than Rome, Perugia definitely lives up to its steadfast reputation. Explore Perugia’s attractive center overflowing with Etruscan ruins, including the third-century Sorbello Well. Visit Piazza IV Novembre, where the Fontana Maggiore fountain forms the centerpiece. Other sights include the Italian art museum, La Galleria Nazionale dell’ Umbria, the church of Sant’Angelo and the monastery of Sant’Agnese. You’ll also find the Universita per Stranieri, an excellent Italian language school, as well as the first wine school in the world in Perugia!

Gubbio is a medieval town in north-eastern Umbria. Despite being so close to Assisi, it’s surprisingly set off the main tourist track. Surrounded by avocado countryside and connected to Mount Ingino via a scenic cableway, this hillside Italian town is undeniably magical. When it comes to authenticity, architecture, and atmosphere, Gubbio has it all. Dating back to pre-Roman times, Gubbio is one of Umbria’s oldest towns. The town center is a pleasing mix of medieval, gothic and Renaissance architecture built from grey limestone. It’s known as the “City of Fools” because you can obtain a “madman’s license” (and Eugubina citizenship!) by merely circling the small fountain in Largo Bargello three times.

Spoleto is one of those rare non-touristy towns. Totally off the beaten path, this medieval village has a steep historical center, accessible via a travellator, that dates back to 241 BC. Inhabited by the original Umbri tribes in the 5th-century BC who built fortifying walls that can still be seen today, it was only in 774 that it became part of the Holy Roman Empire, when one of the Dukes of Lombard made it their official residence. Chosen as the filming location for the famous Italian soapy, Don Matteo (because it depicts a typical Italian town yet to be overrun by tourists), Spoleto promises all the best things about Italy – lovely restaurants, hearty cuisine, and fantastic wines. Don’t miss the black truffles and red wine from Montefalco!

Marmore Falls is one of the tallest human made waterfalls in the world. Tucked within Nera River Park – also known as Waters’ Park – it was built by the Romans back in 271 BC to divert the overflowing stagnant waters of the River Velino into the River Nero. Today, the falls feed the Galleto Hydroelectric Power Station, which has enabled the metal-working, electrochemical, and electric industries at Terni. Yet the falls remain steeped in myth and legend. Popular belief dictates that a nymph called Nera fell in love with a shepherd named Velino. A jealous lover called Juno transformed Nera into a river and then threw himself over the cliff in order to be reunited with her forever. This mortal jump now lingers for eternity in the sprays of the waterfall.

Narni is a quiet hamlet overlooking the lush Nera Valley. Known for its spectacular sunsets that take center stage over the backdrop of the Umbrian countryside, it’s one of the most romantic little villages in Italy. But the old town has historical and cultural significance too. Admire the incredible artwork at the Civic Museum and explore Narni Sotterranea – an unbelievable underground town only discovered in 1977. Inside, you’ll find a 13th-century Benedictine church painted with amazing frescoes, a Roman cistern, a Holy Inquisition courtroom, and an eerie prison cell.

Lake Trasimeno, with its hillside olive groves, undulating vineyards, and quaint stone villages, is one of the most enchanting destinations in Umbria. The fourth-largest of Italy’s lakes, Trasimeno is surrounded by ancient towers, fortresses, and Renaissance-style churches. On the lake itself, you’ll find pastel-colored wooden fishing boats, three scenic lake islands, and some of the most dramatic sunsets in Italy. While the lake is located inside the region of Umbria, it’s northern shoreline hugs the border of Tuscany. The villages peppering the lake have a resort-style atmosphere. Peak season runs from April to October, when tourists descend to take advantage of the mild climate, beaches, and hiking and biking trails. Visit out of season and you’ll find many shops and restaurants closed.

Spello is an ancient walled town with honey-colored houses cascading down the slopes of Saint Francis’s mountain, Monte Subasio. Located on the doorstep of Assisi in east-central Umbria, it’s a small town that you can explore on foot in just several hours. Small it may be, but its civilized pace and gorgeous views make it well worth a visit. In fact, it’s easily one of the most beautiful villages in Italy! Built from Subasio marble, the entire town takes on a pinkish color around sunrise and sunset – the photos are simply gorgeous!

The closest airports are Rome, Pisa, and Florence. Perugia now has an airport with flights from other parts of Italy and Europe as well. The International Airport Of Perugia You can find out about flights into Perugia here as well as car rental and bus information at the airport.

Buses connect most smaller towns and villages, and provide the only public transport access to Norcia and Gubbio, though services can be sparse on Sundays; tickets should be bought before boarding, generally in newspaper booths or tabacchi (look for the blue “T” sign). Don’t forget that train and bus tickets always need stamping: for trains, in the orange machines on platforms and in station buildings, for buses, in the machines on board.

There are direct trains from Pisa Aeroporto train station to Florence every two hours (journey time 57 mins), and more frequent connections that involve a change at Pisa Centrale (trenitalia.com). From Florence there are frequent connections to Perugia, usually with a change at Terontola (see below). Flights to Rome leave a similar two-hour-plus journey time by train or car to southern Umbria.

Driving is the best (sometimes the only) way to explore the remoter rural areas. Umbria roads are generally well-maintained, and 24-hour petrol stations are reasonably common, though don’t always count on being able to use your credit card in the machine. Parking in many historic towns is restricted or metered.