The expertise and the strong connection with its’ top clientele, has made Smiling House a trustful partner to handle the search for second homes. Investing in a vacation home promising high yield as well as a second home to enjoy for your personal needs. 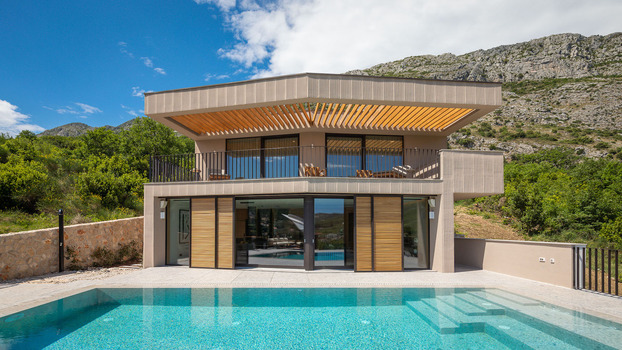 Croatia's extraordinary island-speckled coastline is indisputably its main attraction. The first thing that strikes you is the remarkable clarity of the water. When it's set against a dazzling white pebbly beach, the water sparkles with a jewel-like intensity in shades of emerald and sapphire. There are long sandy and shingly stretches too – perfect for lazy days spent lounging and devouring trashy holiday novels. If that all sounds too relaxing, there are water-based activities at hand to lure you off your sun lounger – snorkelling, diving, kayaking, windsurfing and sailing, just for starters.

Precariously poised between the Balkans and central Europe, this land has been passed between competing kingdoms, empires and republics for millennia. If there's an upside to this continual dislocation, it's in the rich cultural legacy that each has left behind. Venetian palaces snuggle up to Napoleonic forts, Roman columns protrude from early Slavic churches, and Viennese mansions face off with Socialist Realist sculpture. Excellent museums showcase treasures that cover the gamut of European history, from the prehistoric to the post communist, telling a story that is in equal parts fascinating and horrifying. Shift your gaze for just a moment from the glittering waters and chances are an almighty mountain will loom into view. The Dinaric Range, which stretches all the way from Italy to Albania, hugs much of the coast. The limestone karst has bequeathed a wonderland of craggy peaks, caverns, river canyons, waterfalls and ridiculously picturesque lakes. Head further inland and things flatten out again into rolling farmland. Active types will find plenty of chances to get among it on the numerous hiking and biking trails, while the more adventurous can have a go at rock climbing, rafting and zip-lining.

If you're lucky enough to cross the tourist/guest barrier and be invited into a local's home, you'll soon become acquainted with the refrain 'Jedi! Jedi! Jedi!' (Eat! Eat! Eat!). Sharing food and drink plays a big part in the culture here, which speaks both to the nature of Croatian hospitality and to the quality of local produce. Simple, homestyle cooking is a feature of family-run taverns, but increasingly a new breed of chefs are bringing a more adventurous approach to the table. Meanwhile, Croatian wines and olive oils are making their mark on the world stage, garnering top awards.

Historic cities and unspoilt nature are some of Croatia's top attractions. The vibrant capital city of Zagreb is home to some of the country's best museums, galleries, restaurants, and shopping. Along the coast, centuries-old harbor towns are packed with Venetian-era stone buildings, while countless pebble beaches offer things to do such as scuba diving, water skiing, and windsurfing.

In the Croatian capital, Zagreb, the main sightseeing area is the medieval Gornji Grad (Upper Town) district. Here, popular tourist attractions include the cathedral with its neo-Gothic façade, twin steeples, and treasury with its large collection of religious art and artifacts; the Croatian Parliament (Hrvatski sabor); the Church of St. Mark with its famous colored tiled roof; and the 13th-century Tower of Lotrscak, which you can climb for fantastic views over the city and the surrounding area. Also be sure to catch most people's favorite, the much-loved Museum of Broken Relationships.

Spreading over an area of some 320 square kilometers-it's 35 kilometers long and 13 kilometers wide-the Kornati archipelago encompasses 89 scattered islets, big and small. Rocky and arid with little fertile soil, the islets are practically uninhabited, though there are some very basic stone cottages dotted here and there. Originally built as one-room shelters by local fishermen and shepherds, they're now often used as holiday retreats or seasonal seafood restaurants. The best way to explore this stunningly beautiful coastal region is by private sailing boat, with the nearest charter base being located in Biograd Na Moru.

Zadar's car-free Old Town is built on a small peninsula jutting out onto Croatia's Dalmatian coast. Said to be the country's oldest continually inhabited city-it can trace its roots back as far as the Stone Age-its top tourist attractions are its many fine Romanesque churches, most of them built between the 9th and 13th centuries and filled with superbly preserved religious paintings and ornate golden treasures. Be sure to check out the 9th-century pre-Romanesque Church of St. Donatus; the 11th-century Church of St. Mary; and the Cathedral of Anastasia and the Church of St. Chrysogonus, both from the 12th century. Other things to do include visiting the Museum of Ancient Glass, as well as two popular modern installations, the Sea Organ and the Greeting to the Sun, both on the seafront close to the tip of the peninsula. One of the best free things to do in Zadar is to simply relax on picturesque Kolovare Beach, a stretch of sand and pebbles that backs onto a lovely park area.

Croatia's most photographed beach has to be the remarkable Zlatni Rat (Golden Horn, or Golden Cape). Located in Bol on the south coast of Brac, this unusual landform, known as a "spit," is made up of fine pebbles and runs 500 meters perpendicular to the coast. Depending on local winds and currents, it moves and changes shape from season to season. Backed by a cluster of pine trees offering shade and overlooked by the rocky heights of Vidova Gora mountain, it is lined in summer with sunbeds and umbrellas. Widely considered one of Europe's top beaches, the sea is warm enough to swim from June through September, and some people even manage to stretch the bathing season out to May and October, too. Extra attractions on the beach include water sports such as paddle boats, sea kayaks, and banana boat rides. Zlatni Rat is also Croatia's top windsurfing destination. Brac is accessible by ferry and catamaran from Split.

The Pretty Town of Korcula

The town of Korcula, the chief settlement on the island of the same name in South Dalmatia, sits snugly on a tiny peninsula. Protected by medieval walls and towers, its car-free stone alleys are laid out in a herringbone pattern so as to give shelter from the prevailing winds. Packed with centuries-old aristocratic stone buildings, Korcula was built at a time when the island was under Venetian rule. The top points of interest include Marco Polo house, said to be the birthplace of the renowned 13th-century explorer, while one of the best things to do is catch a performance of the moreska sword dance, a traditional dance staged for tourists just outside the town walls on summer evenings.

The western third of the island of Mljet has been designated as a national park. Largely covered by dense woodland, it centers on two interconnected, turquoise saltwater lakes, one of which has an islet capped by a 12th-century Benedictine monastery, which you can visit by taxi-boat. Popular with nature lovers, the park offers plenty of things to do, including exploring the numerous paths that run through the woodland. There's also a nine-kilometer trail that runs around the perimeter of the lakes, making it ideal for walking or mountain biking. The area is also popular for swimming and activities such as kayaking (kayaks can be rented to explore the lakes).

Located in northwest Croatia, on the Istrian peninsula, the Venetian-era seaside town of Rovinj is made up of pastel-colored houses ringing a pretty fishing harbor, and presided over by a hilltop church with an elegant bell tower. Besides the nearby pebble beaches, the main tourist attraction is the Batana Eco-Museum on the seafront, which tells the story of the batana, a type of wooden boat used by local fishermen. There are also plenty of top-rated hotels, up-market seafood restaurants, and art galleries to explore.

Lying off the Istrian peninsula, this archipelago of scattered pine-scented islets has been designated a national park (Nacionalni Park Brijuni). The largest island, Veli Brijun, is covered with beautifully landscaped parkland and is open to visitors year-round. The former President of Yugoslavia, Tito, used to entertain visiting foreign dignitaries here, and some of them brought him exotic animals as gifts, the descendants of which are now on show in the small safari park: elephants from India, antelopes from Zambia, and zebras from Guinea are the main attractions. The island is also home to an abundance of unique flora and fauna, along with evidence that dinosaurs once roamed here.

Widely regarded as one of the top tourist destinations on Croatia's spectacular Dalmatian coast, the attractive seaside town of Trogir is a delightful vacation destination to explore. With a rich history that dates all the way back to its founding in 380 BC, Trogir has at various times been ruled by the Greeks, Romans, Hungarians, and Venetians. Now a UNESCO World Heritage Site-an honor bestowed on the town in 1997-Trogir offers tourists no end of fun things to do. In addition to its many top-rated hotels and accommodation options, visitors are spoiled for choice when seeking a good seafood restaurant, or getting in some souvenir shopping.

Croatia Airlines is the national carrier, with its main hub in Zagreb. Domestic services head to Brač (summer only), Dubrovnik, Osijek, Pula, Split and Zadar. There are also flights between these regional centres, along with flights to Rijeka from Split and Osijek. Trade Air has flights from Osijek to Zagreb, Pula and Rijeka; from Rijeka to Split and Dubrovnik; and from Split to Pula and Dubrovnik.