The Island of Brac Stone 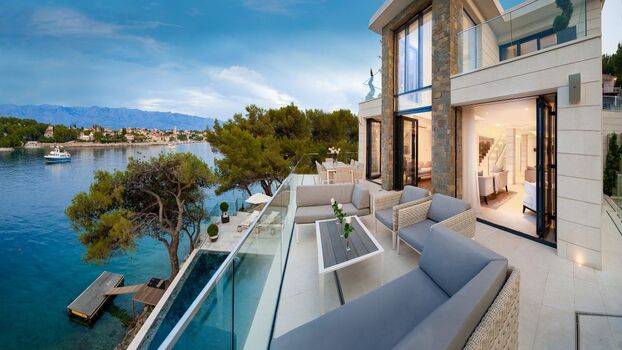 PREMIUM SEAFRONT VILLA
BY THE SILENT BAY OF SUMARTIN 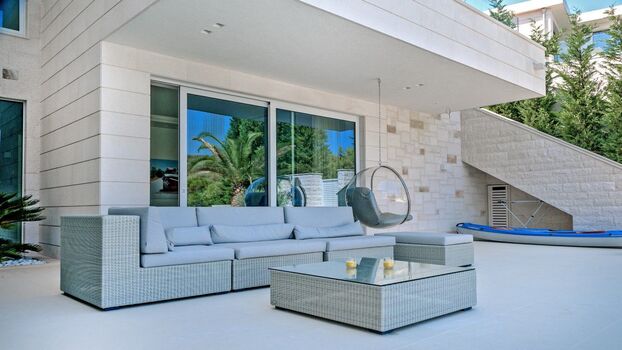 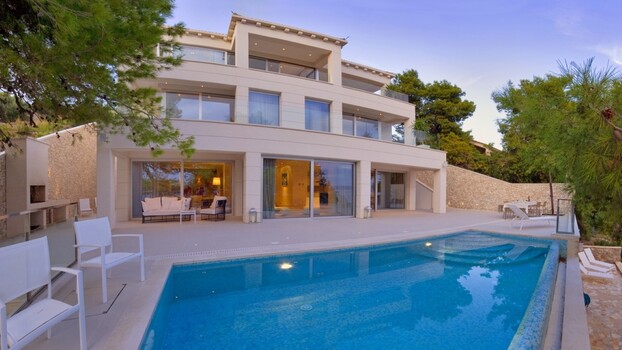 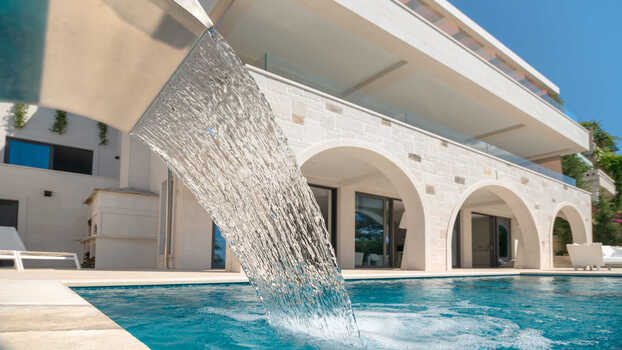 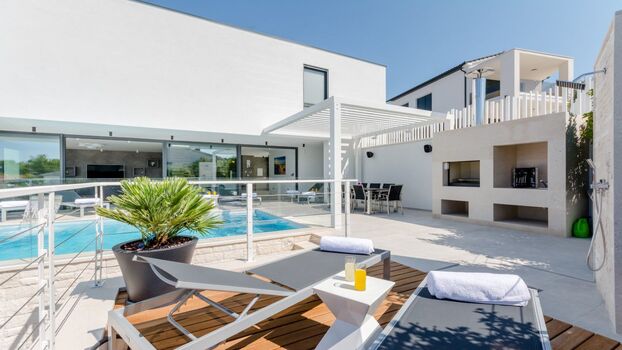 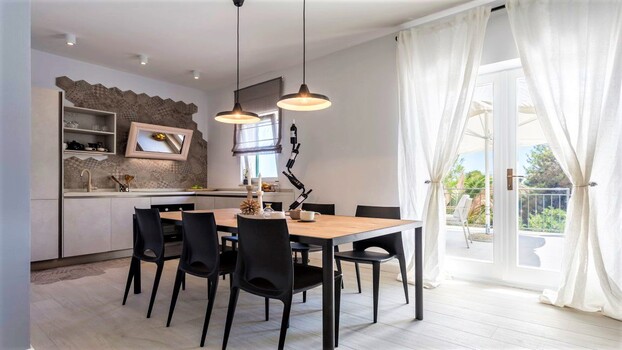 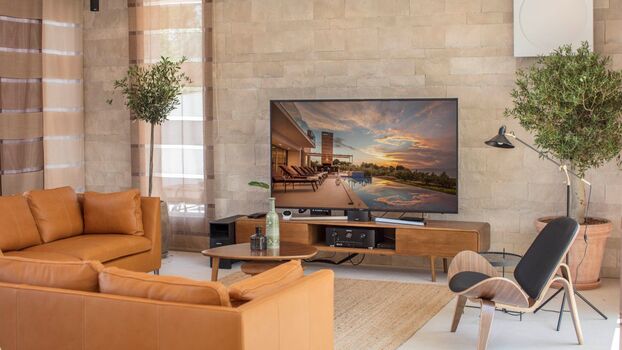 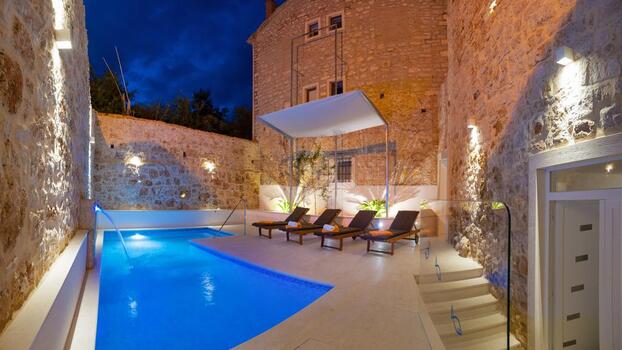 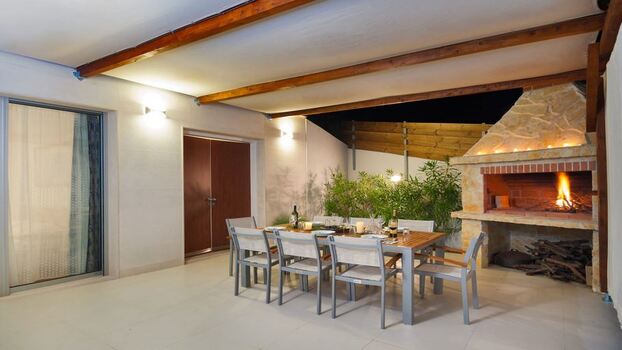 EXQUISITE MODERN VILLA IN
THE QUIET BAY OF BOBOVISCA 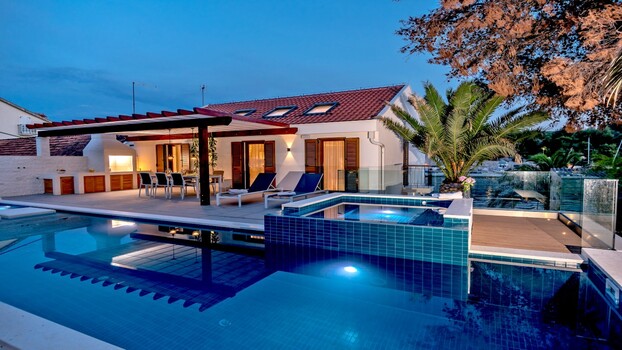 GORGEOUS PARAGON VILLA
AT THE CENTER OF MILNA

SPECIAL CERULEAN VILLA WITH
THE CALM BREEZE OF SUPETAR 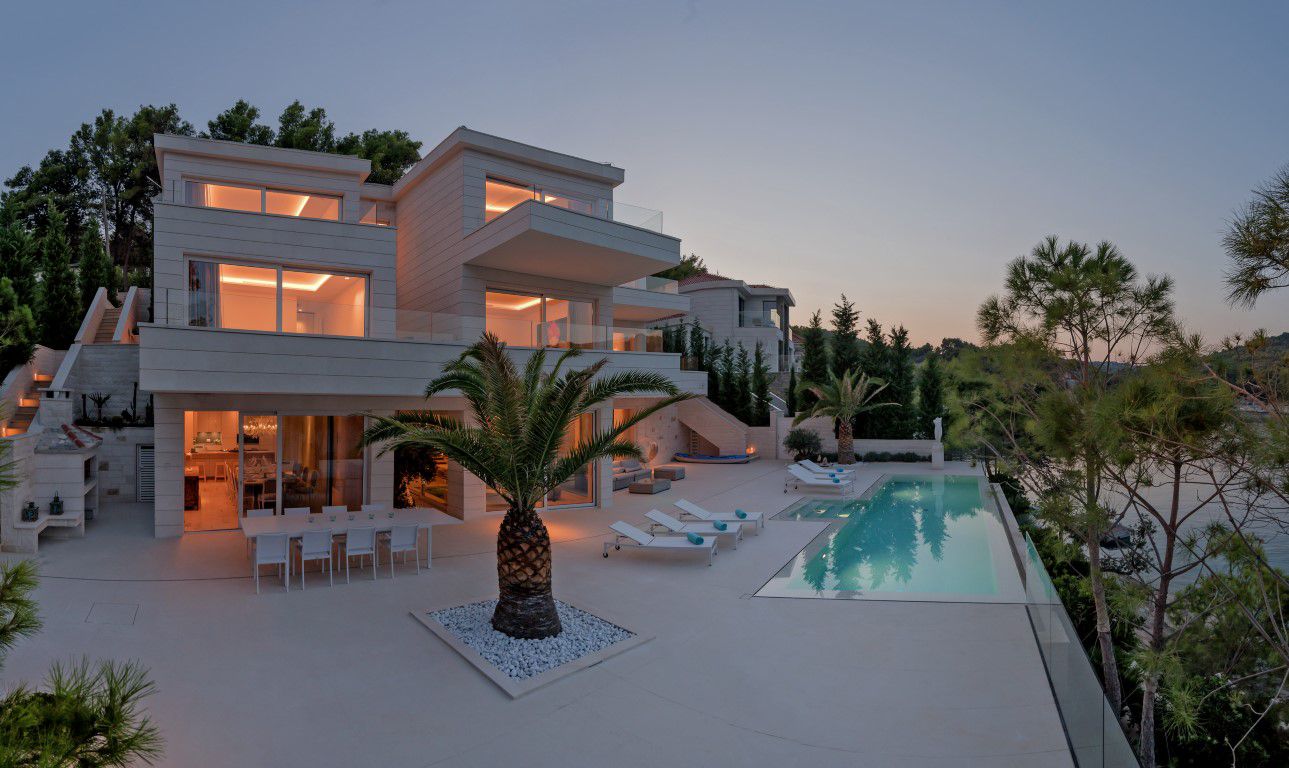 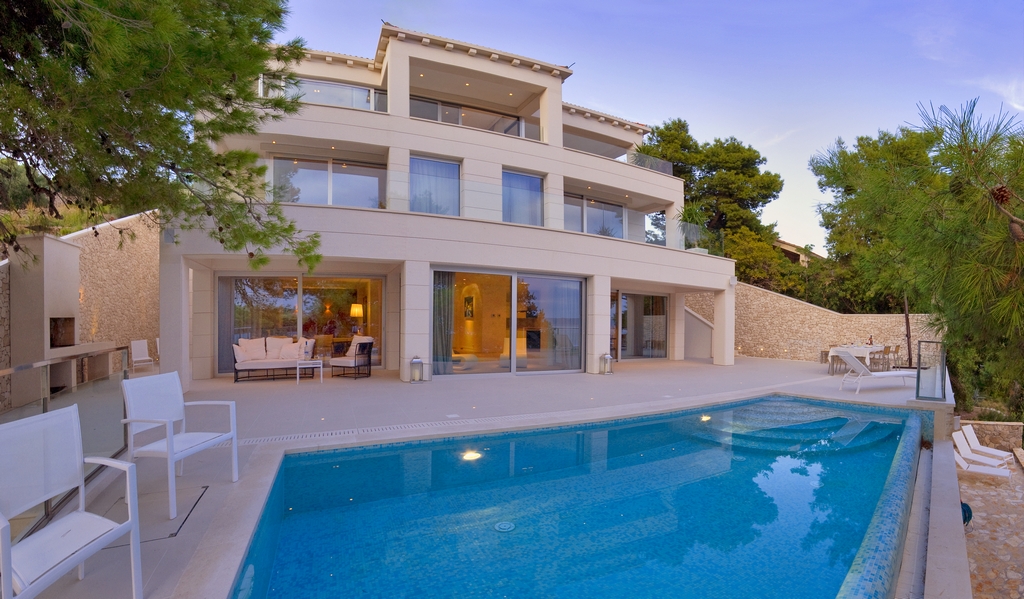 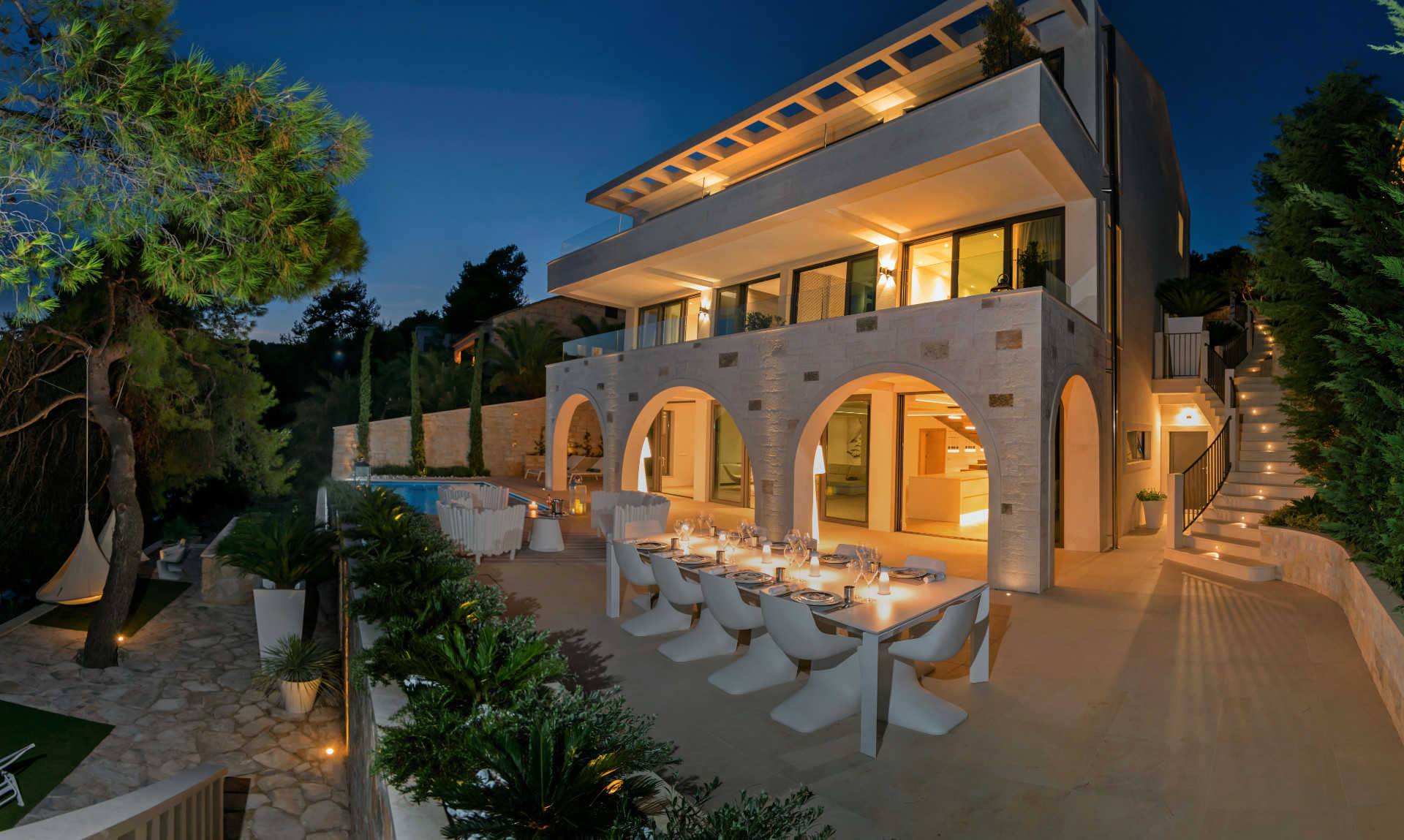 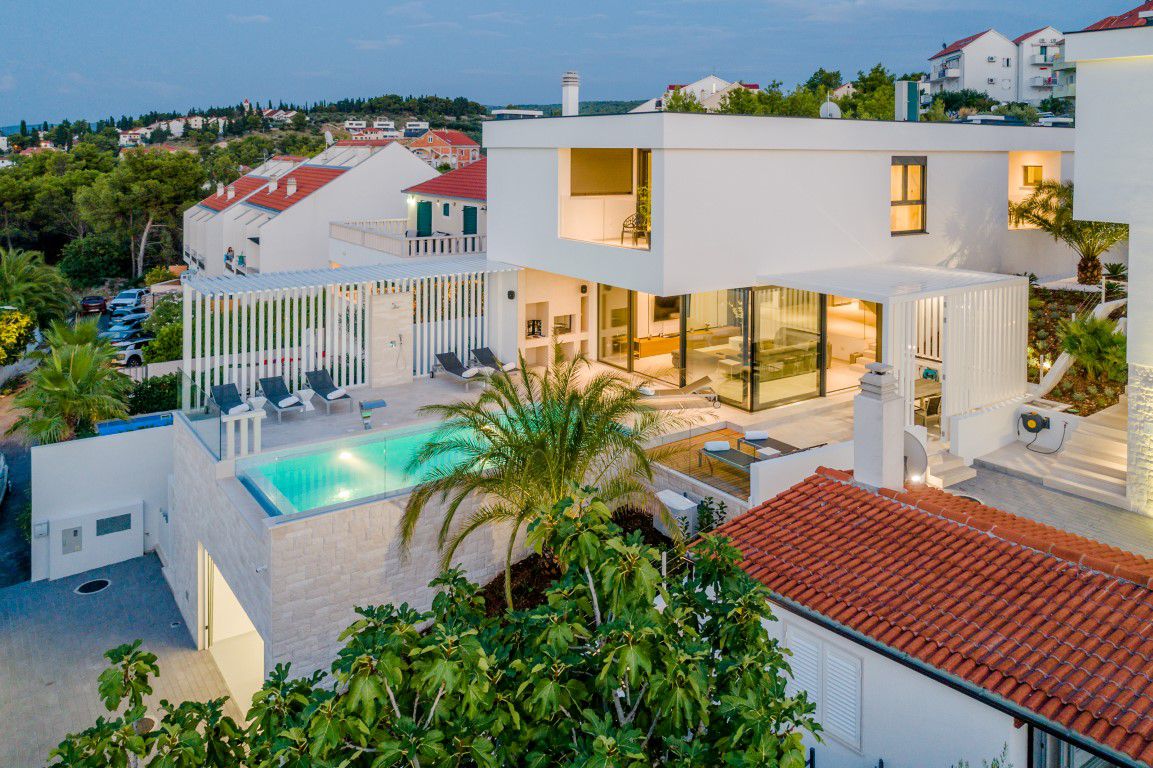 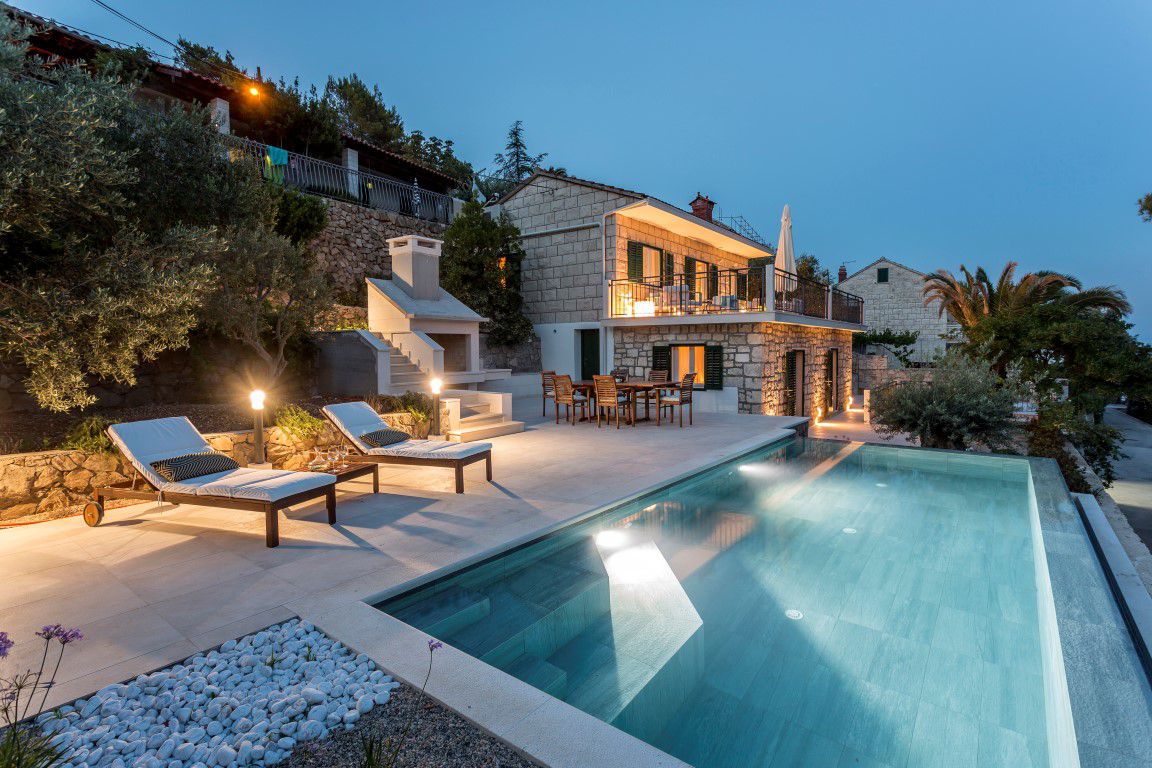 THE ISLAND OF BRAC

The Land of Brac Stone

Civilization on the island of Brac is characterised by centuries of tradition dating back to Roman agricultural farming and Renaissance construction, the builders and architects of which were inspired by the island's landscapes and aesthetics. Your arrival here in the south of Croatia is sure to be a genuine experience when you witness the island's brightness and clarity saturated with the intoxicating scent of Mediterranean and subtropical vegetation, as well as its vast cultural heritage.

Stone from Brač's quarries has been mined since the Ancient Greek and Roman times and stone used for the construction of important buildings. The most famous of these is located in the vicinity of Diocletian's Imperial Palace in Split. Piles of unpolished stones layered as walls alongside field paths are a real attraction on the island. According to some estimates, they are equal in quantity to the existing Egyptian pyramids (although uncut), totaling approximately 7 million cubic meters.

'Klapa' singing began to form in the second half of the 19th century, at a time when individual settlements began forming their identities as small seaside towns, and it soon became the widest and most popular form of musical expression in coastal Croatia. The songs are performed by groups of singers, who are known as a klapa, delighting visitors at evening musical and folklore performances.

For many, this is what defines Brac and really showcases its true beauty. Also known as the Golden Horn, this beach in Bol is often highlighted as one of the best beaches in Europe. For anyone who has already done some reading on the area, there’s little doubt that you will already have seen this magnificent coastline. Stretching into the Adriatic, it’s a characteristic feature of the Brac Island that cannot be ignored.

The settlement of Pucisca is at the middle, northern point of Brac and is famous for its stonework. The white stone that this town was built upon creates a beautiful sight with exquisite architectural works that caught the eye of many leaders, inspiring them to make their own palaces from this stone. Diocletian’s Palace in Split, Sibenik Cathedral, Parliament houses in Vienna and Budapest and even The White House in Washington all have features of Brac stone. The school of stonemasonry in Pucisca has been open since 1909 and takes on around 100 students each year to learn the stonemason craft. Visitors to the school can see the talented students work and see where and how it is created.

The most famous sculptor from an island famed for the quality of its stone, Ivan Rendić spent his earliest and his last years in Supetar, failing to gain support for his ambitious cultural initiatives and dying in penury. In between, Rendić gained valuable experience in Italy and created many public works in Zagreb, Split and across Croatia. In recent years, Supetar has reevaluated the impact made by its prodigal son and established a themed cultural walk, ‘One Day with Rendić’. Leading from the main beach, another Rendić proposal, the trail takes in the oldest parts of town, including his family home and gallery. Supetar cemetery is another main stop featuring several Rendić works. A map of the tour is distributed at Supetar Tourist Office by the ferry port.

Though close to the crowds of Bol, the tiny hamlet of Murvica offers splendid isolation. Even today, its official population barely numbers two football teams. In the 15th century, monks and hermits made their homes in the karst caves here, away from marauding Turks, eking out a meagre living and spending the rest of the time in prayer. In one hollow, an unknown artist among them created the lifelike shape of a dragon, giving the rock its name of the Dragon’s Cavern – Drakonjina špilja. Other shapes also appear, humans, birds and the moon, causing debate whether their creators were pagan, Christian or a mixture of both.

The closest international airports to Brac are the ones in Split and Dubrovnik (Dubrovnik is 165 km from Makarska and ferry Makarska - Sumartin). From Dubrovnik, frequent bus lines are available to Makarska or Split, or you can choose taxi or car rental. Split Airport is situated 30 km from Split ferry station. Transfer of passengers from the Airport is organised by buses, also there is a local bus every 20 minutes and taxis are available during the operating time of Split Airport.

Brac is one of the most easy-to-reach islands from the mainland in Croatia. Brac Island is linked with mainland with two ferry lines, both operated by state shipping company Jadrolinija. There are also several fast ferry connections between the mainland and the Brac island. Some fast ferry lines are operated by the shipping company Jadrolinija and other by commercial maritime company Kapetan Luka. The fast ferry lines connect also the island of Brac with the neighboring islands, Hvar, Solta, Korcula, and Vis, and with the city of Dubrovnik.

Bus lines connect all parts of the country. Regular international bus lines connect Croatia with all neighboring countries, as well as most of middle European and west European countries. If you are travelling Brac by bus - there are connections from all bigger cities and places to Split. Bus departures from Zagreb and Split are frequent (every half hour or every hour).

If you are travelling to Brac by car, depending on the direction (Austria, Slovenia, Hungary) you need to go through Zagreb to Split or Makarska with main Croatian highway A1, or along the Croatian coast from Rijeka to Split or Makarska. From Split you can take car ferry to Supetar on Brac (50 minutes), or from Makarska to Sumartin on Brac island (60 minutes).