A Festival for Lucerne 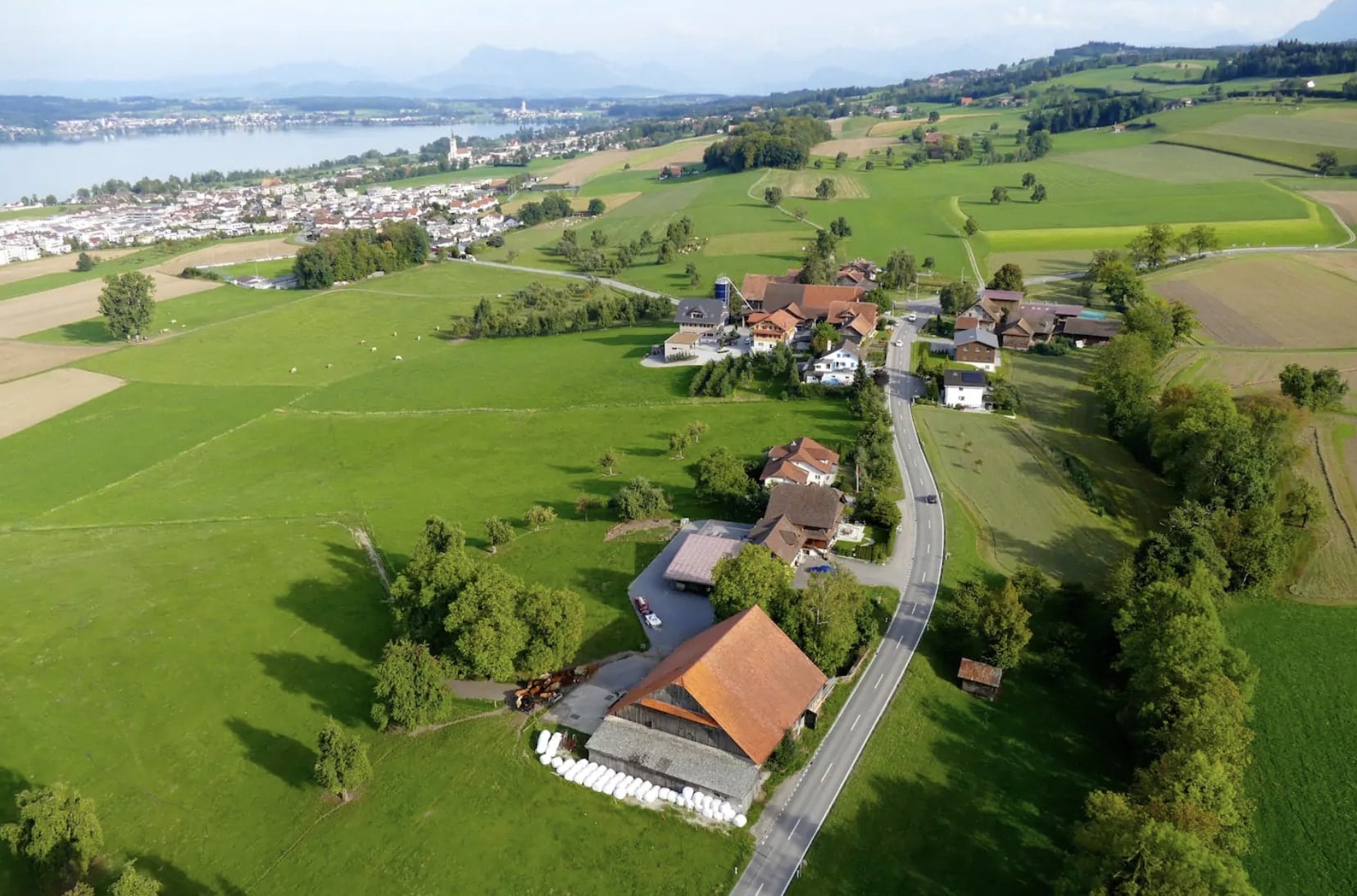 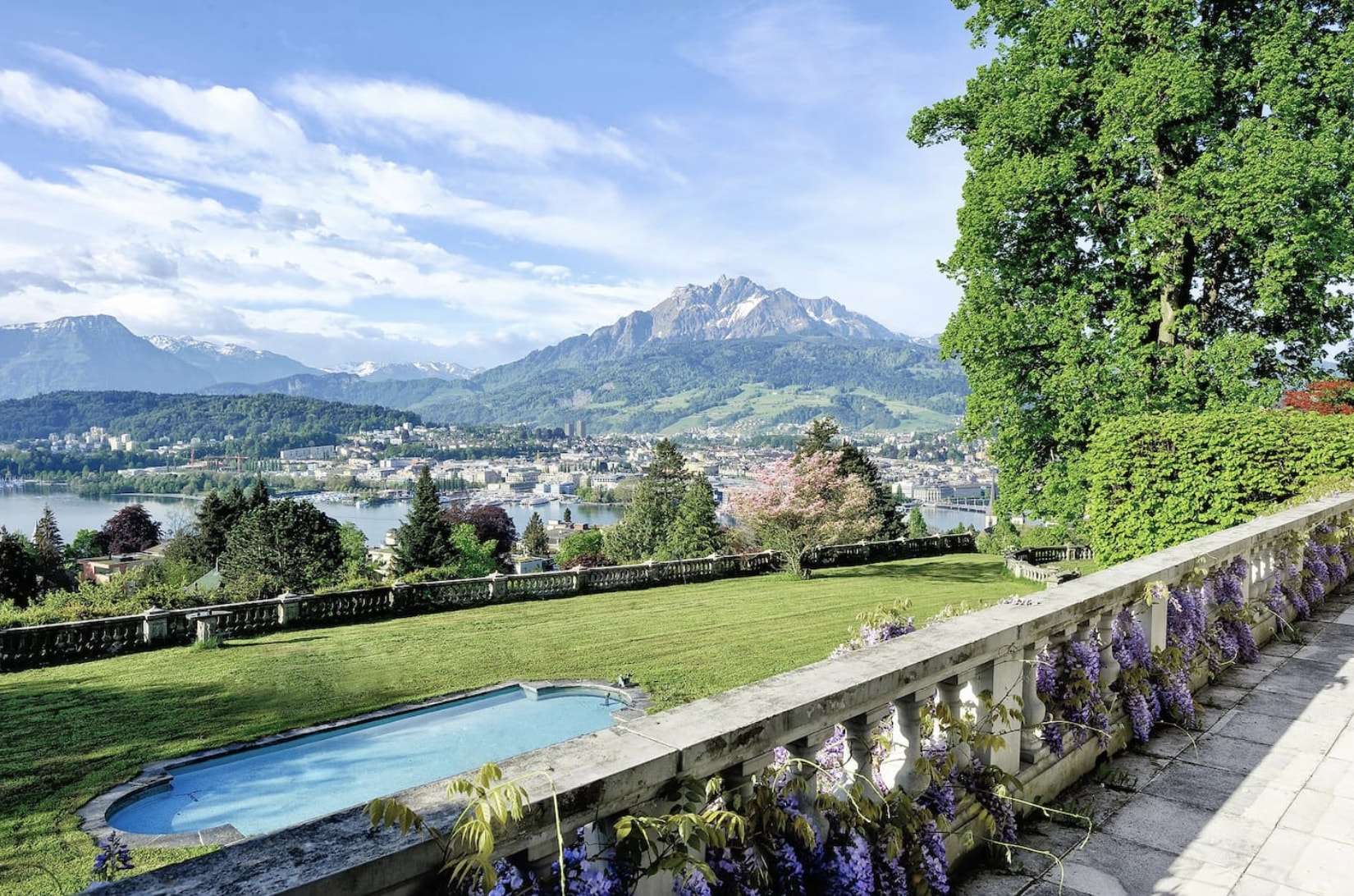 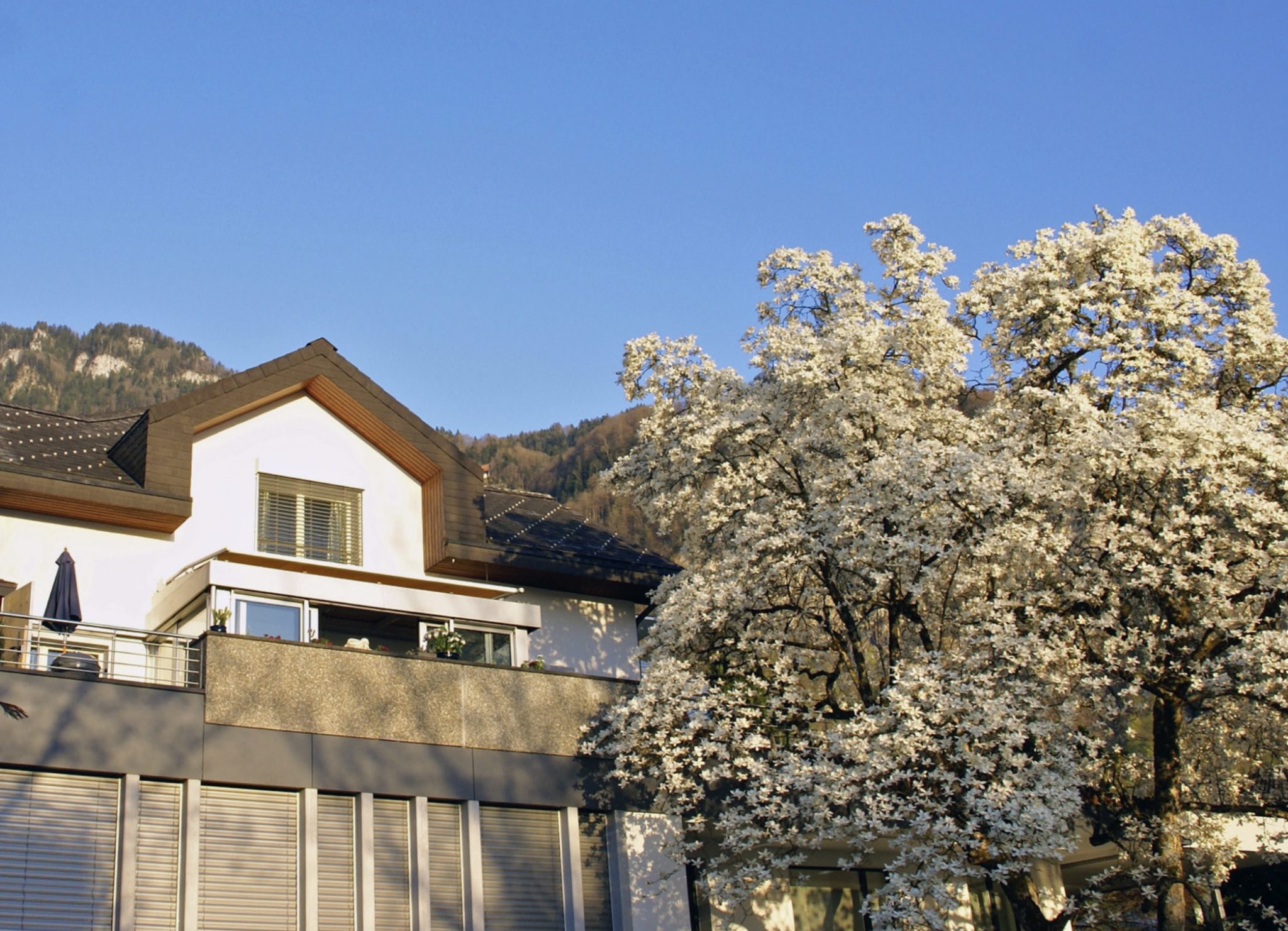 A STYLISH HOLIDAY
APARTMENT IN LUZERN 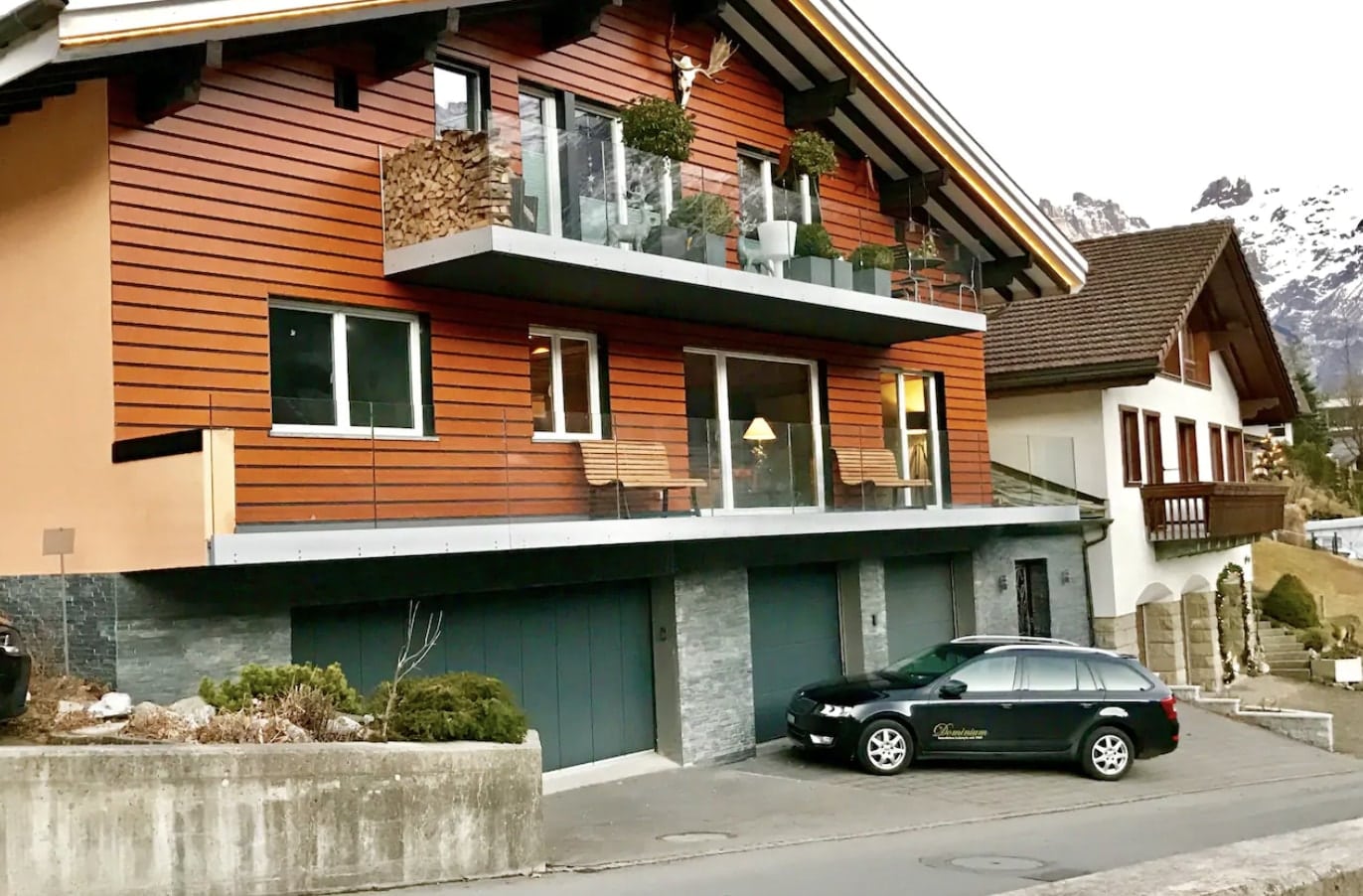 RADIANT APARTMENT
WITH SAUNA AND JACUZZI 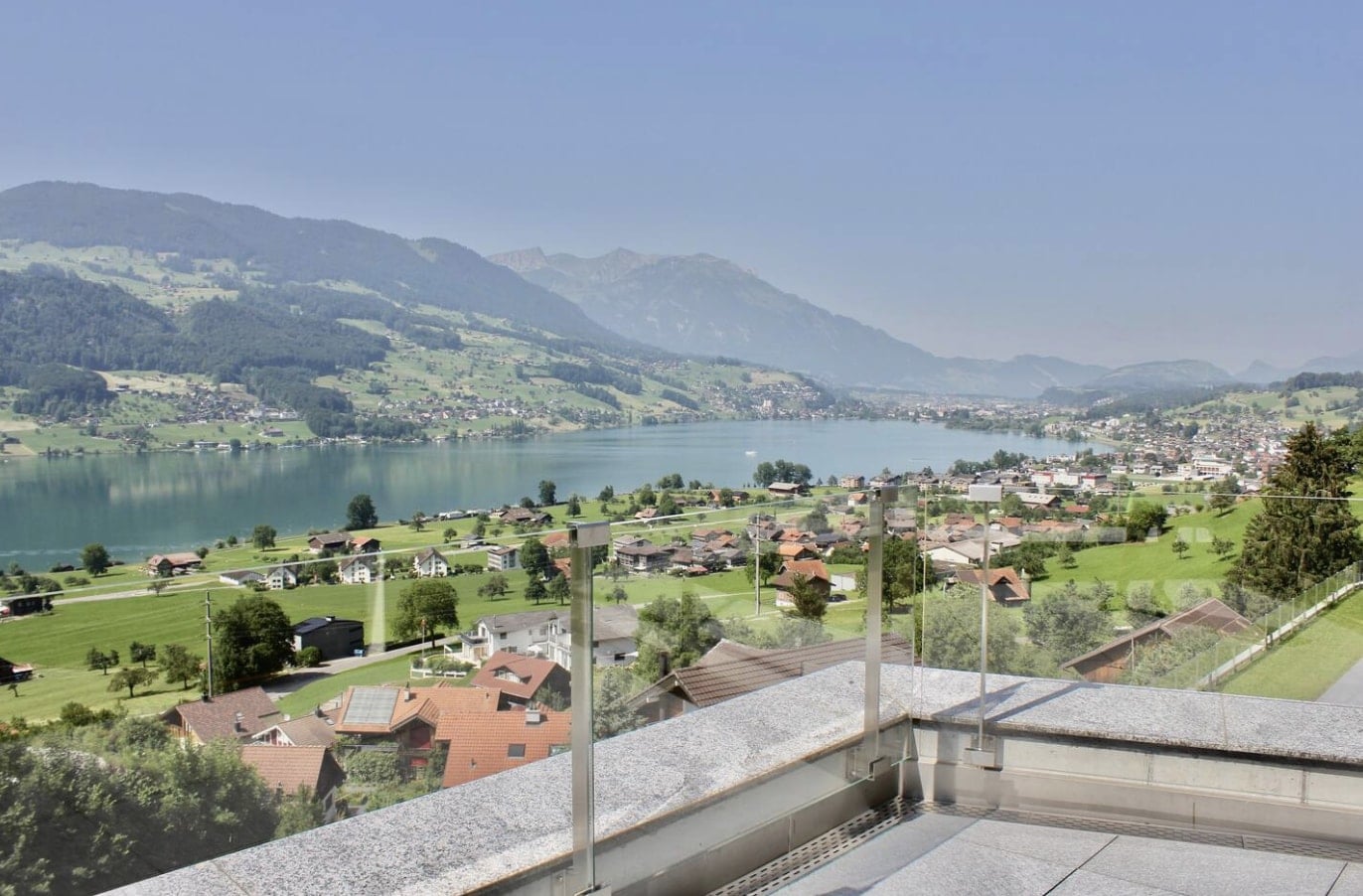 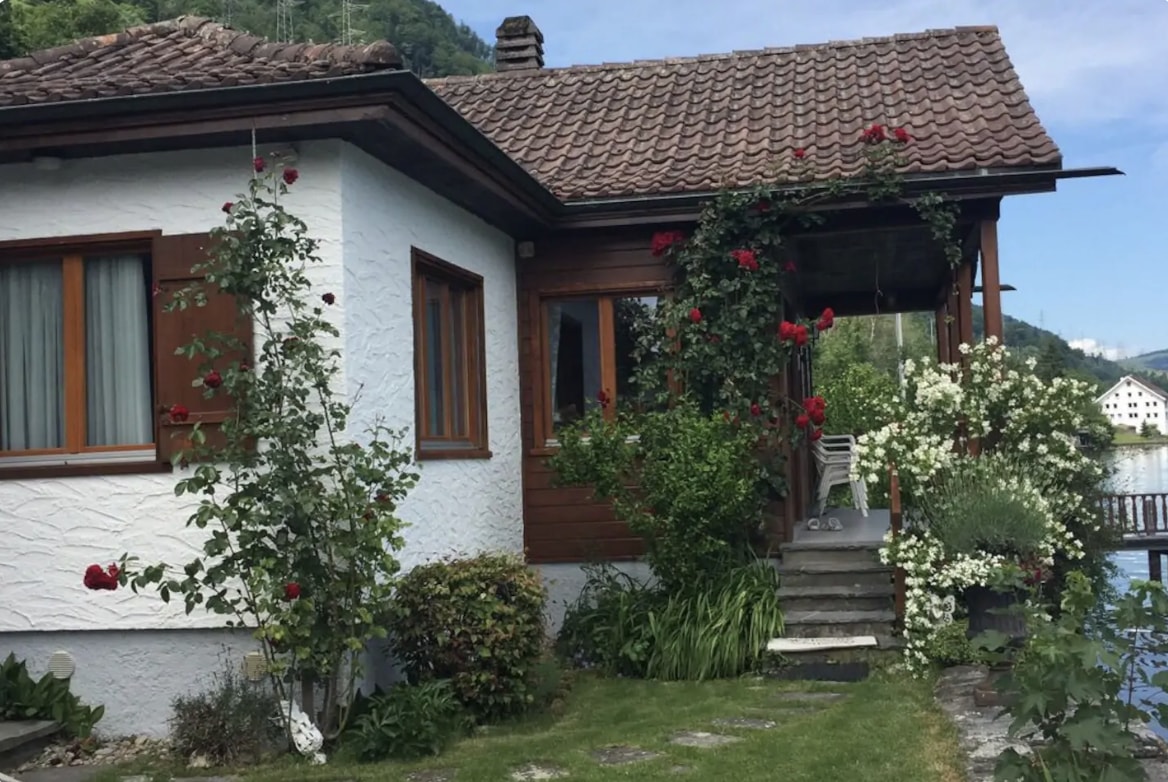 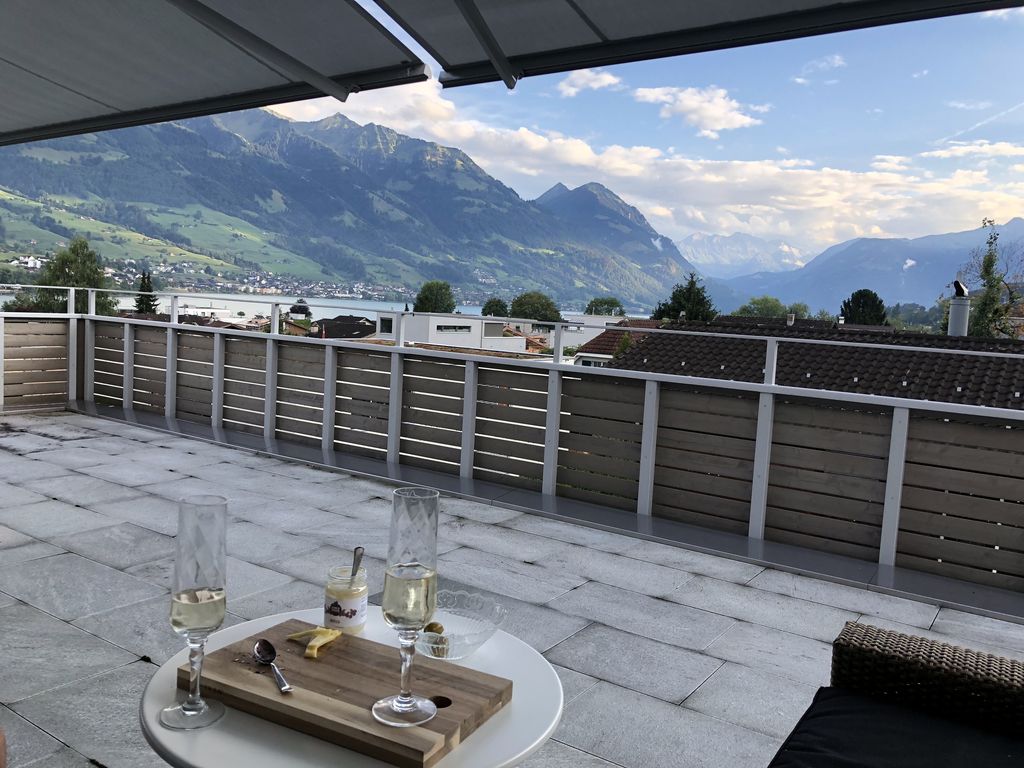 DELUXE PENTHOUSE
IN THE HEART OF SARNEN 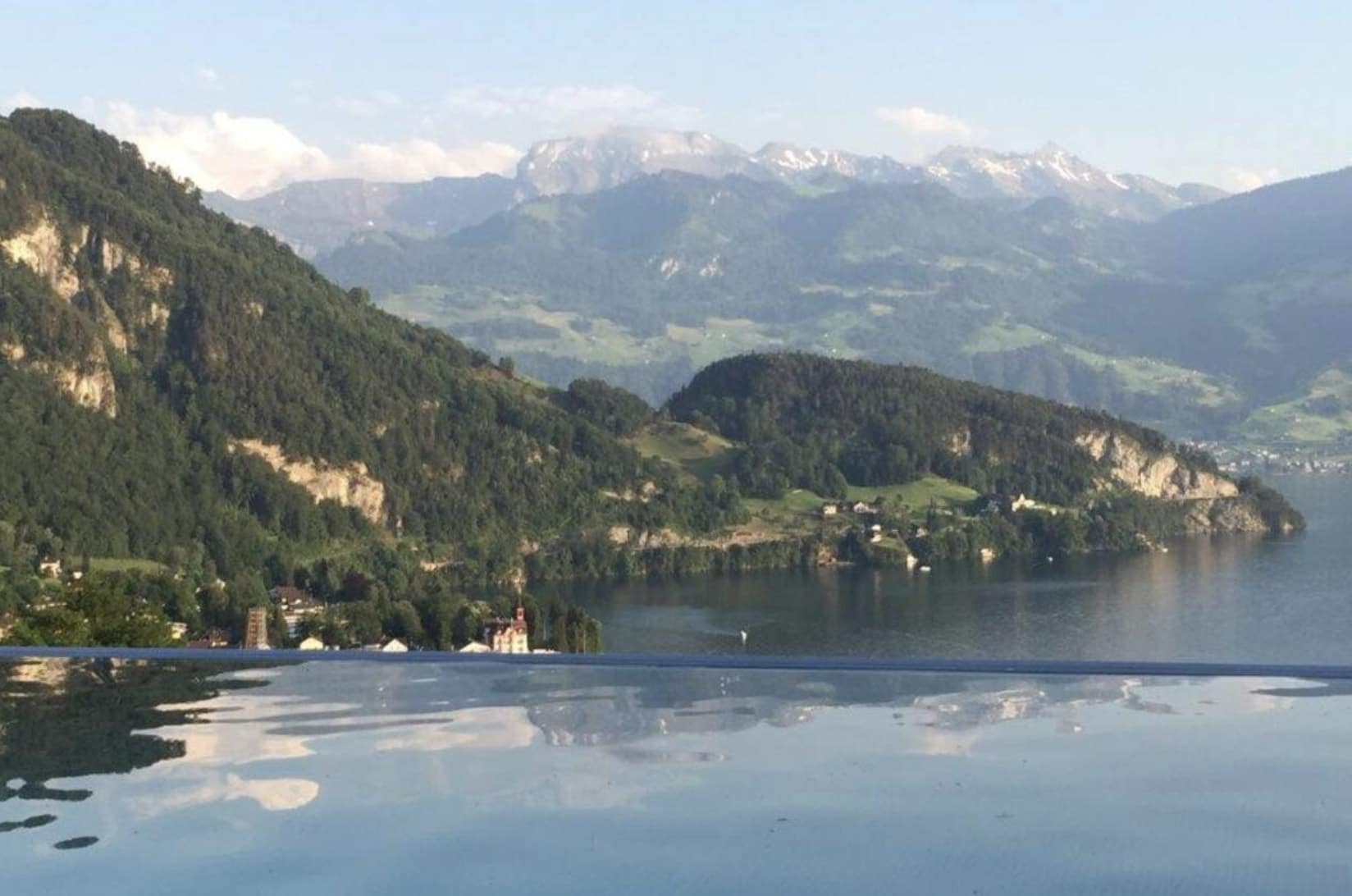 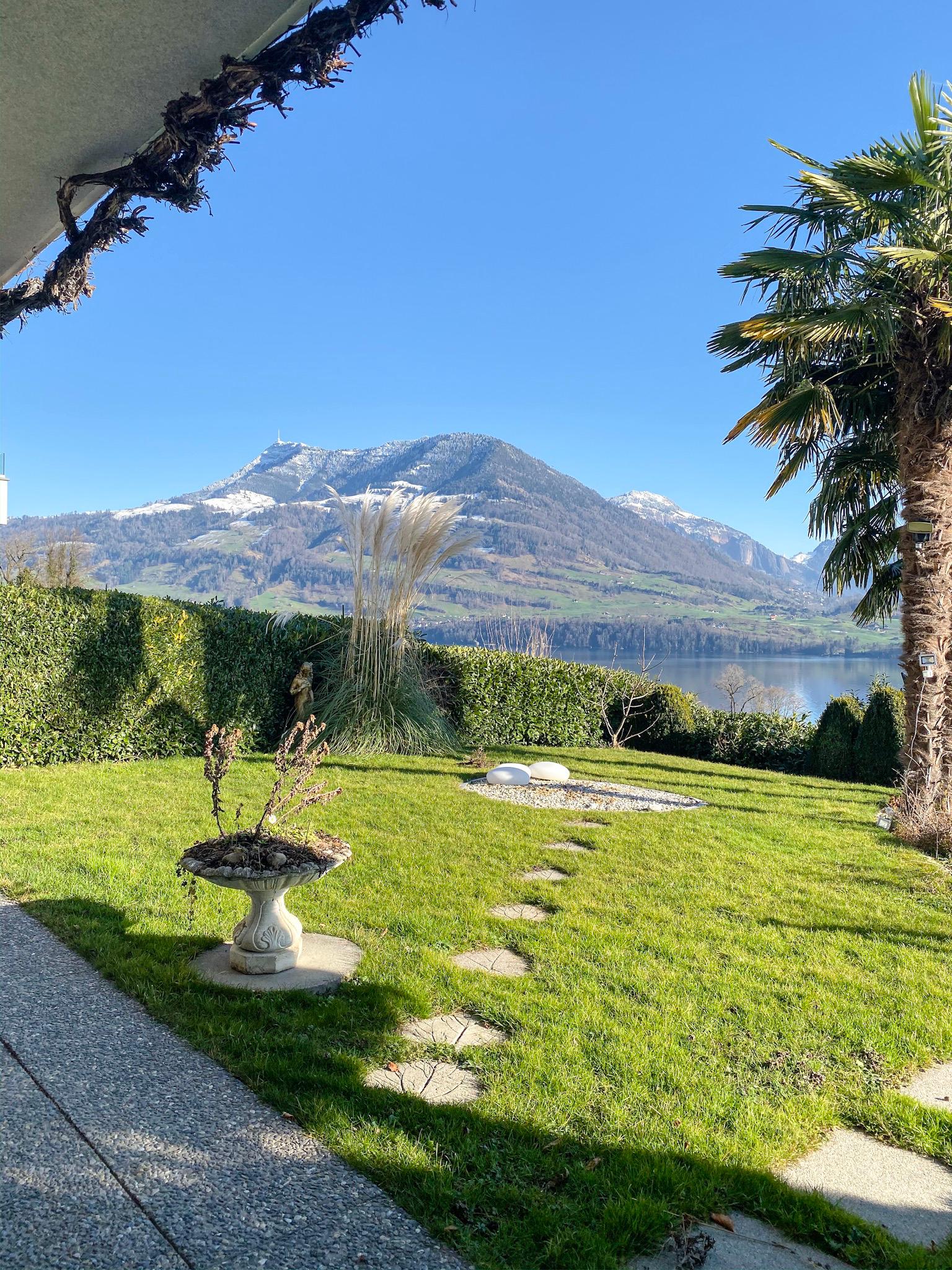 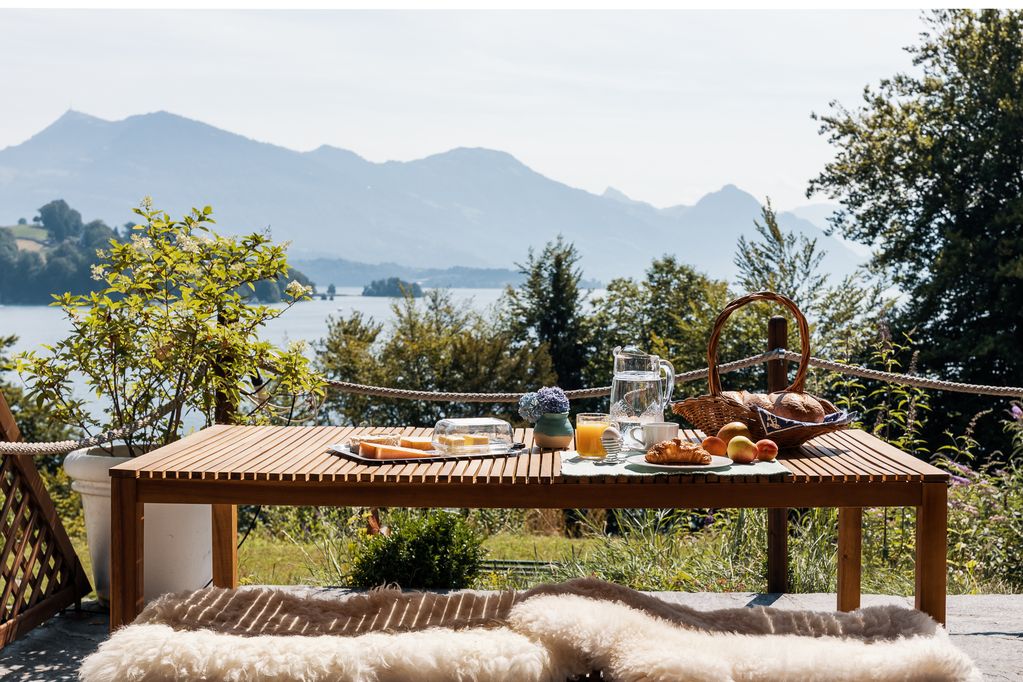 Lucerne, the gateway to central Switzerland, sited on Lake Lucerne, is embedded within an impressive mountainous panorama. Thanks to its attractions, its attractive shopping offer, the beautiful lakeside setting and the nearby excursion mountains of the Rigi, Pilatus and Stanserhorn, the town is a destination for many travel groups and individuals on their journey through central Switzerland.

There’s no denying it: Lucerne plays in to every cliché about the romantic Swiss getaway. Perfectly poised at the foot of the Alps in the Swiss-German speaking part of central Switzerland, the city’s namesake lake reflects the snowy peaks—including Mount Pilatus and Mout Titlis, popular day trip destinations. The River Reuss cuts through the painted façades of Old Town, where couples huddle together over rösti and hot chocolate at riverside cafés. Lucerne is as beautiful as its location is strategic. From the Zurich airport, hop aboard the clockwork-efficient Swiss railway system for the hour-long ride to Lucerne. Consider the Swiss Travel Pass, which allows unlimited travel on trains, buses, and boats as well as discounts on mountain railways.

Many visitors come to see leading conductors, soloists, and orchestras perform at the annual summer music festival and at other festivals spotlighting blues, piano, and even marching bands. The Benedictine monastery of St. Leodegar was founded around 730, and the first mention of a town is of Luciaria in 840. Lucerne only became important after the opening of the St. Gotthard pass through the Alps in the 13th century, when its location made it a significant trading town. Lucerne is compact and easy to explore, with the old town and all the main sights within walking distance of the rail station. For tourists who love mountain scenery, the biggest attraction of all is Lucerne's location as a base for some of the most spectacular Alpine rides in Europe, with easy connection to Mt. Rigi, Mt. Pilatus, Mt. Titlis, and Jungfraujoch.

Lucerne (Luzern in German) lies at the north end of Lake Lucerne (Vierwaldstätter See) where the River Reuss flows out of the lake. The town, with its well-preserved medieval core, elegant historic buildings, and genial atmosphere, is one of the most popular tourist attractions in Switzerland.

While in Lucerne, it would be a shame to miss the trip up Mount Pilatus, going up by the cableway from Kriens and down by the cog-railroad. The half-hour ride from Kriens leads to another short cable car ride to the 2,070-meter Pilatus-Kulm. From here, it is a six-to-10-minute climb to the summit of the Esel - the central (but not highest) peak of Pilatus with magnificent views of the Alps. From the Pilatus-Kulm, it is a 30-minute walk to the Tomlishorn, at 2,132 meters, the highest point in this rugged limestone massif.

The most characteristic sight in Lucerne is the Kapellbrücke, a covered wooden bridge running diagonally across the Reuss. Apart from being a picturesque centerpiece for Lucerne, the bridge, built in 1333, is interesting for the more than 100 17th-century pictures hanging from the roof rafters inside, depicting patron saints and scenes from the town's history. The Kapellbrücke was severely damaged by fire in 1993 but has been completely rebuilt and restored. Beside it is the octagonal Wasserturm, a 13th-century water tower more than 34 meters high and once part of the town's fortifications. The bridge and tower are among the most photographed scenes in all Switzerland.

Several boat trips of different lengths explore the 38-kilometer-long lake, one of which, the William Tell Express, combines with a train excursion through the St. Gotthard Pass, linking Central Switzerland with the many attractions of the Ticino region. From May to September, you can travel by paddle-wheel steamer (out of season by a diesel motorboat) from Lucerne to Flüelen, enjoying a three-course meal in the ship's saloon, then take a scenic train ride as far as the towns of Locarno and Lugano.

The Old Town of Lucerne, on the right bank of the Reuss, still preserves many old burghers' houses and little squares with fountains. Some of the timber-framed buildings bordering the stone streets are painted in bright colors, giving the Altstadt a fairy-tale atmosphere. In the Kornmarkt is the Altes Rathaus, the Old Town Hall, built in 1602-06 in Italian Renaissance style but topped by a very typical Swiss hipped roof. The adjoining tower dates from the 14th century. West of the Kornmarkt is the picturesque Weinmarkt with a Late Gothic fountain. In the Kapellplatz is the oldest church in Lucerne, St. Peter's chapel, built in 1178 but renovated to its present form in the 18th century. The Old Town is a delightful place to stroll, especially if you follow some of the narrow side streets.

One of the signature experiences in Switzerland is to ride the cog railway from the shores of Lake Lucerne to an elevation of 1,798 meters on Mt Rigi. This is Europe's first cog railway, and you can ride in restored cars dating back as far as the railway's beginning. Some of the steam engines date to the 1920s. From the top, views stretch all the way to the Black Forest in Germany. One of the popular things to do is make a scenic circle route by taking the boat from Lucerne to Vitznau, where you board the cogwheel train to Rigi Kulm. Then take another cogwheel train down to Arth-Goldau and catch a train back to Lucerne.

Travel to Luzern and Lakes

There are no intercity buses in Switzerland as the train system provides ample connections to many destinations in Switzerland. To make trips to the countryside in the mountains where there are no trains, refer to postauto.ch buses are available from some nearby places, such as Rotkreuz.

Lucerne sits at the northwest end of the Vierwaldstättersee, one of the most beautiful waterways in Switzerland, for travel information from Schwyz, Flüelen, Weggis, and outbound points see the schedule at the Schifffahrtsgesellschaft Vierwaldstättersee.

Thanks to its central location 1 Lucerne railway station (Bahnhof Luzern) can be reached easily from nearly every other city in Switzerland using the Swiss Federal Railways (SBB CFF FFS)). There are hourly trains from Olten and Zürich Airport and half-hourly trains from Zürich, and a direct train every hour from Berne. There is an hourly service from Bellinzona in Ticino, and Pfäffikon and St. Gallen in the North East. The "Zentralbahn" branch of the Swiss Federal Railways provides also hourly trains between Interlaken and Lucerne during daytime.