London is the most famous cities in the world
You will have a great time during the day and all night long! 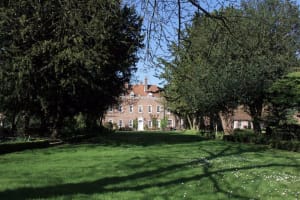 All about the stormy metropolis of Europe

London is the capital of Great Britain and also the largest city in the whole country and also in all of Western Europe. London has always been one of the world's centers of power. It is a cosmopolitan capital filled with beauty and splendor, culture, art, attractions, fashion, history and an exceptional atmosphere that only London can feel. London, Oxford Street, Hyde Park, Buckingham Palace, Madame Tussauds, The Giant Wheel on the Thames, Trafalgar Square and Piccadilly Circus are some of the main attractions for tourists around the world, So many attractions in London and this is just part of what London has to offer. The markets, streets, musicals, SoHo and other lovely spots will also be waiting for you in London.

London is famed for its nightlife, offering world-class London theatres, top clubs in the West End, an alternative Camden scene, trendy nights out in Shoreditch and more. From evenings of comedy, theatre, music or a night out on the town, there are plenty of fun things to do in London at night.

Take the giant wheel, walk the glass promenade over the London Bridge, watch the change of guard at Buckingham Palace or stroll through the British Museum: London offers plenty of activities and sites

The city of London is known as one of the major cultural centers in the world. As a capital city, it also contains the cultural centers of England and the United Kingdom as a whole. In London there are dozens of theater halls mainly concentrated in the West End in Westminster. Some of the best known theaters are the National Theater and the Palladium Theater. Every evening dozens of plays are shown in the city, attracting a large number of spectators. In the past, William Shakespeare even performed his plays in theaters in the capital

London can be reached from a number of nearby airports including Heathrow, Stansted, Luton, Gatwick or City of London Airport.