The Holyland at its best 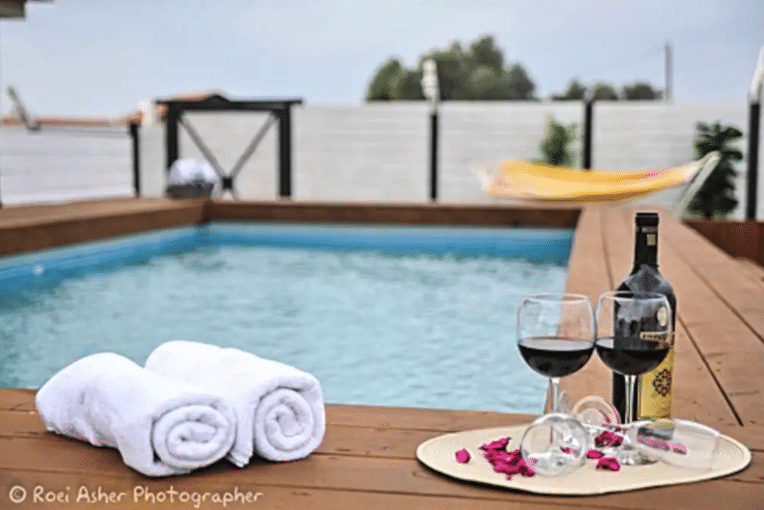 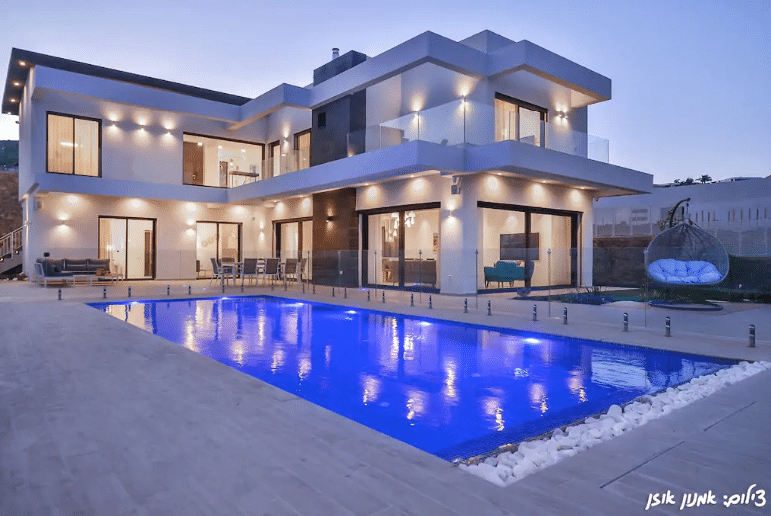 Amazing Modern Villa on the Sea of Galilee 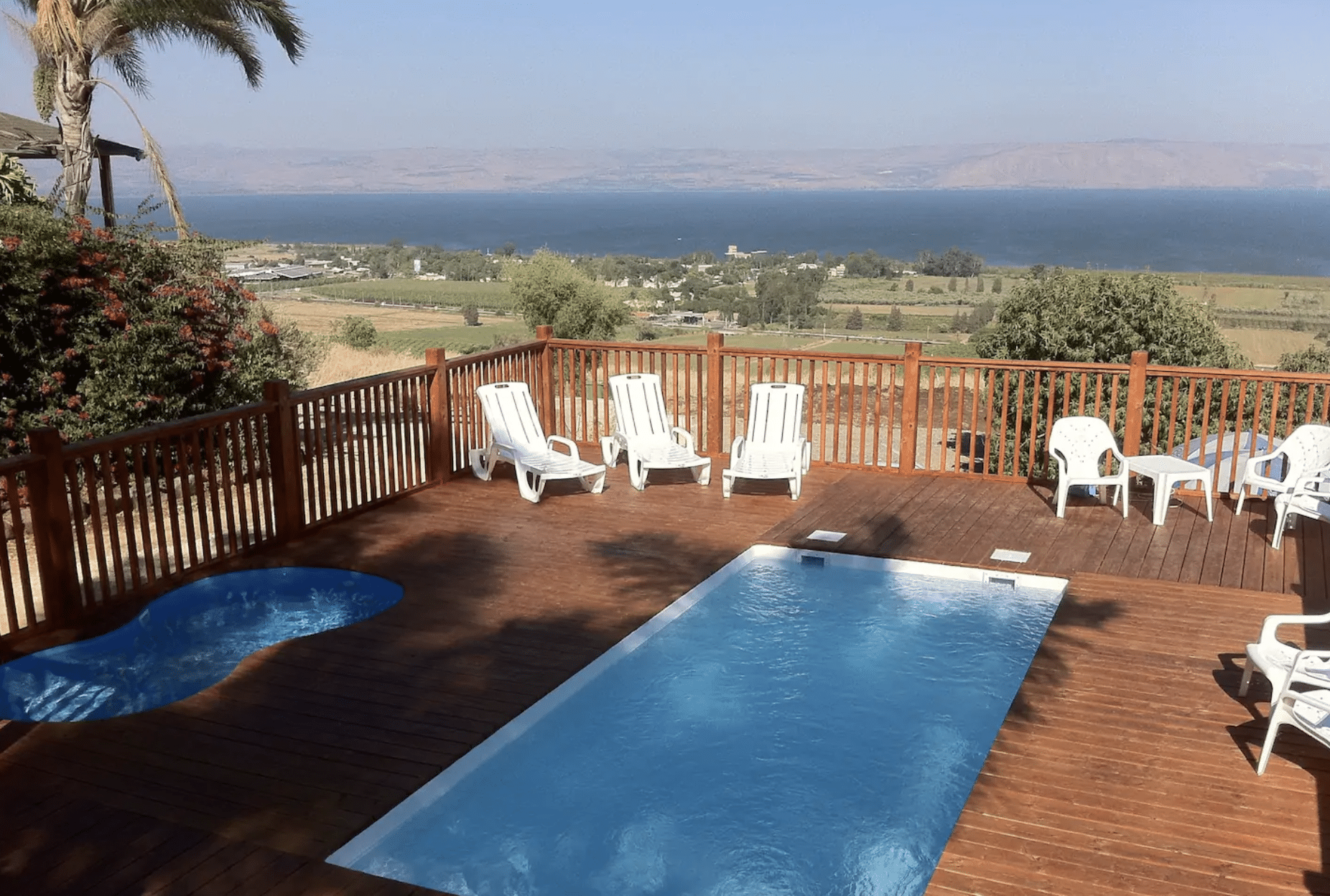 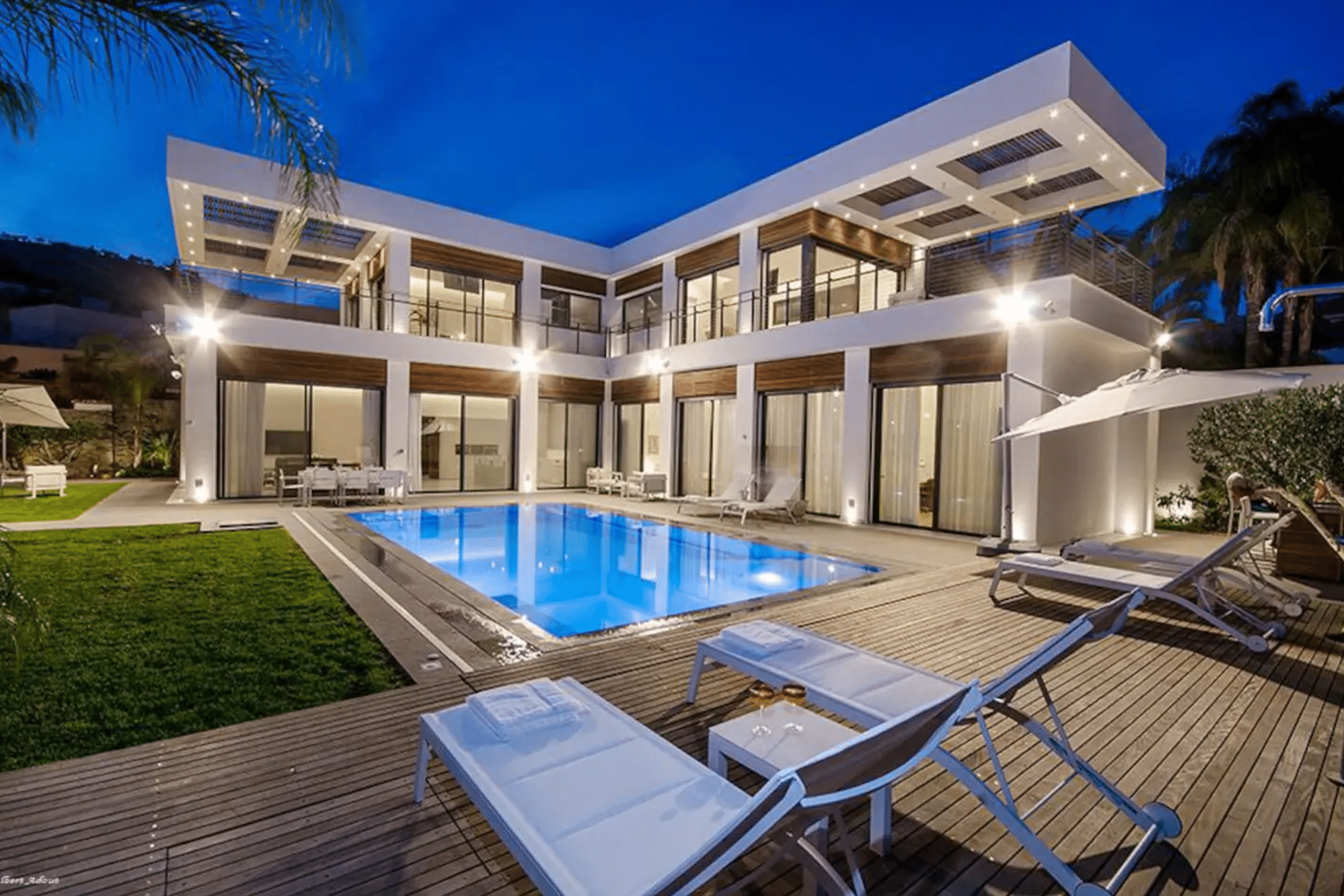 Amazing Luxury House right on the Sea of Galilee 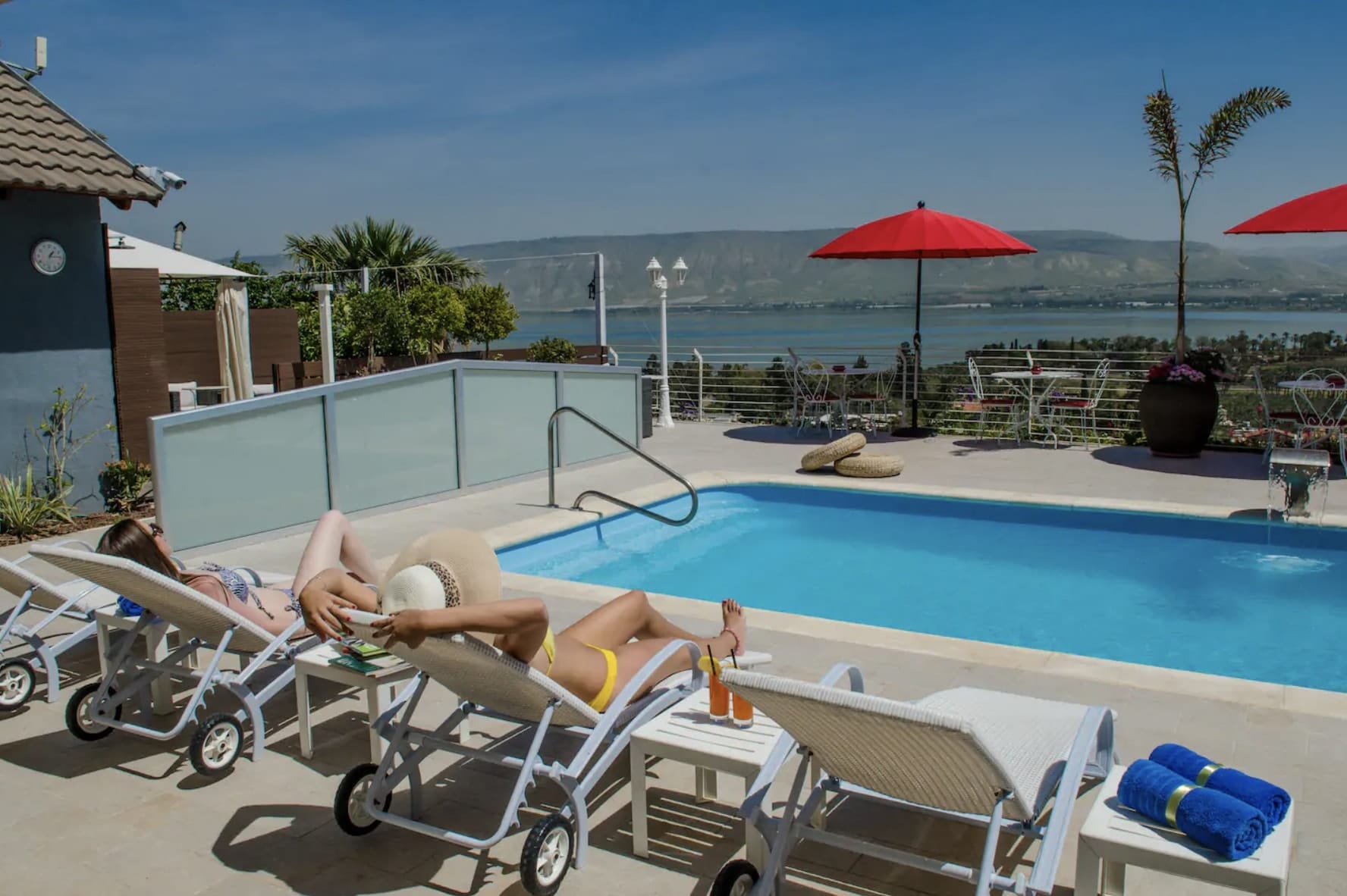 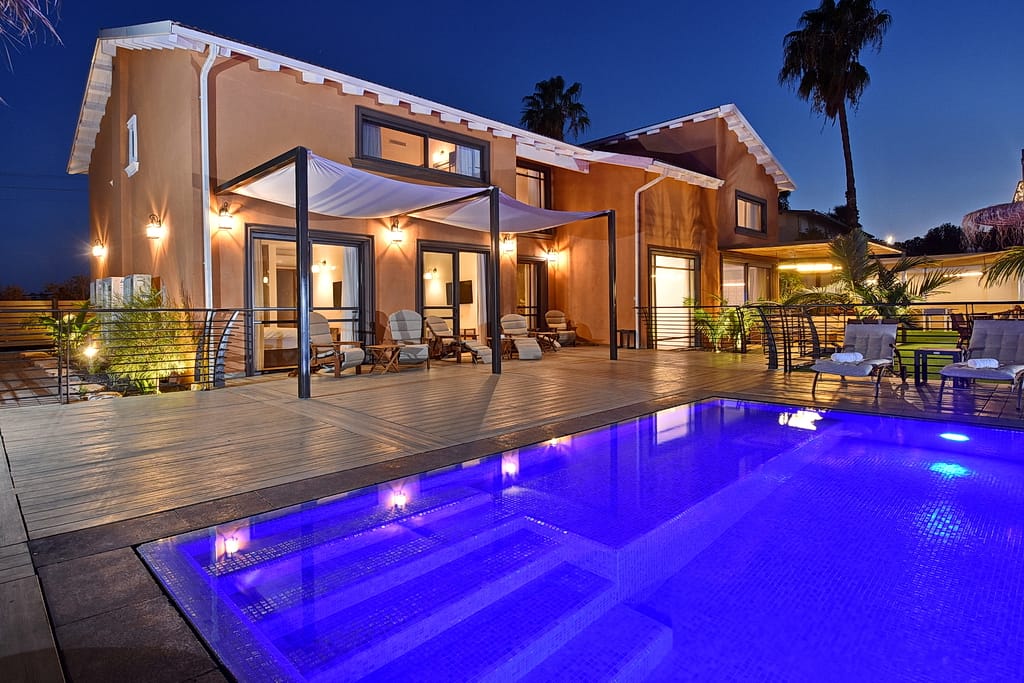 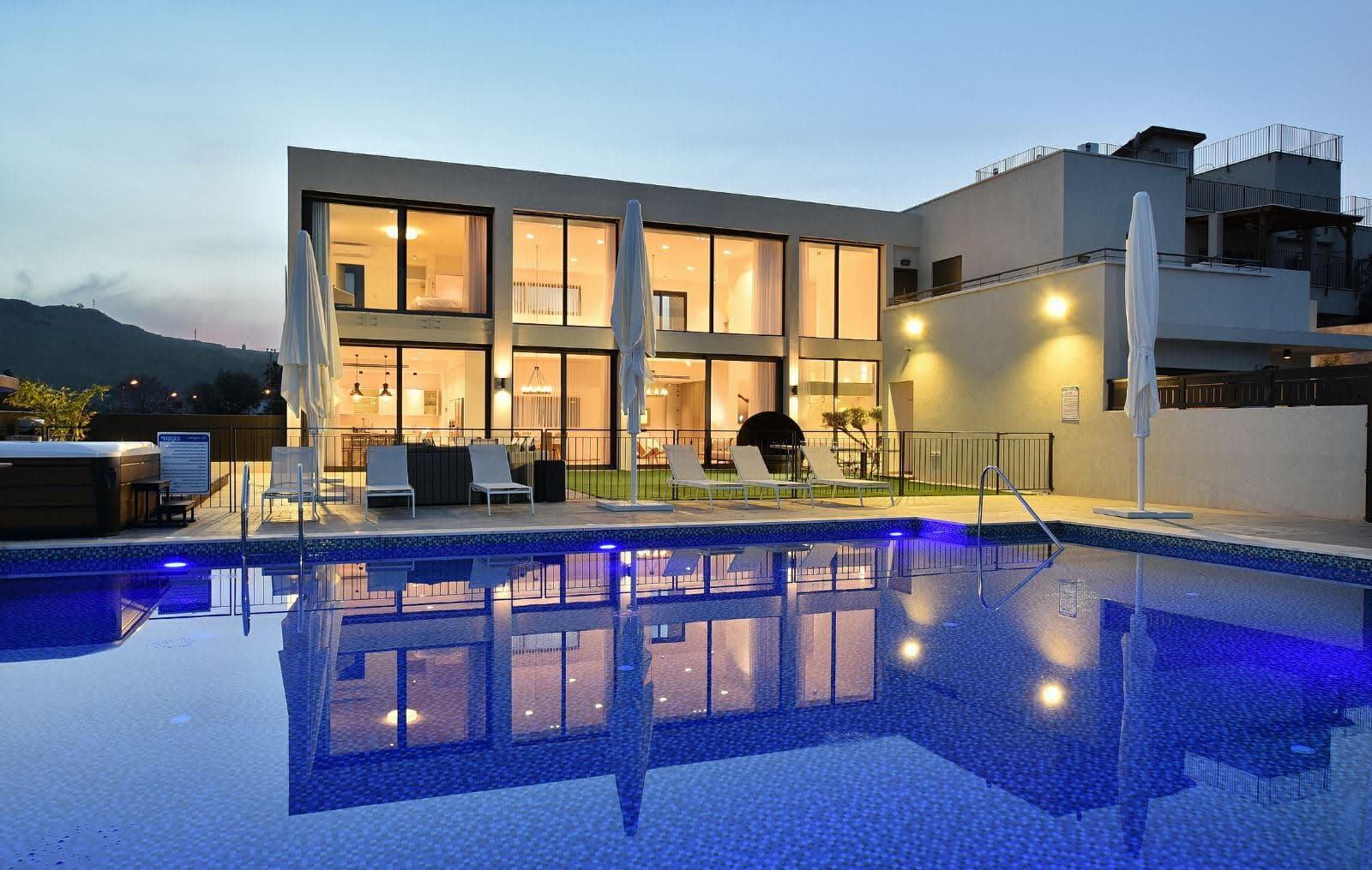 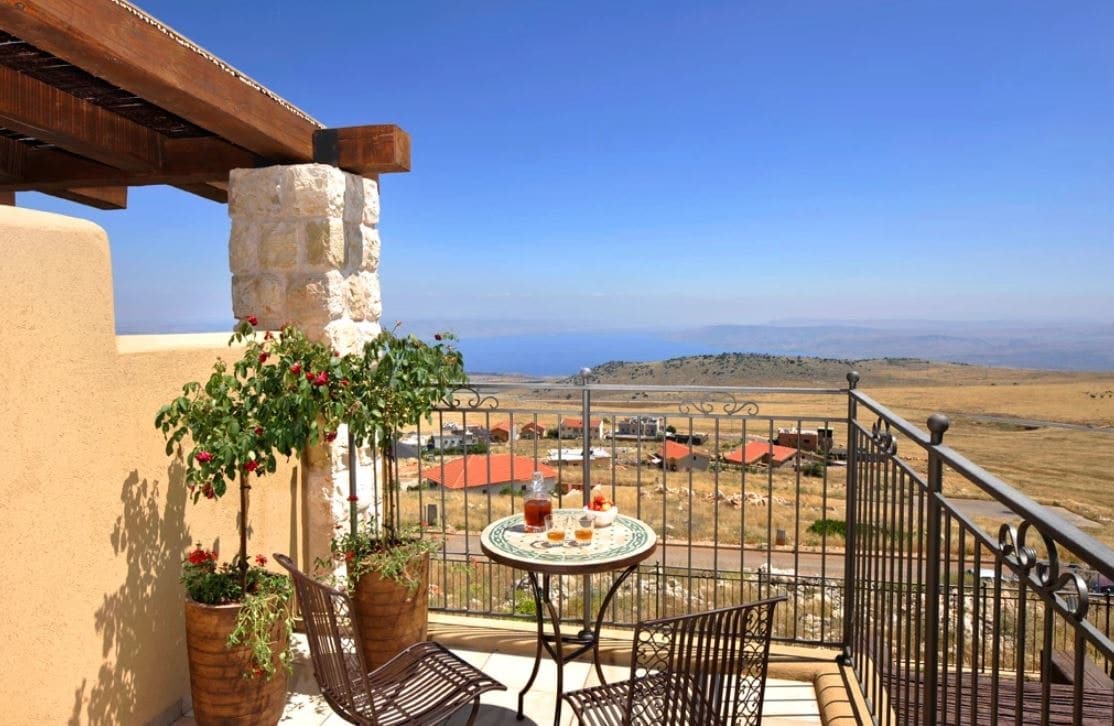 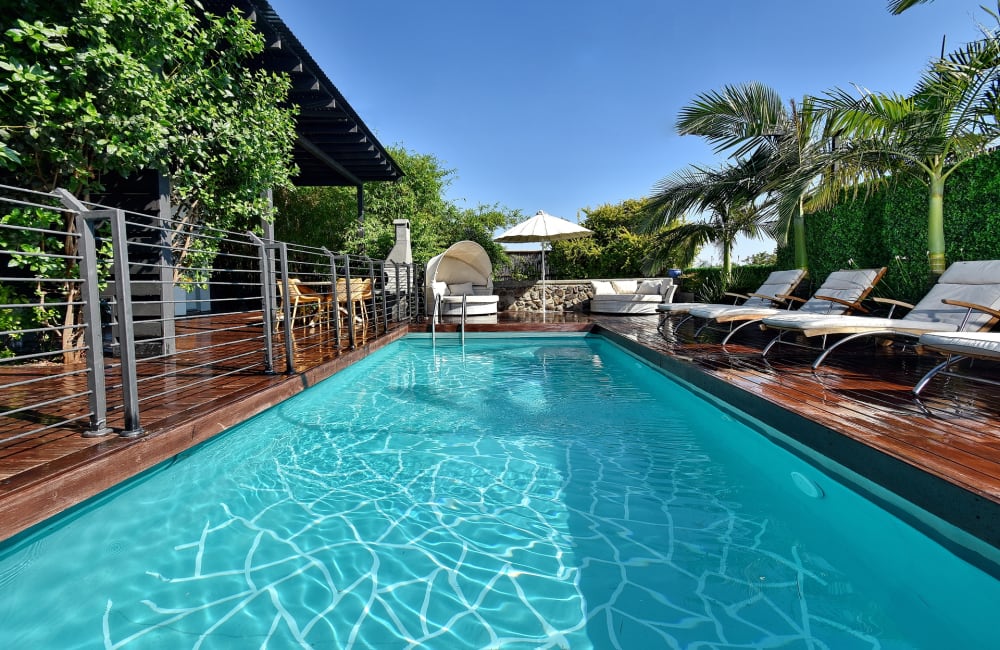 AMAZING 6BR VILLA IN THE GOLAN 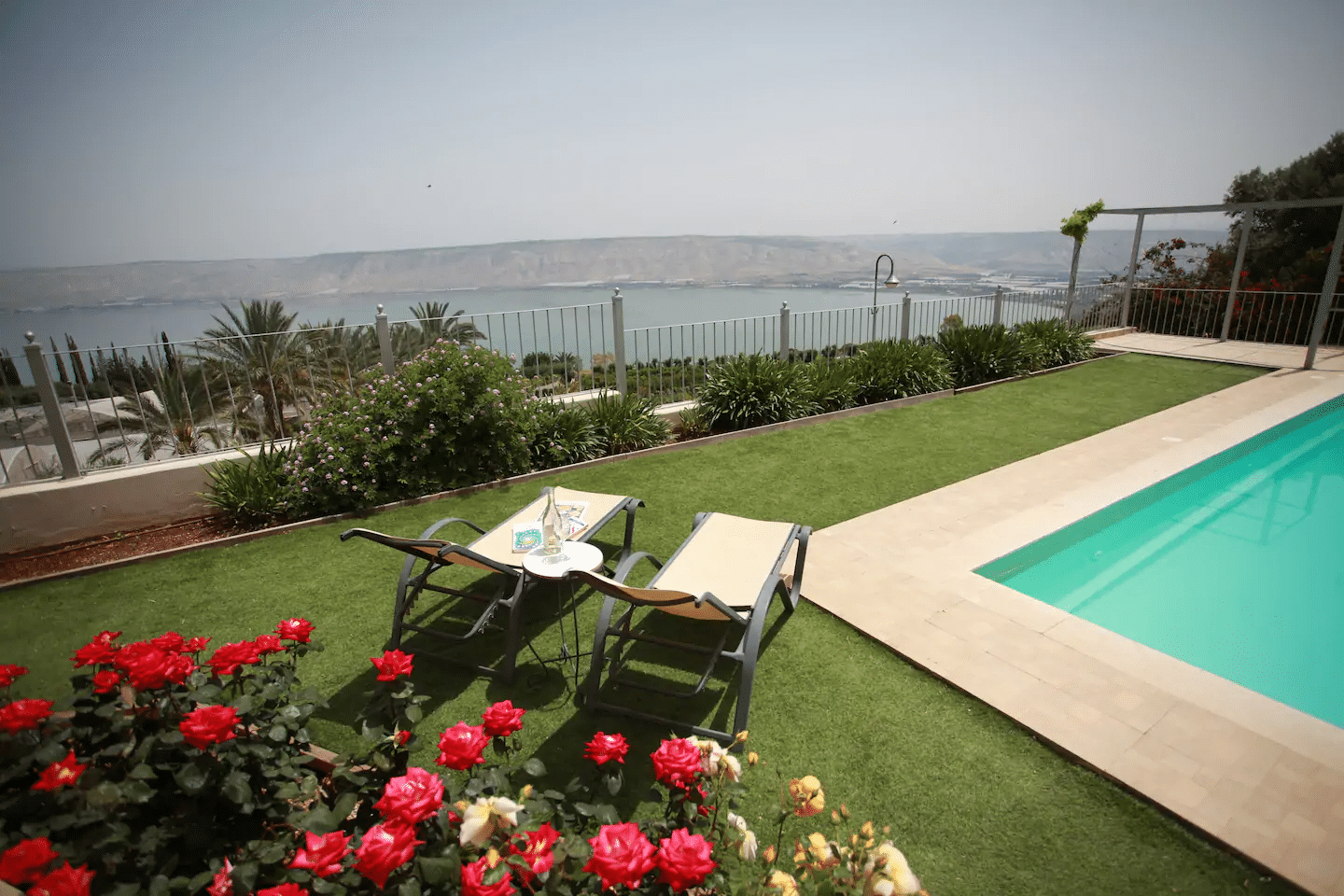 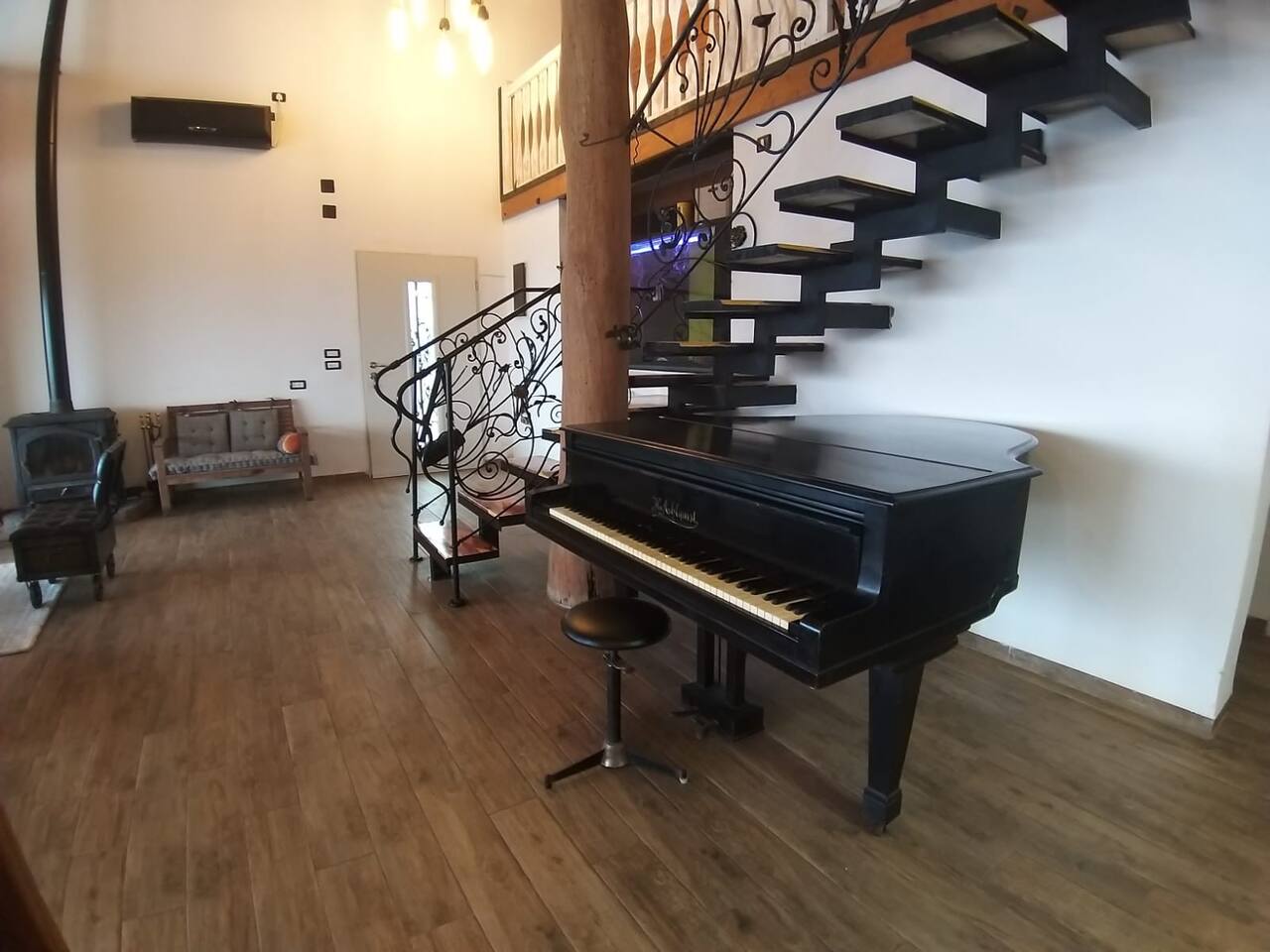 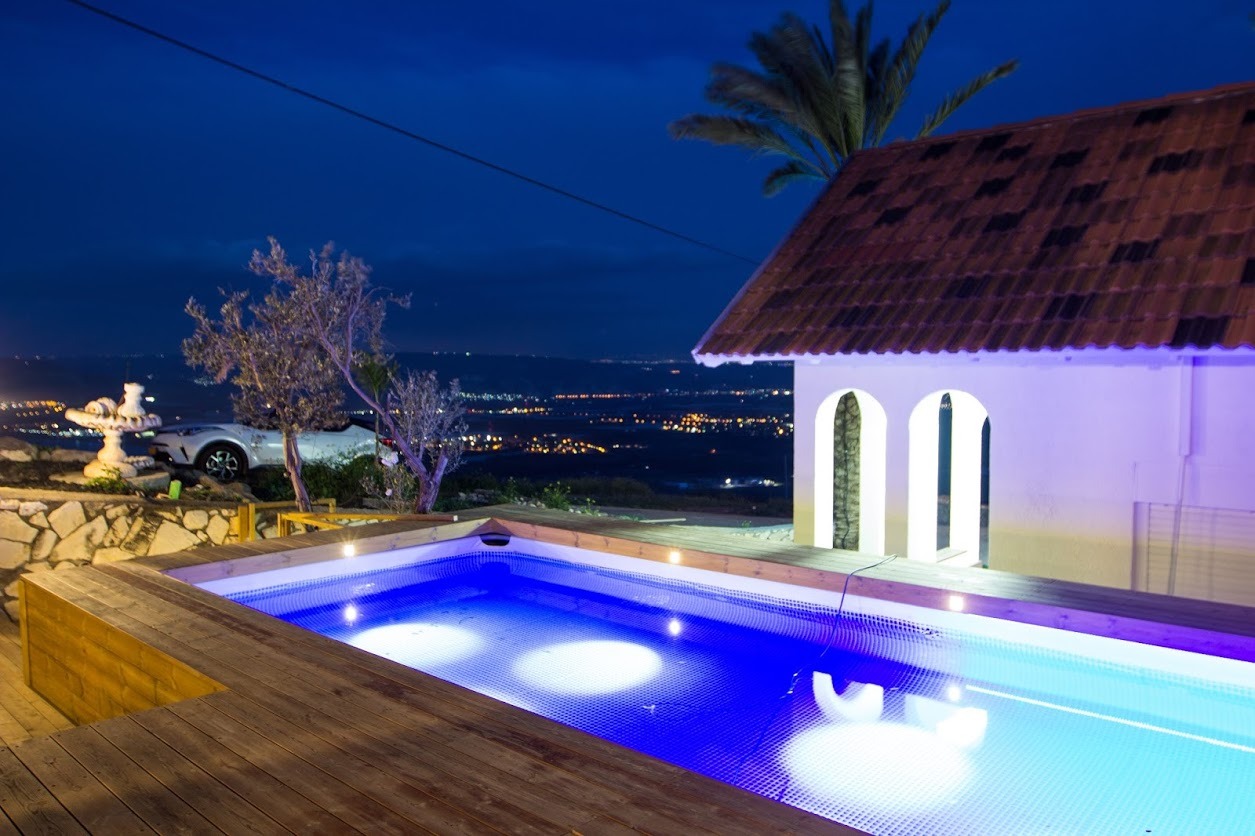 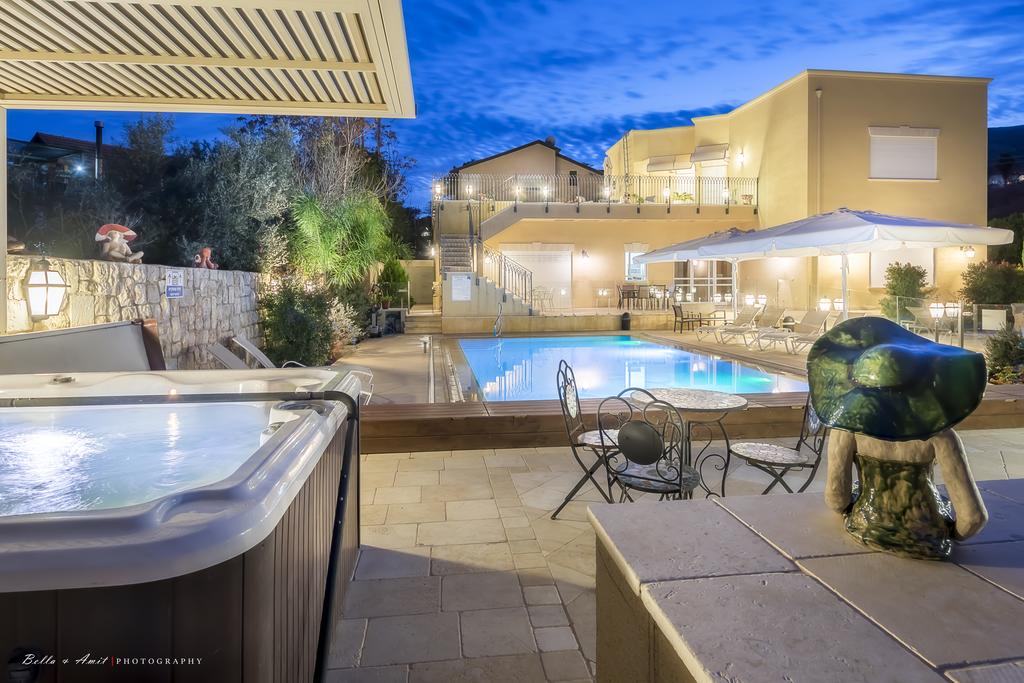 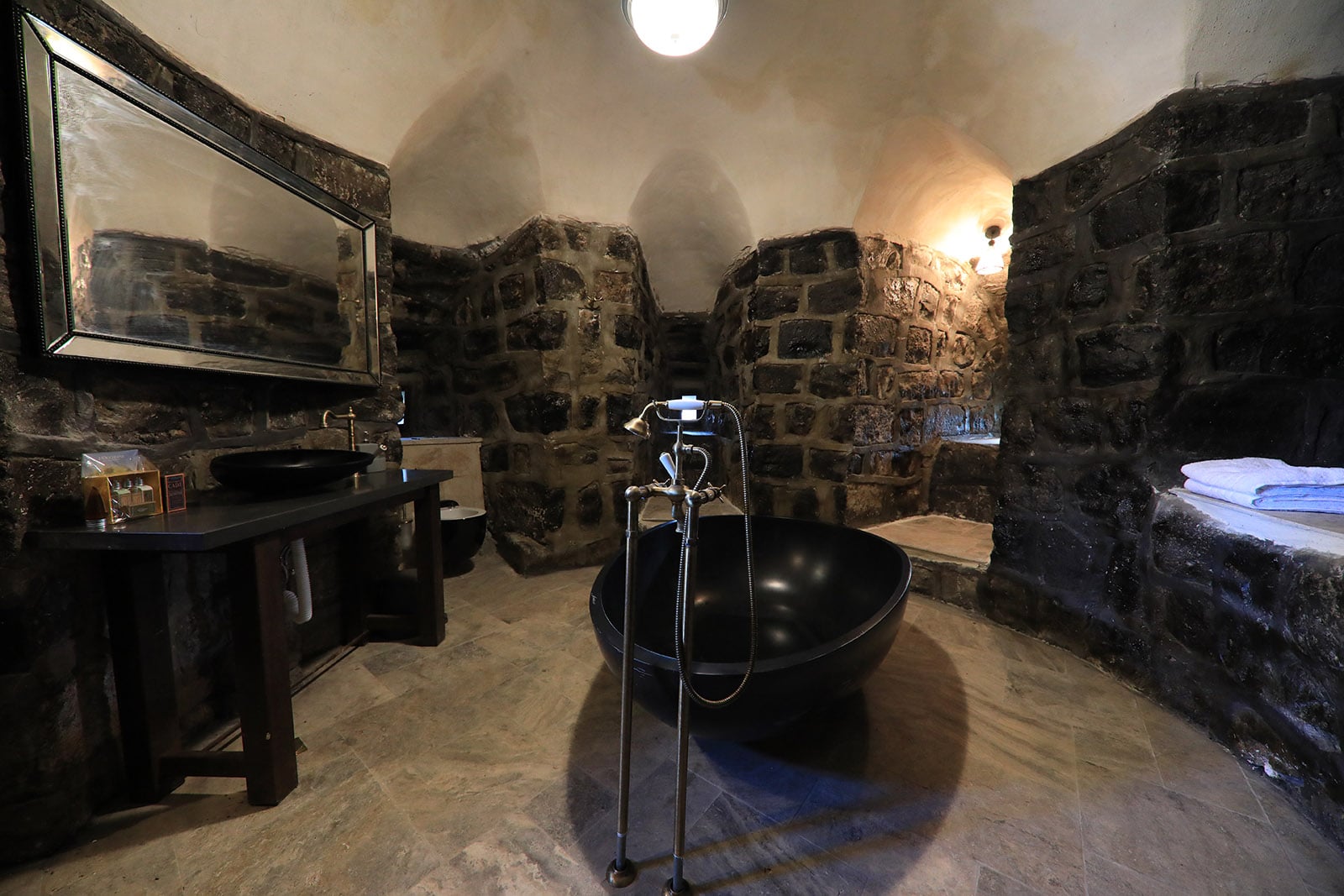 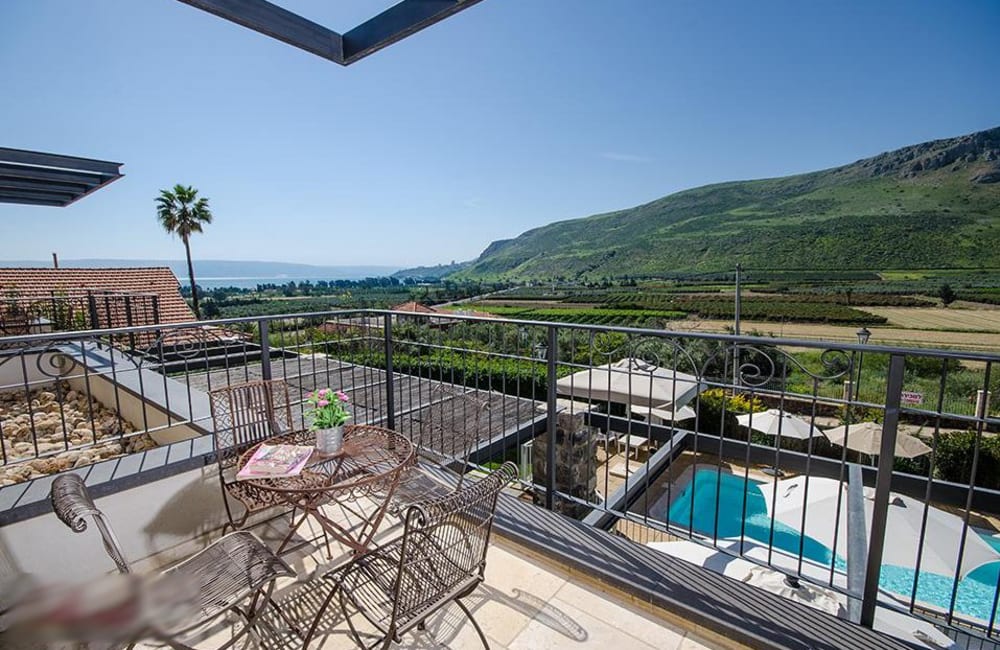 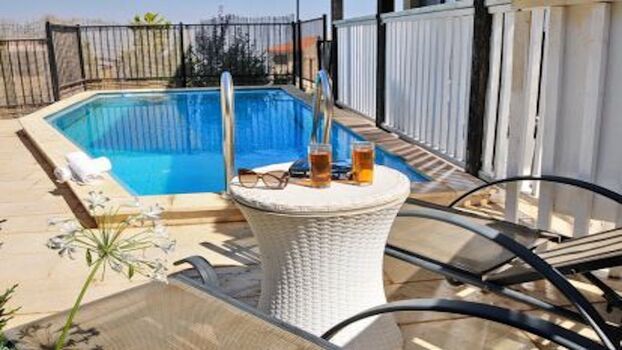 4BR VILLA WITH WONDERFUL
VIEWS OF SEA OF GALILEE 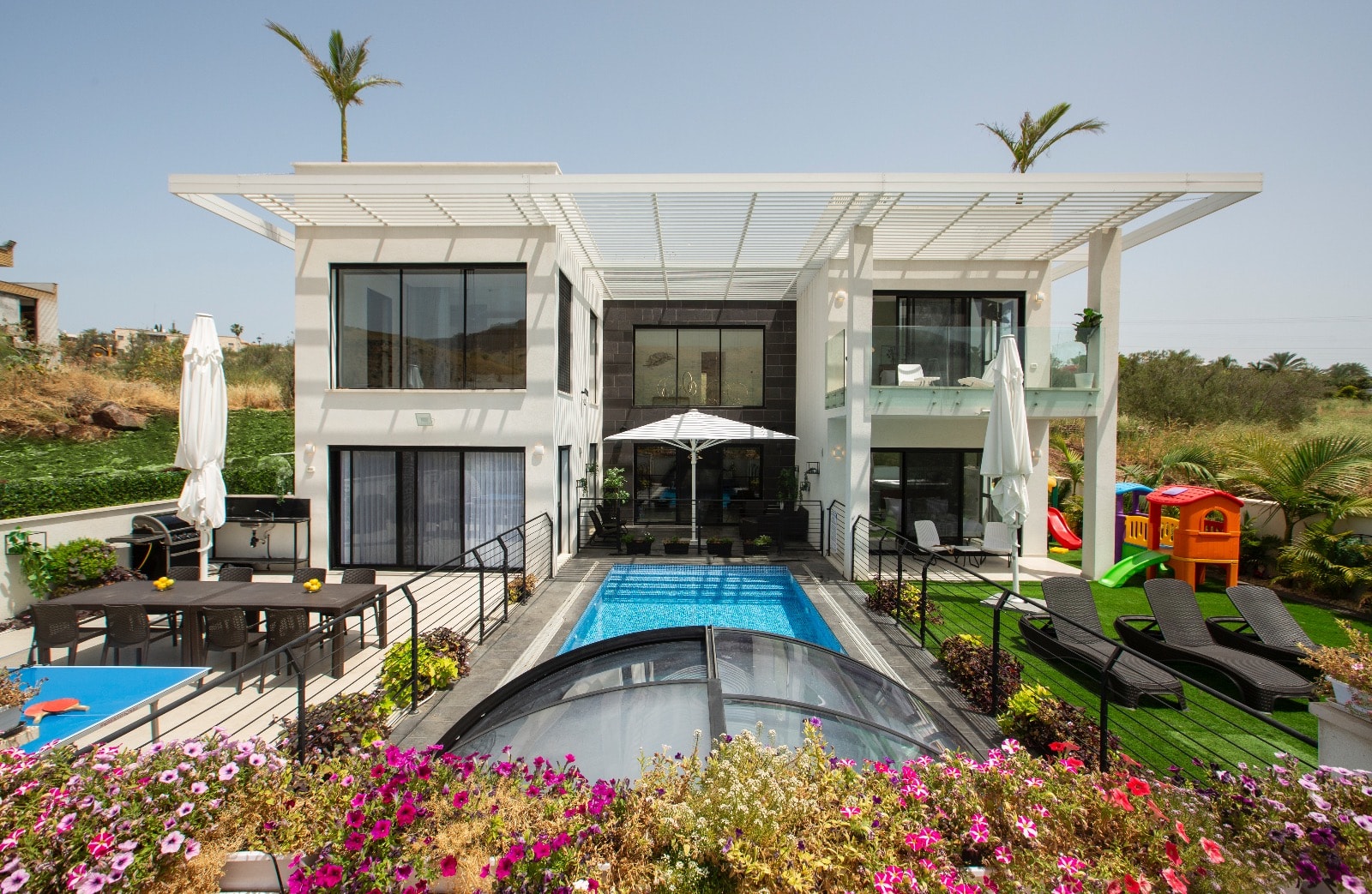 MODERN LUXURY VILLA WITH
JACUZZI AND POOL IN MIGDAL 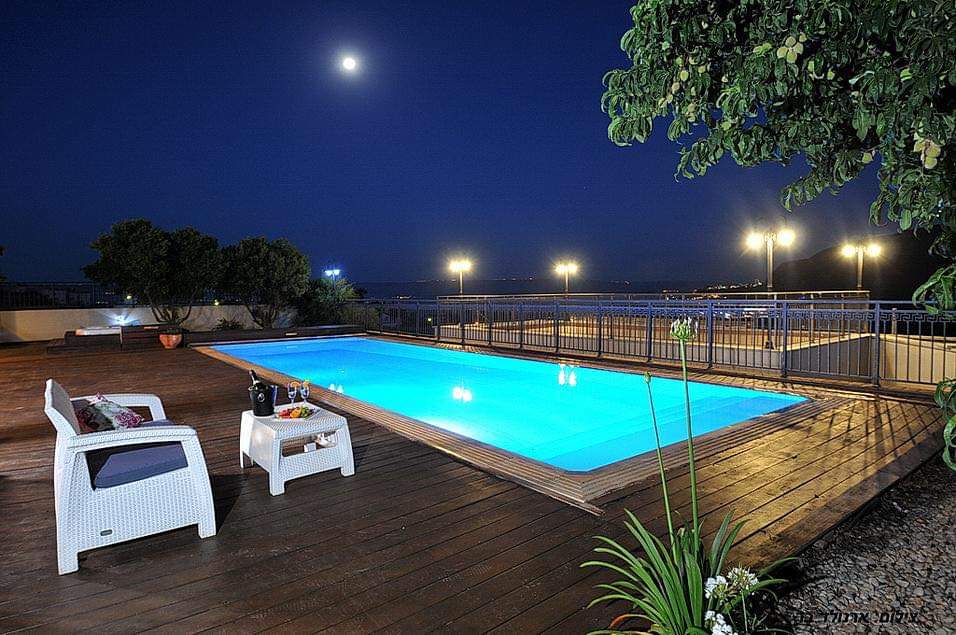 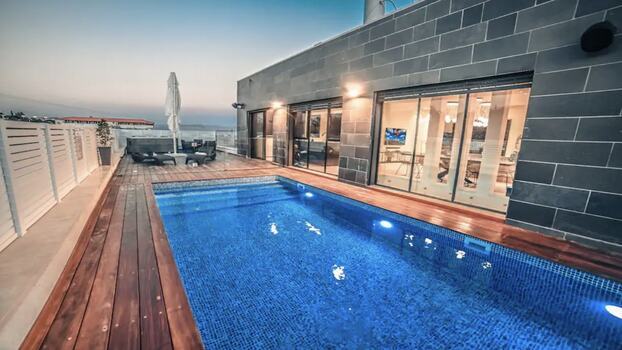 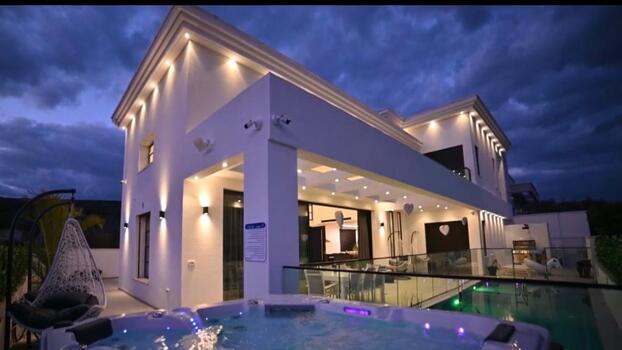 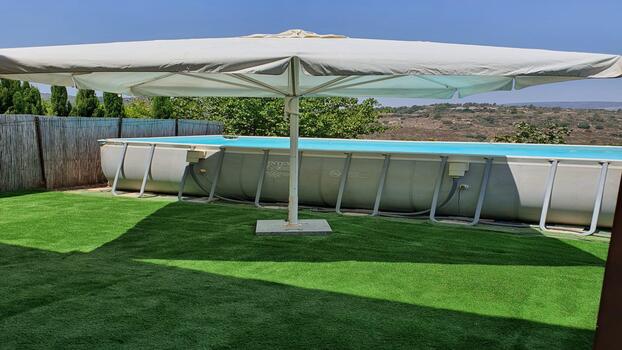 Internationally renown for its great night life and beaches, Tel Aviv will keep on surpising you.

Tel Aviv is marked by stark 1930s Bauhaus buildings, thousands of which are clustered in the White City architectural area. Museums include Beit Hatfutsot, whose multimedia exhibits illustrate the history of Jewish communities worldwide. The Eretz Israel Museum covers the country’s archaeology, folklore and crafts, and features an on-site excavation of 12th-century-B.C. ruins. The centre of town will offer you many restaurants, shops, hotels, and bars.

Boasting hundreds of inspiring restaurants, ranging from fine dining to easy going restaurants, Tel Aviv doesn’t fail to satisfy food lovers’ expectations. With many restaurants boasting coveted Michelin Stars, as well as being recognised for its locally produced ingredients, Tel Avivis regarded as a gastronomic hub in the World.

Tel Aviv, often called The City That Never Sleeps, has slowly evolved over the past few years into an enthralling and engaging city, a city that will amaze, delight, and have you begging for more! Night owls will find an attractive mixture of stylish bars with live music, fashionable clubs with DJ music, and chilling lounges in Tel Aviv. All of them have one thing in common: their international and laid-back atmosphere.

All Year Round Activities

Tel Aviv offers more than just beaches and night life. From the Jaffa Old Town to the buzzing City Center, you will have some much to do and visit. Lucky for you, you are in a city that is full of things to do, from relaxing afternoons at the beach or a gallery, to exciting adrenalin sports and crazy parties. Celebrate Tel Aviv at its full potential!

Travel to The Sea of Galilee

Tel Aviv's International Ben Gurion Airports is connected to all major Cities in Europe and the World.

We can arrange for a mini bus, taxi, or chauffeur-driven service from the airport to your luxury home in Tel Aviv. Alternatively, you can take a cab or the train that takes 15 minutes and runs all night.

Tel Aviv has a direct connection with Ben Gurion Airport and all major Cities in Israel. Contact our team to discuss the options that would be best suited to you.

Many of our properties in Tel Aviv offer off-road or underground parking and otherwise we can make arrangements for your vehicle to be safely stored while you enjoy your stay.