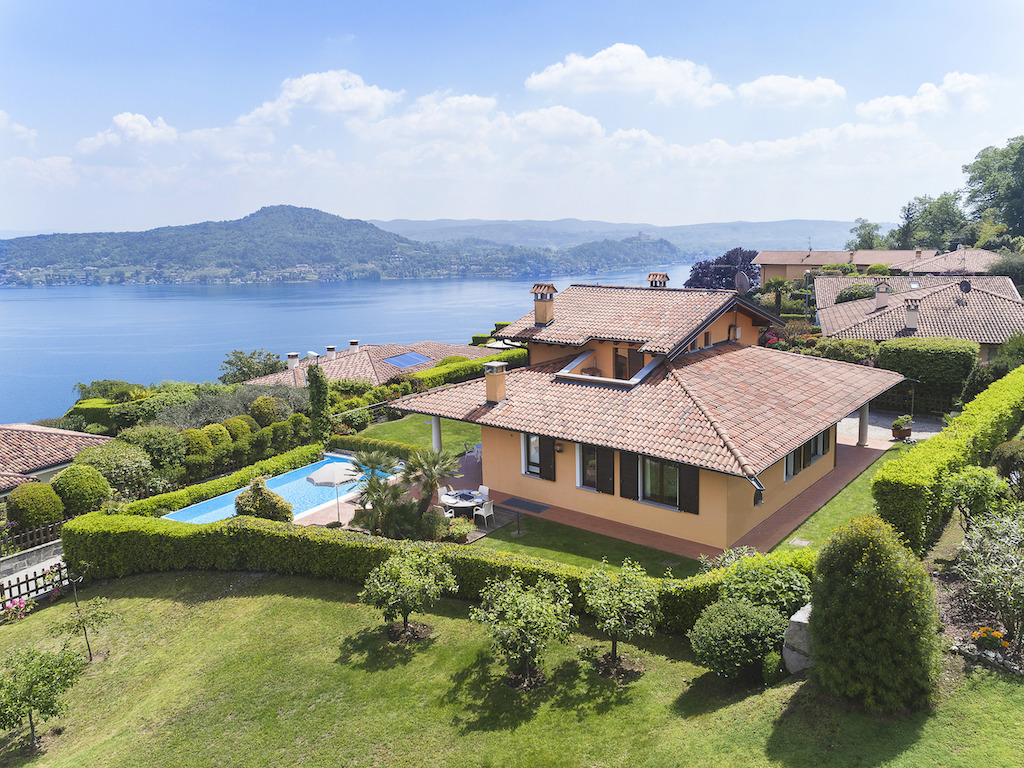 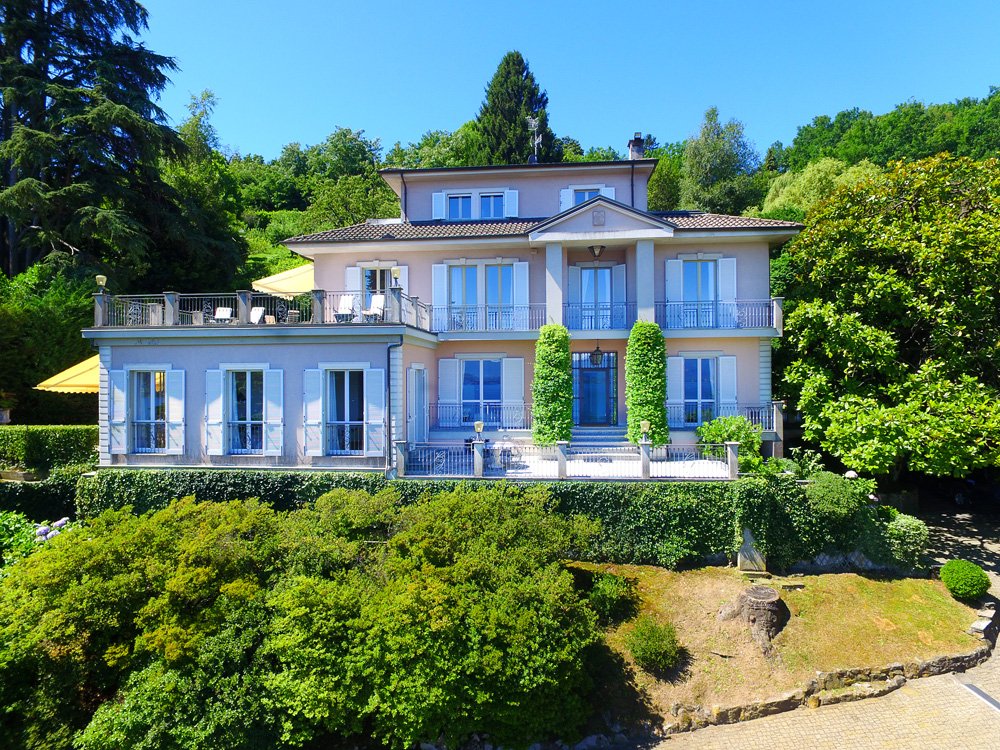 SUMMERHOUSE VILLA
IN VILLAGE OF MEINA

Lake Maggiore is one of the most beautiful Italian lakes and has enchanted the great Italian and foreign artists who have stayed here. It is believed to be the largest of the pre-Alpine lakes, hence the name "Maggiore", it is of glacial origin and its banks are in Lombardy, Piedmont and Switzerland.

THE AREA AND HISTORY

Maggiore is Italy’s international lake – its northernmost point protrudes sinuously into Switzerland, while its Italian shores are shared by Piedmont (west) and Lombardy (east). Free of Como’s overt glamour or Garda’s Disney-esque theme parks, it is often considered the most peaceful of northern Italy’s great bodies of water, its shores a little less crowded and its hinterland intriguingly wilder. The star attractions are the Borromean Islands, which, like a fleet of fine vessels, lie at anchor at the Borromean Gulf’s (Golfo Borromeo) entrance, an incursion of water between the lake’s two main towns, Stresa and Verbania. More than its siblings to the east, Lake Maggiore harbours a distinct belle-époque air. The lake became a popular tourist destination in the late 19th century with the opening of the Simplon Pass and it is this era, with its stately hotels and regal promenades, that still defines its essence.

The 11 islands, of which 8 are in Piedmont and 1 in Lombardy, are among the many beauties of this lake. The fascinating archipelago of the Borromean Islands including Isola Madre, Isola Bella and Isola dei Pescatori is set between Stresa and Verbania. The three rocks called Castles of Cannero with the remains of the Fortezza Vitaliana sought by Count Ludovico Borromeo are also interesting. Do not miss the island of La Malghera and the isle of Partegora and the beautiful isle of St. Giovanni in front of Verbania, where Arturo Toscanini lived for a long time in the seventeenth century Palazzo Borromeo.

Beautiful villas and imposing fortresses and castles are located around the lake and its islands and bear witness to the history and culture enriching the charm of this place: the Castello Visconteo of Locarno, the Rocca of Arona and the Rocca Borromea Angera which now houses a doll's museum. Palazzo Borromeo on Isola Madre and Isola Bella, the eighteenth-century Villa Ponti in Arona and Villa Treves in Belgirate, which hosted Gabriele D'Annunzio and Giovanni Verga among its guests, are just some of the very interesting villas. Villa Ducale and Villa Pallavicini with its zoological park are located in Stresa, whilst the splendid Verbania hosts many beautiful villas such as Villa Giulia and Villa Taranto and the nearby Villa San Remigio.

Nature lovers will find Lake Maggiore the ideal place to spend their holidays thanks to the many botanical gardens, including Villa Taranto with more than a thousand plants, Alpinia extending over 40,000 sq.m., the Camelia Park in the Locarno and the gardens located in the various islands. There are also many natural reserves such as the National Park of Val Grande and the Natural Park of the Ticino Valley, a UNESCO biosphere reserve.

If you're starting out in Milan and have a rental car, head out of the city on the A8/Autostrada dei Laghi, also signposted in places as the E62 and E35. After about 27 miles (43 km), at Gallarate, the highway divides – you'll want to head in the direction marked Genoa/Gravellona T., which is the E62/A8/A26.

For arriving to Lago Maggiore by train, Trenitalia offers direct trains from either Milano Centrale or Milano Porta Garibaldi stations, with stops at Arona, Stresa, and Verbania-Pallanza, all on the western side of the lake. Note that to reach points north of Verbania on the lake's western shore, you have to travel to Laveno on the eastern shore (see below), then take a ferry across the lake to Intra.