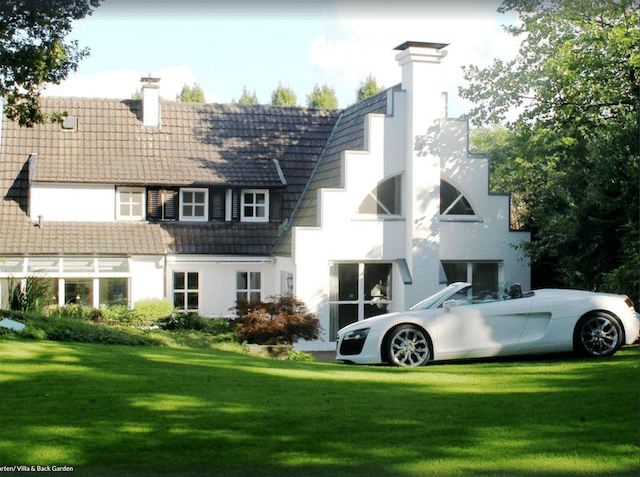 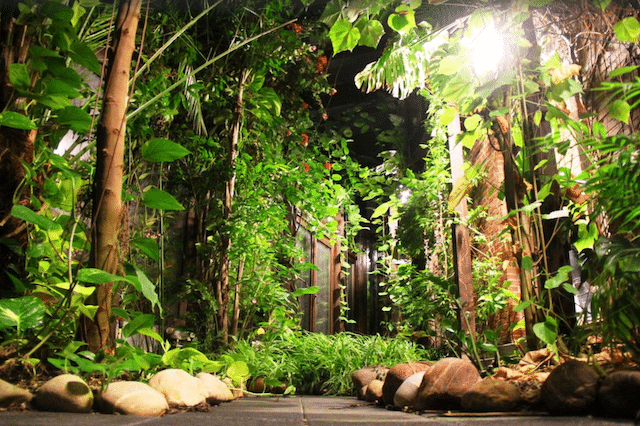 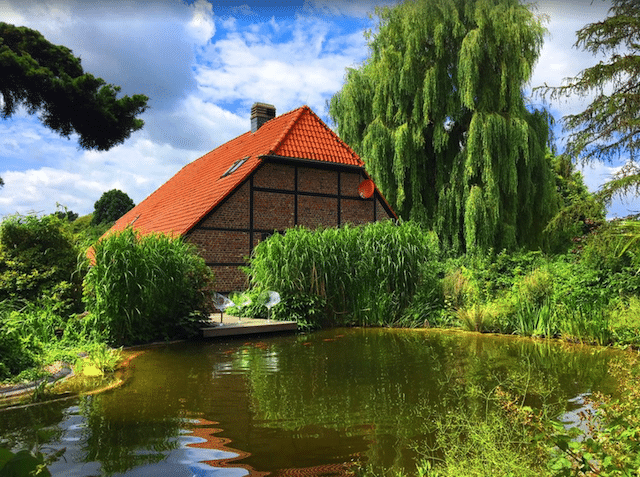 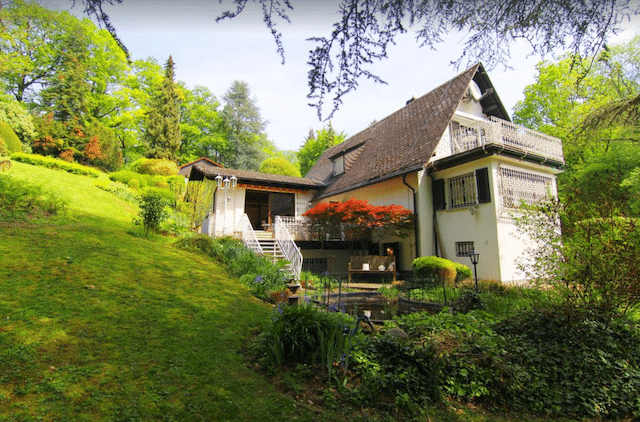 MOST STUNNING PRIVATE
VILLA IN FRANKFURT

There's something undeniably artistic in the way Germany's scenery unfolds; the corrugated, dune-fringed coasts of the north; the moody forests, romantic river valleys and vast vineyards of the centre; and the off-the-charts splendour of the Alps, carved into rugged glory by glaciers and the elements. All of these are integral parts of a magical natural matrix that's bound to give your camera batteries a good workout. Get off the highway and into the great outdoors to soak up the epic landscapes that make each delicious, slow, winding mile so precious.You'll encounter history in towns where streets were laid out long before Columbus set sail, and in castles that loom above prim, half-timbered villages where flower boxes billow with crimson geraniums. The great cities – including Berlin, Munich and Hamburg – come in more flavours than a jar of jelly beans but all will wow you with a cultural kaleidoscope that spans the arc from art museums and high-brow opera to naughty cabaret and underground clubs. And wherever you go, Romanesque, Gothic and baroque classics rub rafters with architectural creations from modern masters such as Daniel Libeskind, David Chipperfield and Frank Gehry.

Experiencing Germany through its food and drink will add a rich layer to your memories (and possibly to your belly!). You'll quickly discover that the local food is so much more than sausages and pretzels, schnitzel and roast pork accompanied by big mugs of foamy beer. Beyond the clichés awaits a cornucopia of regional and seasonal palate-teasers. Share the German people's obsession with white asparagus in springtime, chanterelle mushrooms in summer and game in autumn. Sample not only the famous beer but also world-class wines, most notably the noble Riesling.

Though it remains far less well known or understood by foreigners than some other European countries, since reunification Germany has gained a higher profile as a travel destination. The most popular destination is Berlin, one of the most fascinating capitals in Europe. Many of Germany’s other major cities have proud histories as independent city states or as capitals of kingdoms in their own right. But the tourist attractions in Germany are by no means limited to the cities and many other great attractions can be found in every part of the country.

Leipzig is a major city in Saxony, and it is also home to one of the largest monument in Europe. The Volkerschlachtdenkmal, or Monument of the Battle of the Nations, was built to remember the Battle of Leipzig in the Napoleonic Wars. During the battle, more than 100,000 soldiers perished. Although the battle took place in 1813, the monument wasn’t unveiled until 1913. Today, the monument is accompanied by a museum exhibit explaining more about the battle and the Napoleonic wars of the 19th century.

Bamberg is a historic city in Bavaria, and it is home to a number of fascinating architectural landmarks. None is so interesting or important as the Old Town Hall, or the Altes Rathaus. Legend says that the city’s bishop wouldn’t allow the residents to build a town hall on existing land, so they decide to construct the building in an unexpected spot. The Altes Rathaus is perched on the middle of a bridge spanning the Regnitz River, and the interior is decorated with remarkable frescoes.

One of the highest mountain ranges in Germany is the Harz Range, a region populated by picturesque, traditional homes, snow-covered peaks and peaceful rivers. The Grimm Brothers, who famously wrote many of the world’s most popular fairy tales, based some of their stories in the Harz Mountains. With a limited number of tourists, the Harz Mountains are slightly off the beaten track, offering activities like hiking to the summit of Brocken, the tallest peak, or riding an authentic steam train through the mountains and valleys.

Located near the border with Belgium and the Netherlands, the Aachen Cathedral is the oldest cathedral in northern Europe. Construction on the cathedral began in the eighth century, and the design is a combination of Carolingian and Gothic styles. The cathedral was built by the king Charlemagne, and countless coronations were held there in centuries past. Visiting today, some of the most fascinating things to see are the incredible bronze Wolf Doors from the ninth century and the golden mosaics in the Palatine Chapel.

Off the northernmost coast of Germany are the North Frisian Islands. Sylt is one of the most popular islands, although its northern location means it is not as accessible for travelers as other German tourist attractions. Sylt boasts endless beaches, not to mention gorgeous sand dunes and traditional lighthouses. A short walk from thatched roof cottages and open fields, you can make a splash at the beach and stay in a contemporary hotel suite. It is also popular to rent bicycles and tour the island that way.

North of the Harz Mountains National Park is the charming, picturesque town of Quedlinburg. As visitors walk along the cobblestone streets, they will have the opportunity to view over 1,000 half-timbered houses. Since the town suffered minimal damage during the World Wars, it is one of the few destinations in Germany that retain its quaint, historic style. In addition to traditional residences, Quedlinburg is home to a German Romanesque cathedral known as the Dom and a variety of museums exploring local architecture, history and art.

Schwerin Castle in the city of Schwerin is one of the most significant attractions in the state of Mecklenburg-Vorpommern. The castle is situated on an island in the middle of the Schweriner See, adding to its unusual appeal. Built in the 14th century, Schwerin Castle is now a seat of government, and it is open for guided and self-guided tours. The castle is said to be haunted by the ghost of a creature called Petermännchen, and these legends bring in a number of curious visitors each year.

The Rügen Cliffs are located in the Jasmund National Park in the northeast of Rügen island. Facing constant erosion the chalk cliffs tower high above the Baltic Sea. The 118 meter (387 feet) high Königsstuhl (king’s chair) is the most majestic part of the cliffs. The undisturbed forests behind the cliffs are also part of the national park.

Whether you’re headed for Germany during spring, summer, autumn or winter, there’s always an exciting event taking place. As a country renowned for its multicultural capital, Berlin, yet also famed for its traditional culture, cuisine and classical music, there’s something to suit every interest in Germany. You could book a holiday during Munich’s world-famous Oktoberfest, sampling the finest beer and bratwurst in the country, or spend a long weekend in Berlin during the film festival, enjoying some of the world’s best cinema. Whether you’re planning for a specific event, or your holiday coincides with a festival, you’ll find plenty to keep you entertained when holidaying in Germany.

Today, the Oktoberfest is the largest festival in the world, welcoming over 6 million visitors to Munich to enjoy everything that’s great about Germany. Although dates change annually, the festival is usually held between late September and early October, and sees visitors eating traditional German sausages, listening to street-side Bavarian bands, and drinking local beer out of huge, heavy steins! Dress up in your most elaborate costume and head for an Oktoberfest beer tent: with over 30 to choose from, you’ll be spoilt for choice! Of course, there are numerous attractions aside from beer, including circuses and roller-coasters!

Bach Fest is one of Germany’s best known music festivals, and an unmissable event for lovers of classical music. Dedicated to the works of composer Johann Sebastian Bach, the unique festival is held in Leipzig for two weeks during June, and has been since 1904. Previously known as Bachwochen (Bach Weeks) or Bachtage (Bach Days), today the festival takes on a different theme each year, and sees over 100 events take place. While it boasts an exciting combination of secular and chamber music by major composers, the famed last day celebrations are eagerly anticipated, as Bach’s Mass in B minor is performed in St. Thomas Church.

The Rose Monday Parade takes place during the Carnival of Germany - known to locals as the Karneval or Fasching - an event held during spring every year. Known as the ‘Fifth and Foolish Season’, it’s an explosion of colourful costumes, masked balls and parading floats, making it one of the most exciting events on the calendar. Caricatured figures throw sweets, toys and confetti to spectators, who often come dressed in elaborate costumes themselves! But for the very best Carnival festivities, simply book Cologne accommodation: over 10,000 participants and 100 floats take to the city’s streets each year!

Increasingly, it is possible to fly to and from, or within Germany on low-fare airlines (Billigflieger) like easyJet, Ryanair, and others. Major airlines such as American, Delta and United (with partner Lufthansa) also fly to and from Frankfurt, Munich and other German and European cities. The demise of Air Berlin opened up slots for easyJet at Berlin’s Tegel (TXL) airport. Condor, now part of Thomas Cook Airlines, flies to Germany out of Anchorage, Calgary, Halifax, Ft. Lauderdale, Las Vegas, Seattle, Vancouver, and other cities — with the advantage of reasonable one-way fares if you need that. Some of these North American airports are seasonal.

Other than hitchhiking or ride-sharing, buses are the cheapest way to get around Berlin. The service is usually punctual, although not as efficient as the train. Buses are comfortable with reclining seats, air-conditioning, rest stops, and sometimes even free WiFi.

Germany has some of the best public transportation in the world. After all, they created the first highway system ever! All the cities and larger towns have public transportation that is reliable and efficient. In cities like Berlin and Munich, all of the various networks are integrated: one ticket gives you access to buses, trams, U-Bahn trains (subway), and S-Bahn trains (above ground). Fares are determined by zone, but generally a one-way fare starts from 2.90 EUR ($3.30 USD). You can get a one-day unlimited pass for 7 EUR ($8 USD), or three days for 17 EUR ($19 USD).