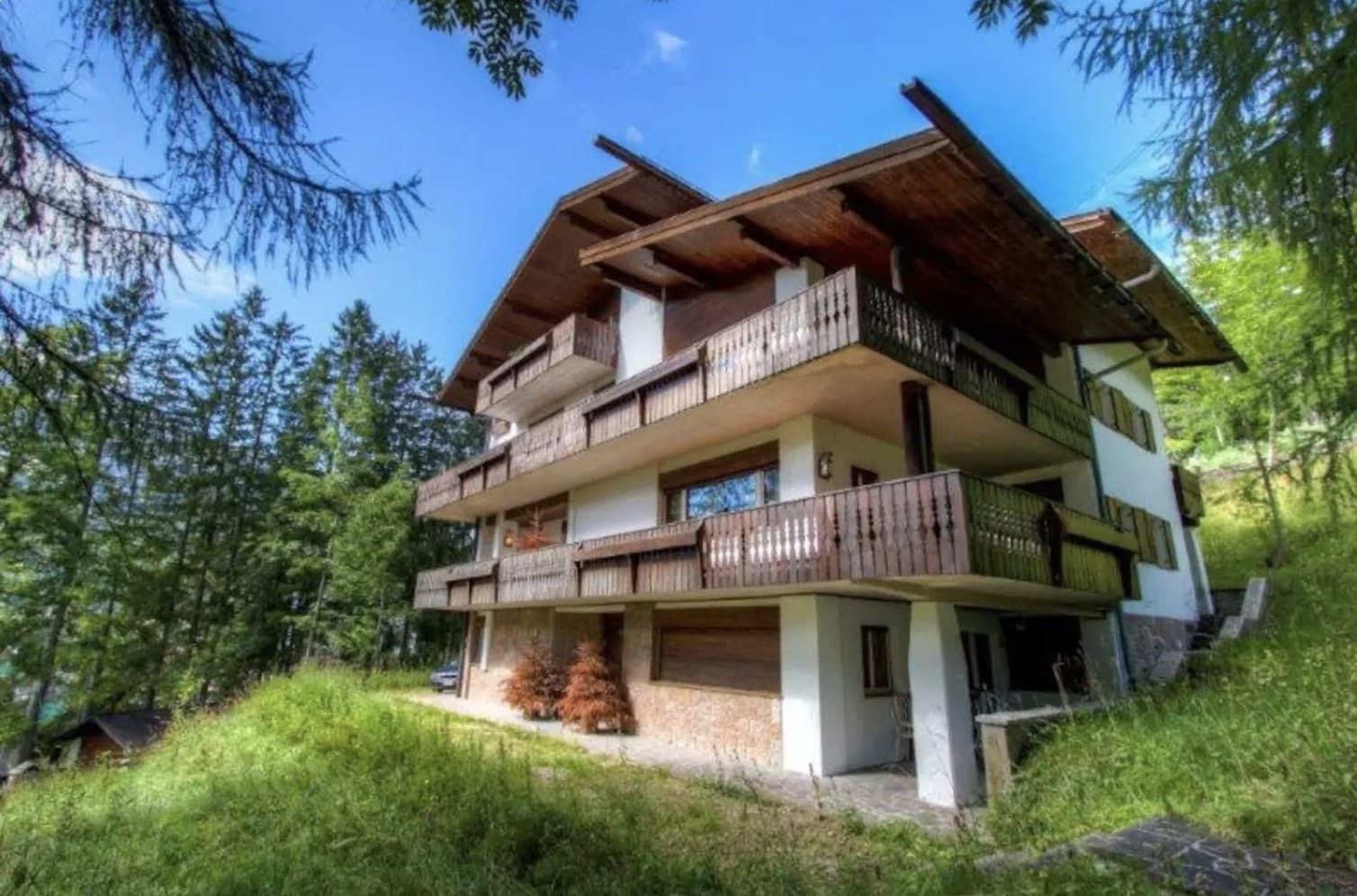 PLEASANT CHIC CHALET
IN THE HEART OF DOLOMITES 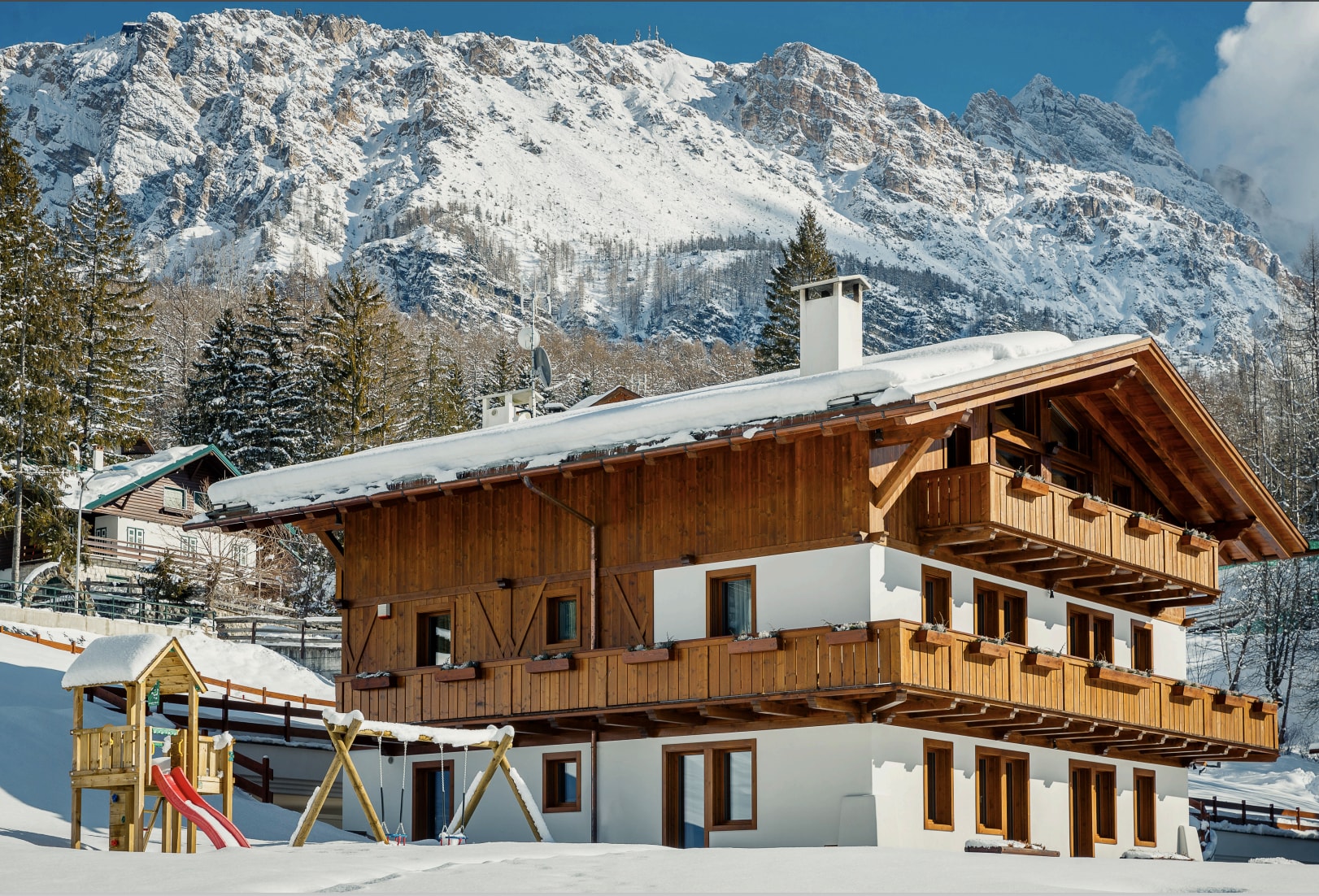 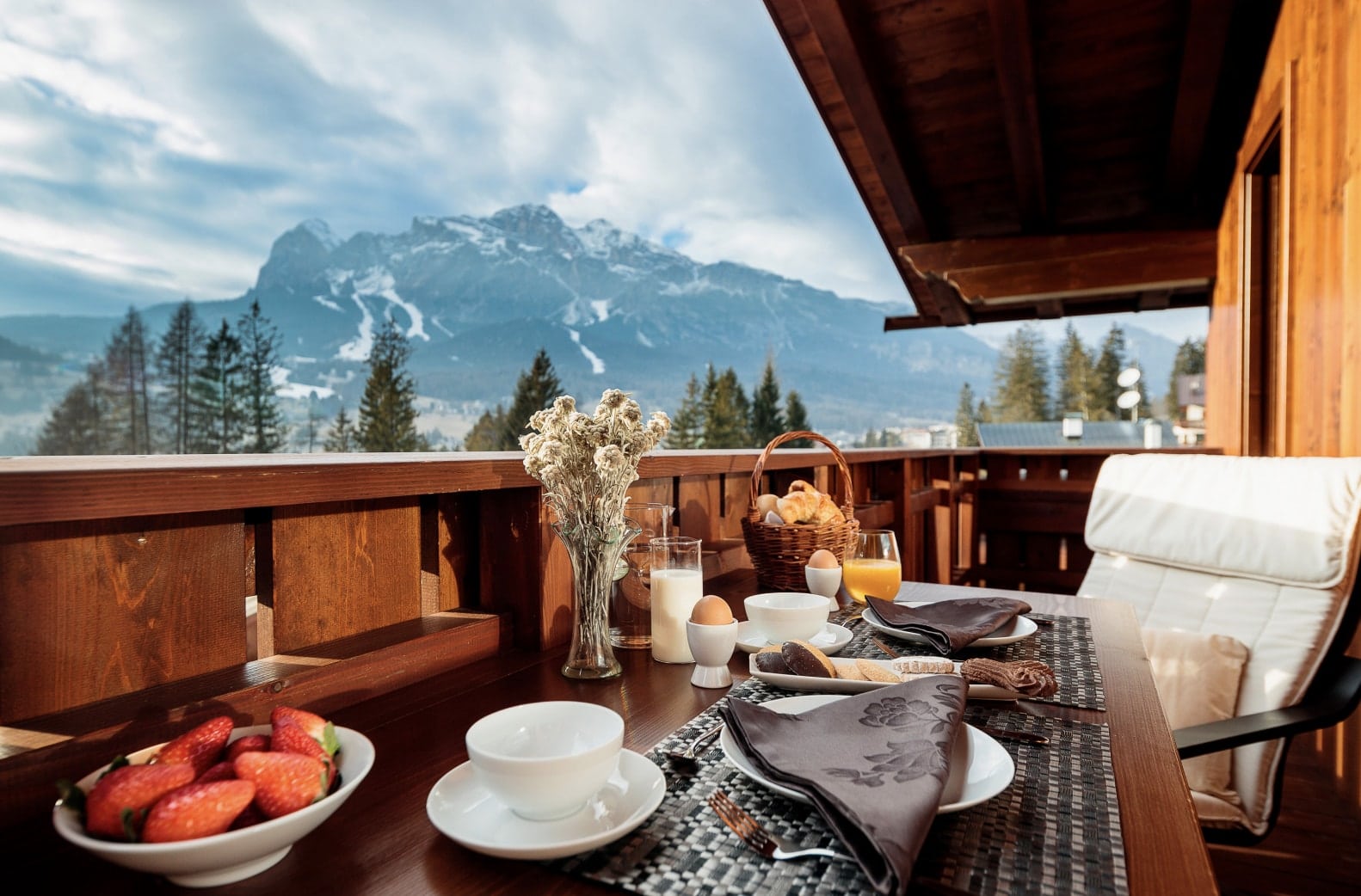 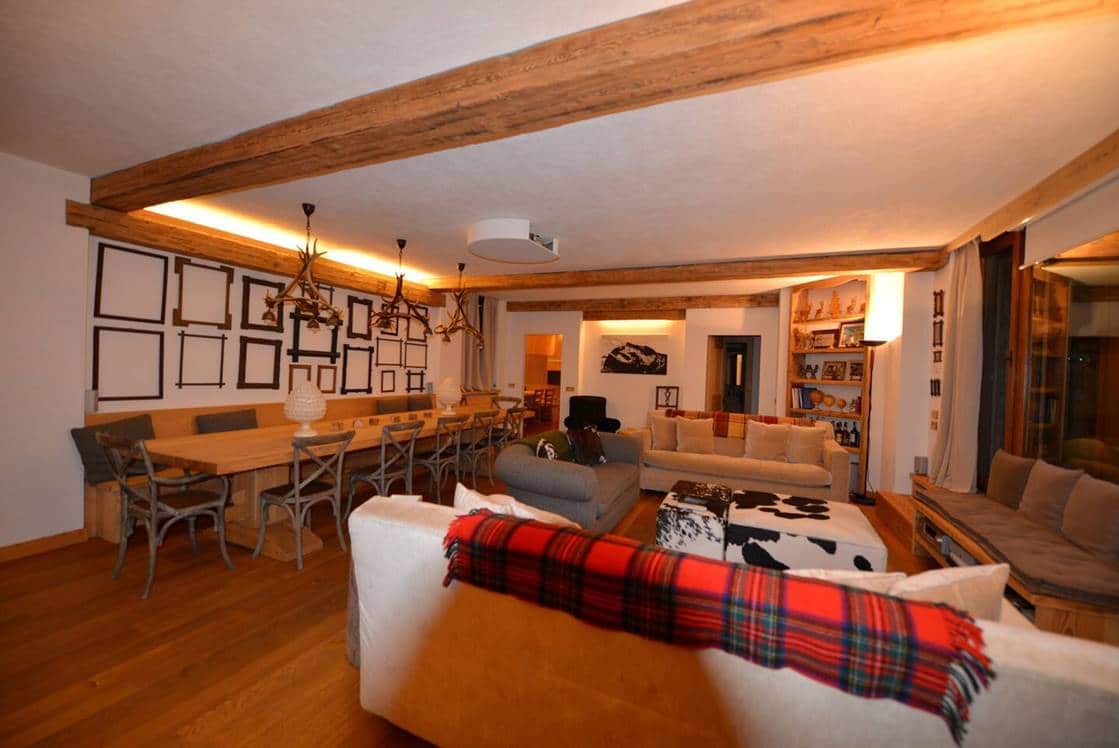 Queen of the Alps

Cortina, Queen of the Dolomites, has a heritage of nature, tourism and glamour. A much loved Italian mountain destination for all seasons, this Olympic town, which for more than a century has been a showcase for Italian style and fashion, has also succeeded in preserving ancient customs and traditions that have largely disappeared elsewhere.

Granted, its numbers swell from 6,000 natives to 50,000 in the high points of the ski season, but Cortina feels very much like a town with its own sense of self. It is a pretty little place that is easy to walk around just to wile away the hours. It really became a skiing destination following the 1956 Winter Olympics, but it would be a mistake to not wander its streets and unwind during your stay. Cortina is a place for the jet-set and aristocrats but it doesn't thrust the need for the latest fashions and labels down your throat. No one seems to be checking out whether you're one of the 'proper people' when you're out on the slopes or out on the town.

The cuisine of this area is one influenced by the nearby borders: Tyrole and Apsburg cookery blend with the locat Veneto tradition creating a unique style. Many typical dishes carry original German names as a sign of the tight bond the locals have in regards to their past. Among the most famous dishes is chenedi, a local spinoff of Tyrole canederli, or knodel, breadcrumb dumplings filled with speck, lard, spinach and cheese that come served either swimming in hot broth, or dressed with brown butter. Of clear German and Central European origin is pestariei: pieces of flour and water dough that are cooked in salted milk: this was a typical local breakfast.

A true paradise for winter sports enthusiasts, Cortina offers skiers some of the world’s most breathtaking scenery.

As the majority of the territory of Cortina and of all the Dolomites is bordering the Natural Parks of the Dolomites, practicing heli-skiing is very limited. It is possible to have spectacular runs on glaciers, valleys and immaculate slopes, surrounded by the most beautiful mountains in the world, only in a few very remote areas, close to the vertical faces of the Dolomites, that are practically unreachable and require the use of a helicopter.Heli-skiing in Cortina offers a day trip that will remain etched in your memory both from the environmental aspect and the excitement of flying by helicopter, brushing the sharp ridges of the mountains; and from the skiing perspective it will provide diverse and spectacular runs.

The Queen of the Dolomites and curling has been a winning combination for more than a hundred years. The sport was practiced in Cortina already at the beginning of the previous century and grew in popularity on the icy tracks of the prestigious Cristallo and Miramonti hotels, frequented by international celebrities like Alberto Sordi and Brigitte Bardot. Every year, during the month of June, the Queen of the Dolomites hosts the ‘Trofeo Città di Cortina’ a popular tournament that attracts teams from all over the world. In 2006 the athletes from Ampezzo participated in the 20th Winter Olympics.

The latest activity on the snow in Cortina is taking off fast in popularity. Bikes with oversized tyres for riding on snow allow bike enthusiasts to continue their sport also in winter. The bikes can be rented in most of the bike rentals in Cortina and there are several itineraries and forest roads suitable for fat bikes. Fat bikers can also use the ski lifts to get access to tracks at altitude.

Date: 2020-02-01
A not-to-be-missed encounter with the history of Nordic skiing, the legendary annual Granfondo Dobbiaco-Cortina Nordic ski race takes place on the path of the former Dolomite railway line, considered one of Italy’s most beautiful cross-country ski routes.

Date: 2021-02-09 until 2021-02-21
The FIS Alpine World Ski Championships 2021 are scheduled for 9–21 February in Cortina d'Ampezzo, Italy. The host city was selected at the FIS Congress in Cancún, Mexico, on 10 June 2016. Cortina d'Ampezzo was the only applicant, and had been a finalist for the previous two championships.

Date: 2026-02-06 until 2026-02-22
The 2026 Winter Olympics, officially known as the XXV Olympic Winter Games (French: Les XXVes Jeux olympiques d'hiver; Italian: XXV Giochi olimpici invernali), and commonly known as Milano Cortina 2026 or Milan Cortina 2026, is a forthcoming international multi-sport event that is scheduled to take place from 6 to 22 February 2026 in the Italian cities of Milan and Cortina d'Ampezzo.

Driving in your car towards Cortina from Venice, you will pass Longarone and Tai and Valle in Cadore villages. You will enter to the valley of River Boite - you can enjoy the view of Pelmo mountain and Antelao to the right part. After San Vito village, you can enjoy the vista of the wonderful Ampezzo Valley, surrounded by mountains and forests with Cortina d'Ampezzo laying right in the middle of the valley.

During winter season, Cortina is linked to other Italian cities by direct bus lines: - The bus link Cortina d'Ampezzo to/from Mestre (Venice) is ran by Cortina Express; these bus links synchronies with the arrivals and departures of Eurostar trains from/to Milan.