The Island of Fishermen and Wine Growers 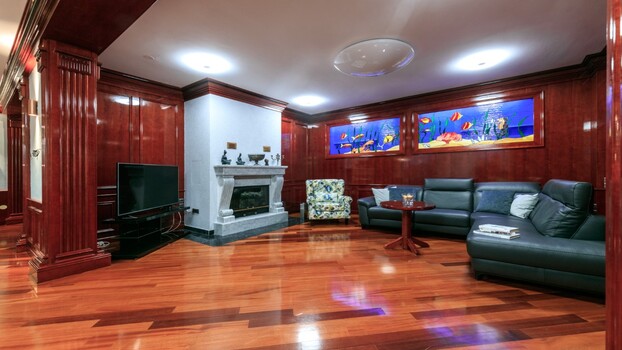 The island of Vis is a pearl among Croatian Adriatic islands

The island of Vis is a small and the outermost Croatian island with an area of 90.30 km2, 77 kilometers long rocky shore and population of about 3 600 inhabitants. It is located on the open sea, 45 kilometers from the mainland and it is surrounded by archipelago which consists of many smaller islands and islets: Ravnik, Budikovac, Bisevo, Svetac, Jabuka, Brusnik and Palagruza. It is approximately 60 miles away from the Italian coast. The highest peak on the island is Hum with 587 meters over sea level.

The island of Vis is a pearl among Croatian Adriatic islands, left untouched by the development of tourism for so many years – due to its strategic location on the open sea, it served as a military zone for many years. The island began to open slowly to the outside world, offering its unique traditions, history, cultural heritage and natural beauties and it is slowly becoming one of the most popular tourist destinations in Croatia. Vis has always been an island of fishermen and winegrowers. Komiza on the island of Vis is considered the cradle of fishing in the Adriatic, and in times gone by, the Komiza fishermen where well known in all Mediterranean harbours as experts in their field. Today the Fishing Museum in Komiza shows the famous history of the Vis fishermen. The most famous authentic white wine is definitely the famed Vis Vugava, which you can try in numerous restaurants and cellars on the island. Vugava is a high quality and potent wine, golden yellow in color with a slightly bitter aroma that recalls honey. Today, Vis including Bisevo has about 700 ha of vineyards.

THE ISLAND OF VIS

The grotto is one of the best known natural beauty spots on the Adriatic and a popular show cave because of the glowing blue light that appears at certain times of day. The Blue Grotto or Blue Cave, is a waterlogged sea cave located in a small bay called Balun, on the east side of the island of Biševo and about 4.5 nautical miles from Komiža, in the Croatian Adriatic. It is situated in the central Dalmatian archipelago, 5 km south-west of the island of Vis.

Biševo is an island in the Adriatic Sea in Croatia. It is situated in the middle of the Dalmatian archipelago, five kilometers southwest of the Island of Vis. Its area is 5.8 km² and it has a population of 15

Located on the eastern side of the bay of the town Vis ("St. George's bay"), overlooking the islet "Host", on the base of small peninsula named "St. George", close to "Czech Villa" - once beautiful and renowned holiday building that was used by former Yugoslav army. Grandovac beach is closest beach to the village of "Kut", the eastern suburb of the town of Vis. It takes around 15 minutes (approximately 1.5 kilometres) of relaxing walk to get to the beach from the village of "Kut".

Vis is an island in the middle of the Adriatic sea, 54 km (29 NM) from the mainland. It can only be reached by boat – Car ferry, fast catamaran (for passengers only) or private boat/yacht. Ferries depart from Split only. Catamaran also every day depart from Split but: At Tuesday only catamaran sail via Hvar and you can board up in Hvar. At Wednesday only catamaran sail via bay Milna on the island of Brač and you can board up in Milna.