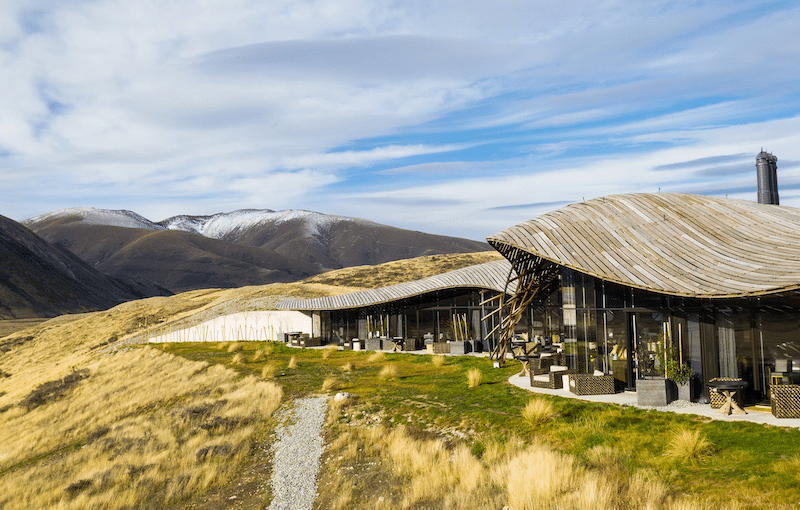 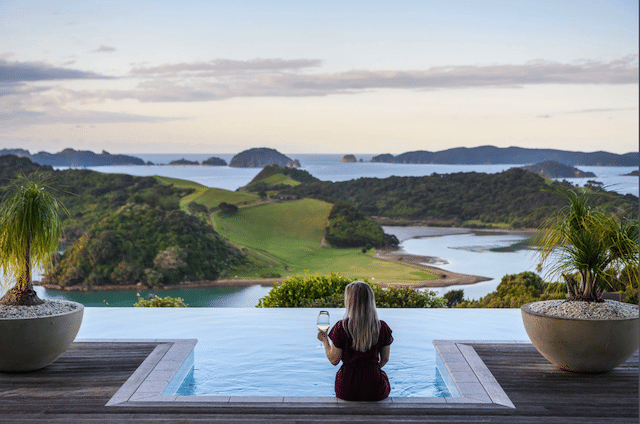 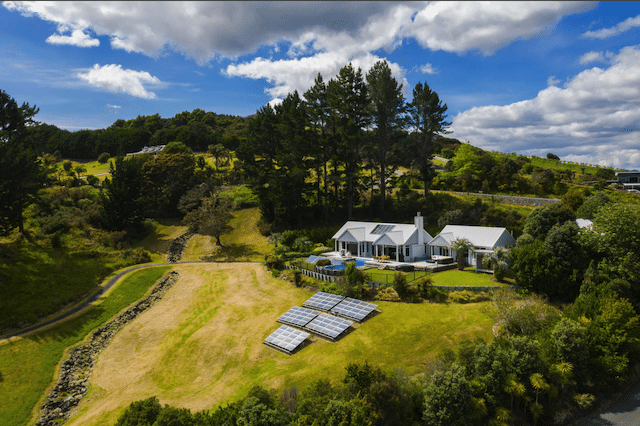 New Zealand is as close to paradise as it gets on this earth. Whether you're looking for a thrilling adventure, a sightseeing extravaganza, or the chance to explore a countryside that is richly blessed in natural beauty, New Zealand is the place for you.

Many visitors begin their holiday in Auckland, New Zealand's largest city. Although Auckland has a true big-city feel, Mother Nature has blessed the area with many natural wonders. Take a day trip from Auckland to see and explore a rainforest, volcanoes, and gorgeous beaches. Another option is to explore the nearby Matakana coast. Escape from the city and enjoy bountiful vineyards and wineries, a honey center, art galleries, and boutique shopping. You won't want to miss out on a glass-bottomed boat ride through the Goat Island Marine Reserve!

The Kiwi culture is vibrant and alive in the South Island town of Queenstown. Adventurers flock to this city for the chance to sky dive, jet boat, and bungee jump. However, this city is also famous for more calm and relaxing ventures such as a thriving art community, botanical gardens, a tranquil waterfront, and a plethora of buildings and sites for history lovers to enjoy and explore.Your once-in-a-lifetime vacation starts and ends in New Zealand. Don't pass up your chance to visit and explore paradise.

New Zealand is jam-packed with things to do. The hardest part of planning your holiday will be deciding which to do first!

Take a leap of faith on a bungy at the original Kawarau Bungy site, or New Zealand's highest at the top of the Nevis (both in Queenstown). Or for a completely different style of bungy, why not try the Auckland Harbour Bridge or Taupo Bungy on the Waikato River. As the home of bungy, New Zealand doesn’t disappoint!

Buckle-up, hold tight and head out on a scenic wilderness off-road adventure on one of New Zealand’s comprehensive network of back-country roads and tracks. Or why not try your luck on the colossal sand dunes of the popular Ninety Mile Beach in Northland.

If you come in winter, you might be lucky enough to catch the symphony of colour that is the Aurora Australis. Identical to the Northern Lights, this phenomenon is caused by the collision of atoms and energy-charged particles above the North and South Poles. These collisions are brought to life by spectacular sheets of purple, green, yellow and blue that dance silently across the night sky. The Southern Lights are seen mainly in the southern half of the South Island, in and around Lake Tekapo, Dunedin, Queenstown, Southland and Stewart Island. To maximise your chances, aim for a clear winter's night sky close to a new moon in either July or August.

The Christchurch – Canterbury region stretches from ocean to Alps, contrasting sweeping plains and mountain peaks. Just 1 ½ hours from Christchurch, Mt Hutt is a giant amongst giants that boasts the longest ski season in New Zealand. Nearby Porters is a haven for learners on up.

Whether you're into beer, culture, sport, or all of the above, add a New Zealand event to your itinerary. Browse by category and start planning your trip!

New Zealand’s biggest mainstream music festival tours around the country in the middle of summer. Some of the biggest acts from round the world perform on multiple stages in what is always one of New Zealand’s ‘biggest days out’.

Any festival tagline that says ‘expect the unexpected’ has to be good, and the World Buskers Festival is not just good, it’s great. In to its 18th year over 300,000+ attend each year making Christchurch one of the places to be.

Australia has the Melbourne Cup. New Zealand has the Auckland Cup. This is a thoroughbred racehorse competition competed over 3,200 metres. It is the equivalent of the ‘Grand National’. Go on, take a punt…

It doesn’t take much to explain this festival. It is balloons over Waikato. Done. OK, a little bit more. It is based in Hamilton and is the biggest hot-air balloon event in New Zealand. There are competitions too, and it’s free to enter.

The Southern Lakes Festival of Colour is a biennial celebration of the arts set against the beautiful backdrop of Central Otago lakes. The festival is based in Wanaka but also includes Queenstown, Luggate, Hawea, Cromwell and Glenorchy, so wherever you are in NZ you’ll be covered.

This is the biggest comedy festival in NZ and it is in its 19th year, featuring hundreds of comedians from all over the world. If you want comedy in NZ then Wellington is the place to be.

Otherwise known at the Maori New Year, the Matariki Festival is a celebration of Maori culture, language, spirit and people. This annual event in Auckland has a broad range of such as art workshops & displays, flax weaving, kapa haka performances, music, storytime, movies & many other events.

You can fly between all New Zealand cities and most major towns using domestic air services. Air New Zealand and Jetstar are the main providers. Their services are complemented by regional airlines, charter companies and scenic flight operators. New Zealand has many regional airports, making it easy to get around the country.

Trains are not a common form of public transport in New Zealand; however there are three main train lines operated by KiwiRail: Auckland to Wellington (Northern Explorer), Picton to Christchurch (Coastal Pacific), and Christchurch to the West Coast (the TranzAlpine - considered one fo the most scenic rail journeys in the world). Train tickets start from around NZ$49 per person.

Buses are the cheapest and most common form of public transport available for travelling between towns and cities. Intercity and Naked Bus are the two main providers of this service, and fares start from around NZ$10. Although not public transport, hop-on hop-off buses are also a popular way to get around New Zealand, especially among backpackers. Choose your pass and make up your itinerary as you go along.